It was the last day of our trip, and we were beat! We decided to head to the piers to get some breakfast. We stopped in this mexican joint, Mijita near Pier 1 that had chilaquiles on the menu! We were so stoked! I messed up the order by getting the eggs scrambled instead of over-easy, but I figured they would still be good. 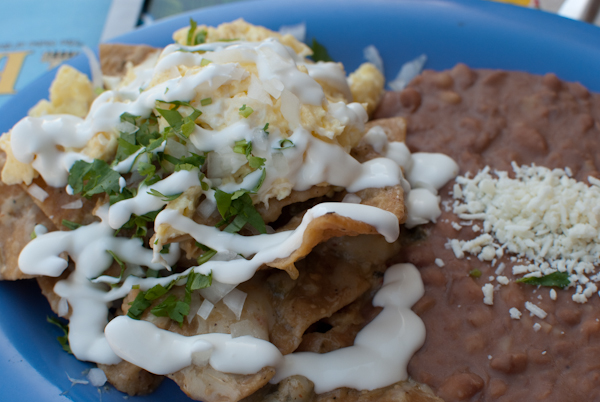 I could not have been more wrong. Lacked flavor all together! I don’t think the place carries salt at all… Needless to say, I don’t have much else to say about them other than the fact that they actually carried Dos Equis. Perhaps the distance from the border is a factor, though I can’t seem to get any decent Mexican food anywhere lately unless I make it myself.

We moseyed along the Embarcardero, and made our way to Kara’s Cupcakes.

One of the Kara’s cupcakes stores we went to resides in Ghiradelli Square. 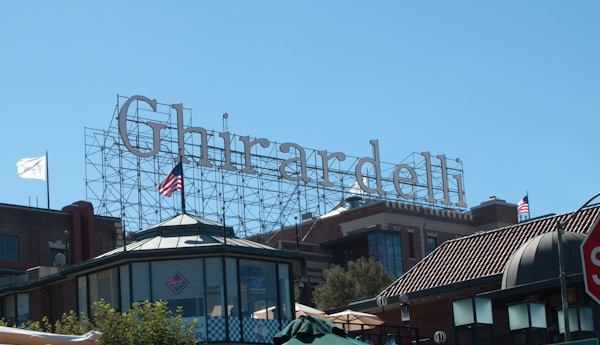 I had to try the chocolate cupcake with raspberry filling, 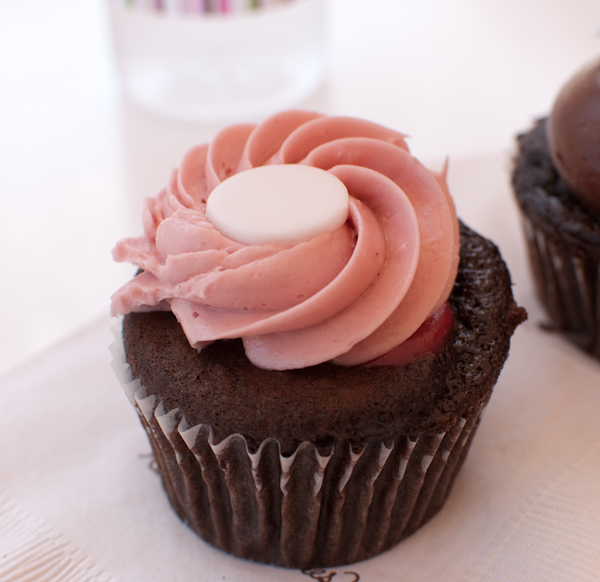 Angel was the double chocolate man! 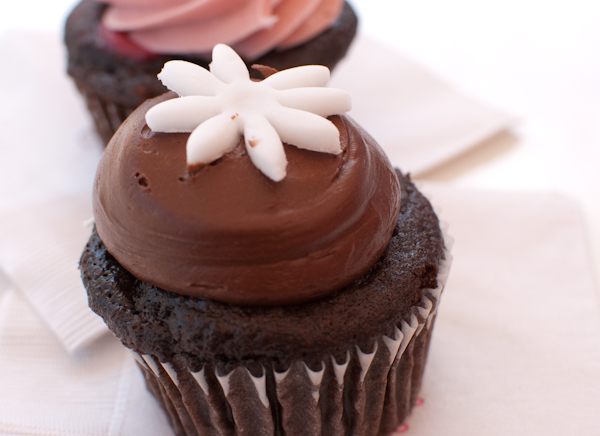 These were seriously the best cupcakes I’ve ever had in my LIFE. They were so light and fluffy, you could probably stuff 4 in your mouth at one time. No joke.

I’ve got to admit, we were plain BEAT! We did have a good night’s sleep the night before, but our bodies weren’t used to doing that much walking. We took a load off at Tiernan’s Irish Pub, and had a GREAT time! It just so happened that Game 3 of the National League Conference Championship between the San Francisco Giants and the Atlanta Braves was being played at the bar. I’ve got to admit that I’ve never experienced that kind of fandom before. I felt like I was at a metal show. Seriously. It was awesome! Especially because the Giants WON!

We made our way back to the hotel via the trolley. 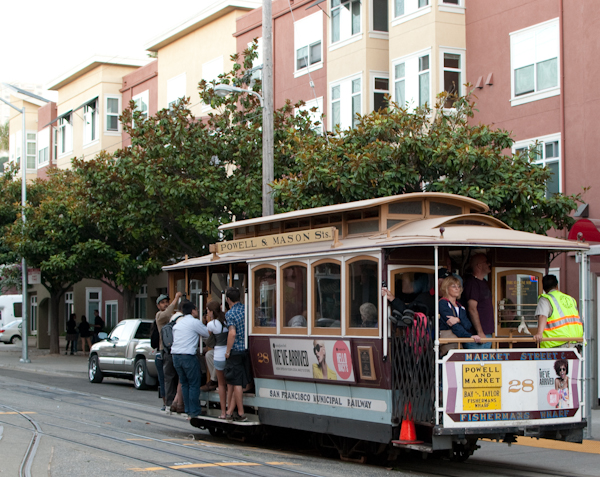 We hung out for a bit, and went to Tian Sing for dinner, and followed that by a visit to Johnny Foley’s Irish House, where we proceeded to drink Guinness with the other visitors, and sing great American folk songs like Sweet Caroline ALL NIGHT LONG! The dim sum at Tian Sing was spectacular too. They rolled around a cart that you could choose from. Cart to table, it just doesn’t get any better than that. Yum YUM!

It was a great end to a great vacation. I will definitely be visiting this great city again sometime very, very soon.