I have never been to a professional football game in my life, so when the Pittsburgh trip was booked, and we had our flight information, we thought it would be a great idea to try to get Pittsburgh Steelers tickets. We tried to get tickets through Ticketmaster I believe it was, but we had no luck at all. I gave up pretty much instantly, and thought it would be cool to at least catch the game at a local bar and hang with the locals. 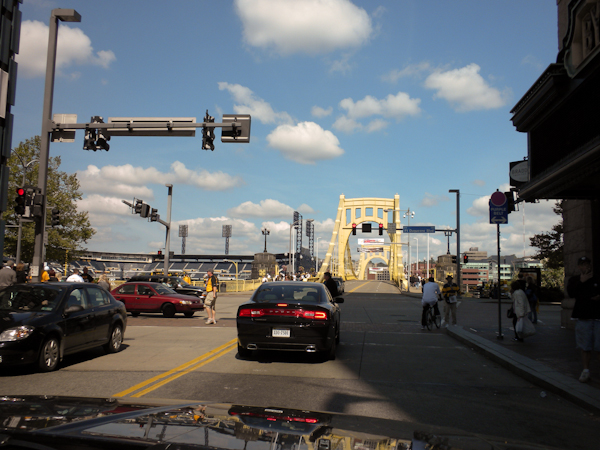 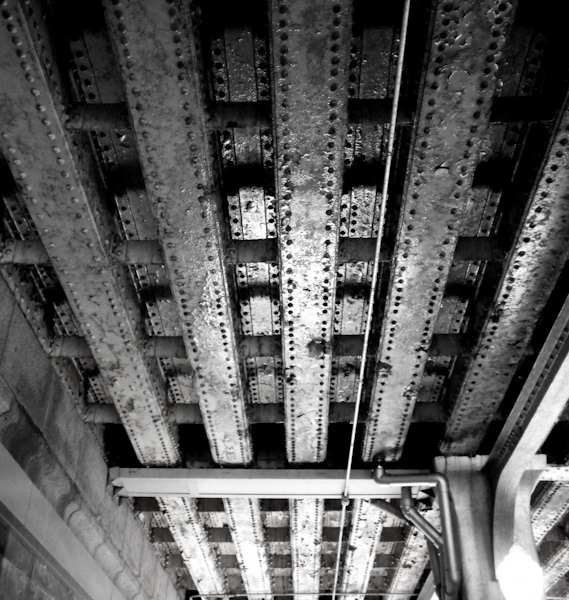 A week went by, and I decided to give it another go. I came across Ticket Exchange, where I guess season ticket holders put their tickets up for sale, and lo and behold, two AWESOME seats were available! We were stoked! We jumped on the opportunity. 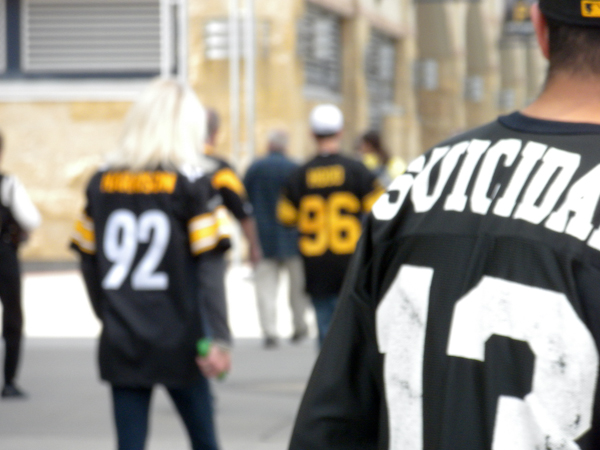 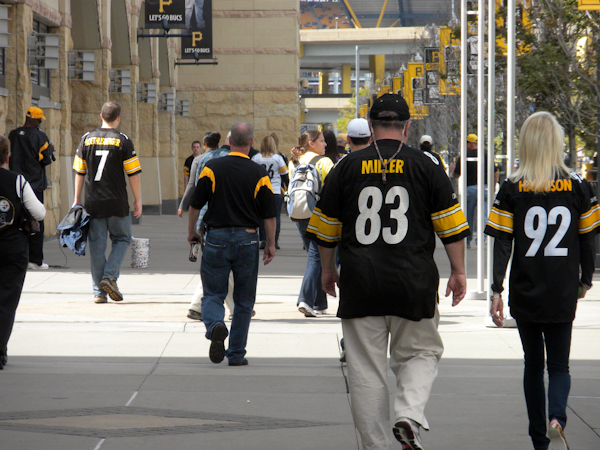 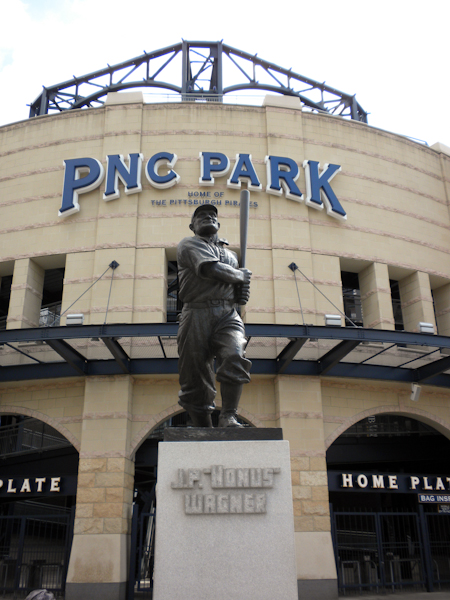 We tried to get there early to get something to eat in ‘dahntahn’, but were rushed. We did manage to eat at Christos, that had great Greek food! We saw everybody walking along the sidewalk towards Heinz field, but we wanted to tailgate, and figured that there was a parking lot to engage in such festivities. There was no such thing! I mean, there were people tailgating and all, but I think that the spots they were parked in were ‘privileged’. 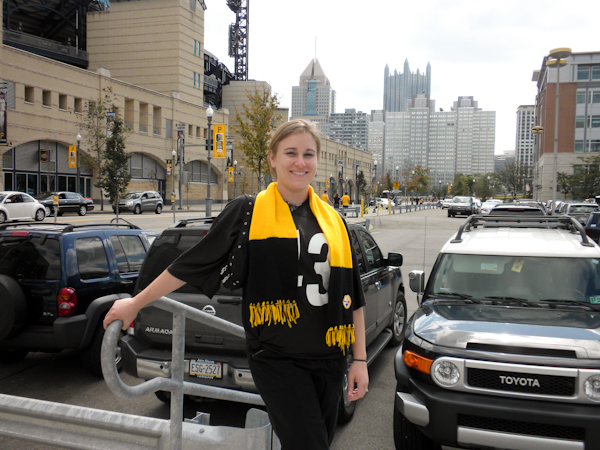 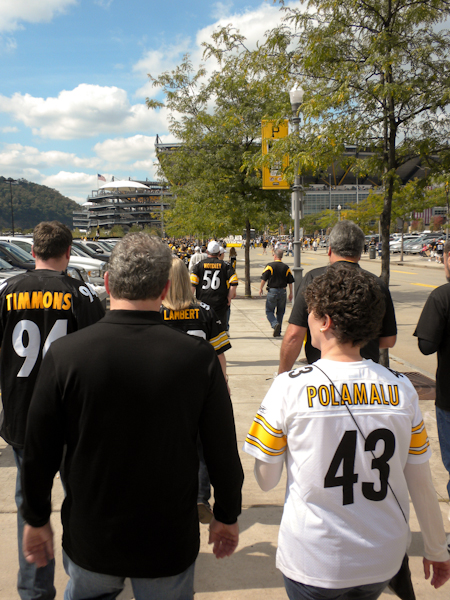 We still had to pay $30 to park in a garage (boooooo!), where we ‘tailgated’ all by our lonesomes. We pounded our Iron City Beers purchased the night before, and made our way to the park, stopping at the bars along the way to get some shots in at Ugly’s! 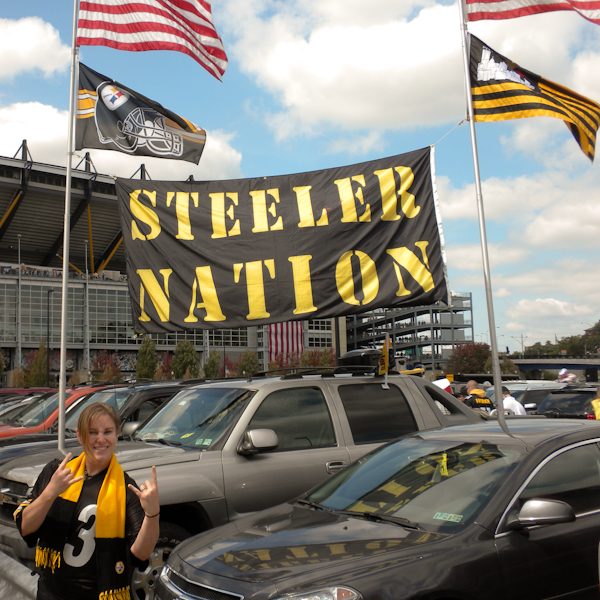 I was amazed at the sea of Steelers jerseys on the long walk in. I know Pittsburgh fans are totally die-hard and all, but seriously EVERYBODY had a jersey on. 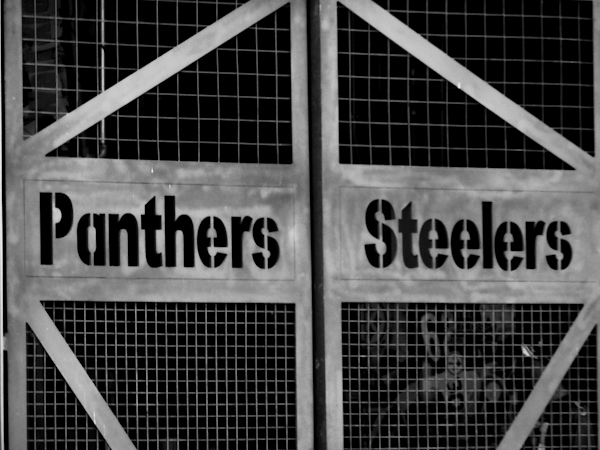 The number of people per square foot grew as we got nearer to the venue, and at the gates we were packed in like cattle. There was no clear line, but nobody seemed to care anyway. We got in, and made the long ass journey to our seats. The rest, as they say, was history! 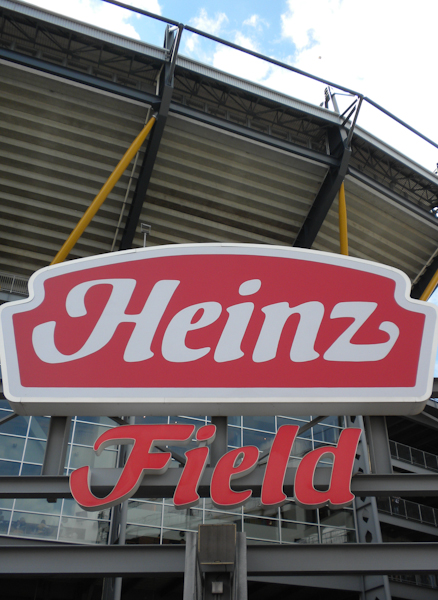 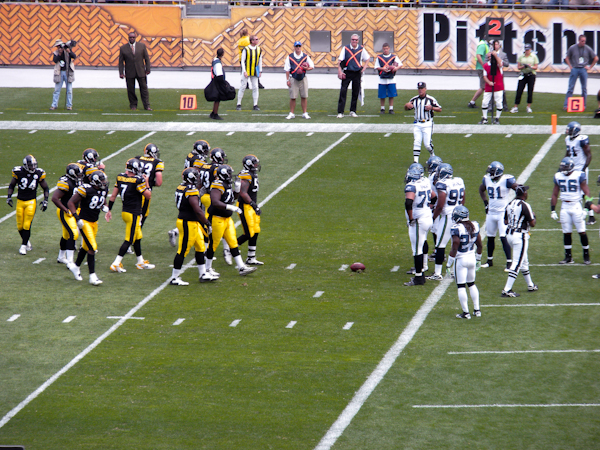 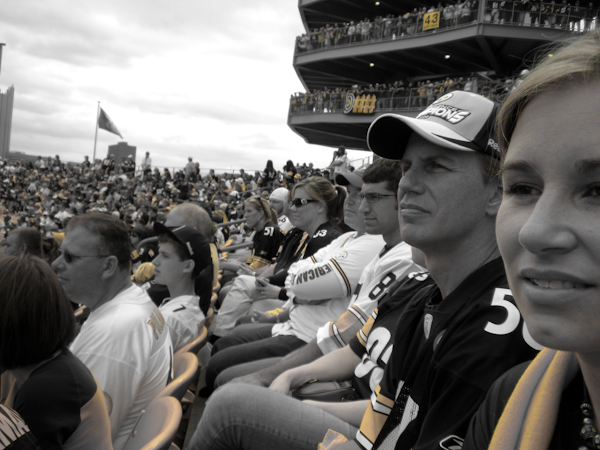 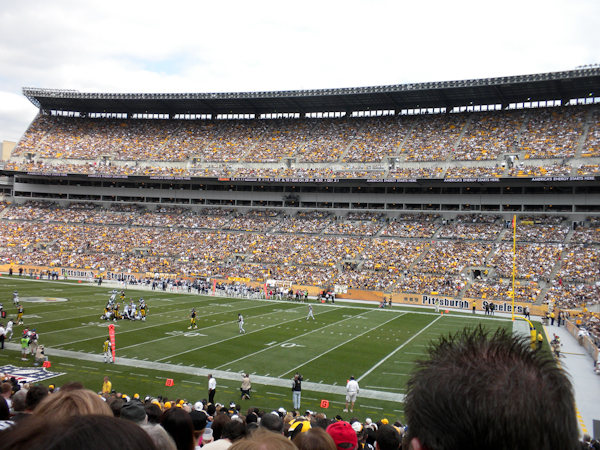 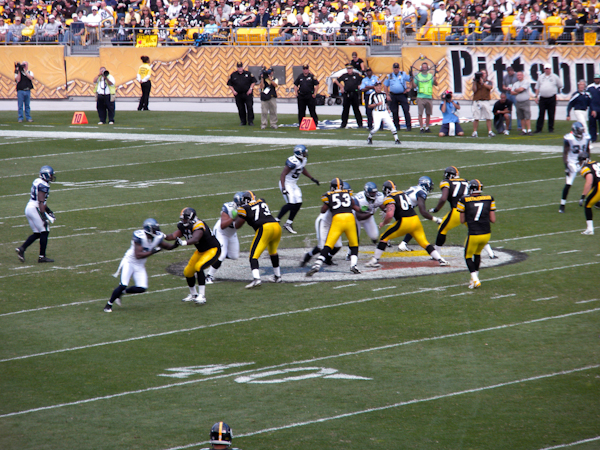 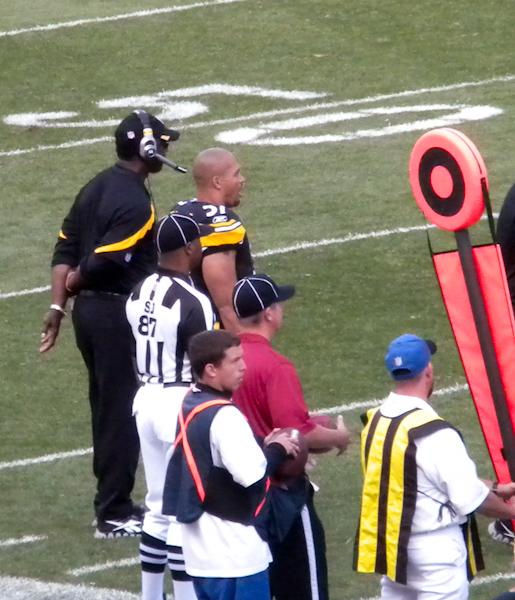 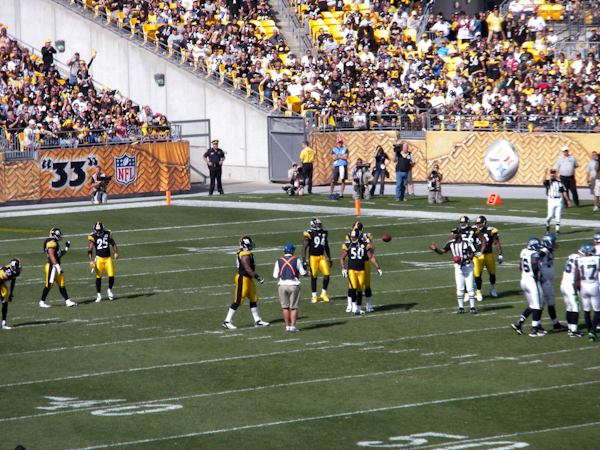 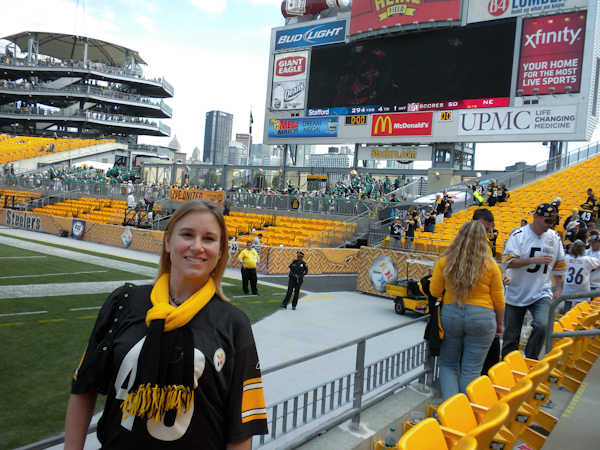 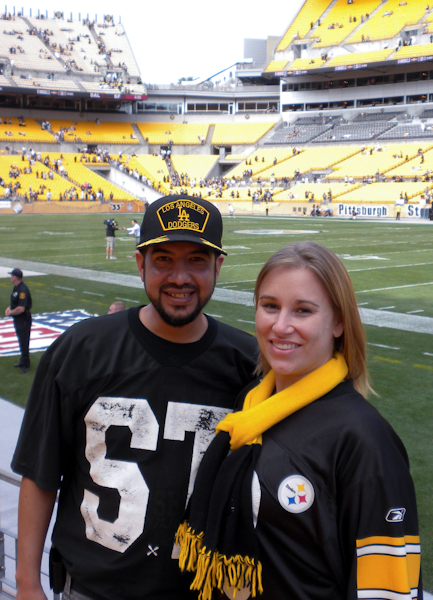 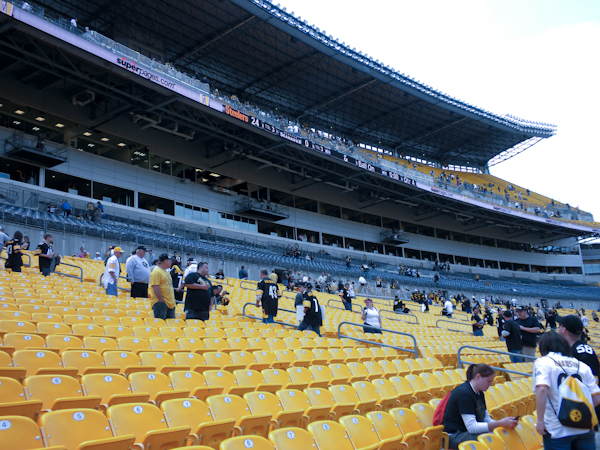 After the game, we got our grub on at SoHo, and prepared for the ride back to the hotel. There, we planned the next day with my Cousin Gary, Aunt Helen & Uncle Howard, and my “Aunt” Janet, who is my mama’s best friend.