Wow, my apologies for not being regular! Three weeks ago, we had a family emergency of sorts. One of our older kitties, Dracula, had to have emergency surgery to remove about a foot of intestine! Talk about nerve-wracking! A couple of days later, we found out the results of some tests that were performed, and it turns out that our poor boy also has cancer. It has been a very emotional couple of weeks, but we’ve settled into a routine now, taking him to his chemotherapy session every week. The prognosis is good, so we’re on our way to better health!

Now that the sad stuff is out of the way, let’s have some fun, shall we? Last week, we were able to get a kitty sitter to watch our boy, while the hubs and I attended Stone Brewing Company’s 16th Anniversary Celebration and Brewers Reception. What a BLAST that was! The tickets were on the higher side (~$75), but with all the special release beers, and gourmet goodies you can eat, I’d say that it was worth it. 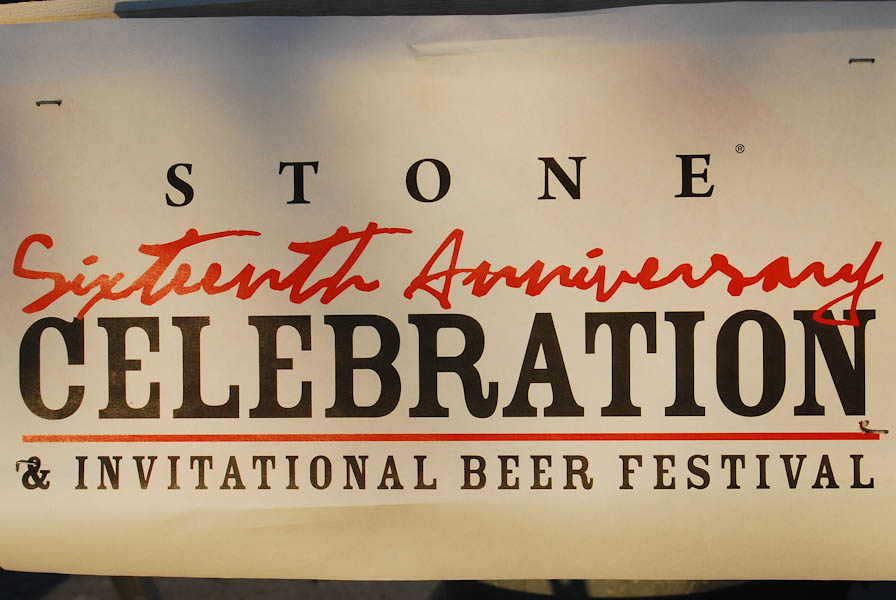 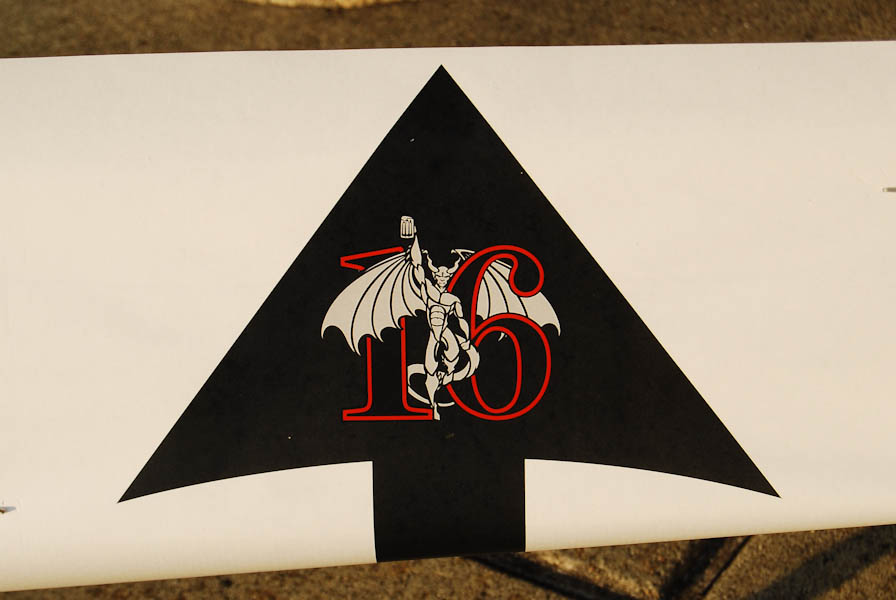 The event was held at CSU San Marcos. What a beautiful campus! 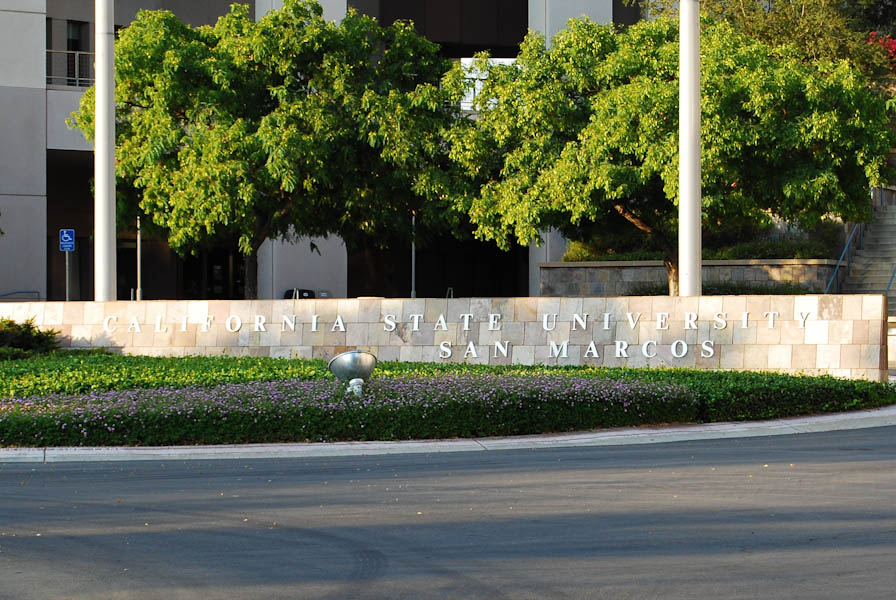 The beer lines were long, but they went incredibly fast! I should have taken notes on the beer samples I tasted, but alas I did not. I did love them all, really, so you can’t go wrong with any of them! I think the beer that stood out the most to me was Redstone Meadery’s Nectar of the Hops. You got a hit of honey right away, and although sweeter than I generally like, it was unique and fantastic!

La Valencia Hotel served up Moroccan Spiced Chicken in clever natural dried leaf material? I don’t know exactly what it was, but I loved eating it, just for it’s clever container! It was spiced well, and the Israeli Couscous on the bottom was delicious! 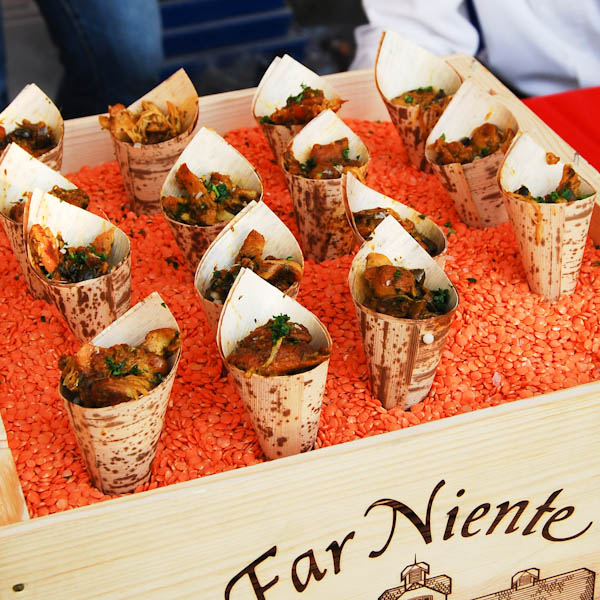 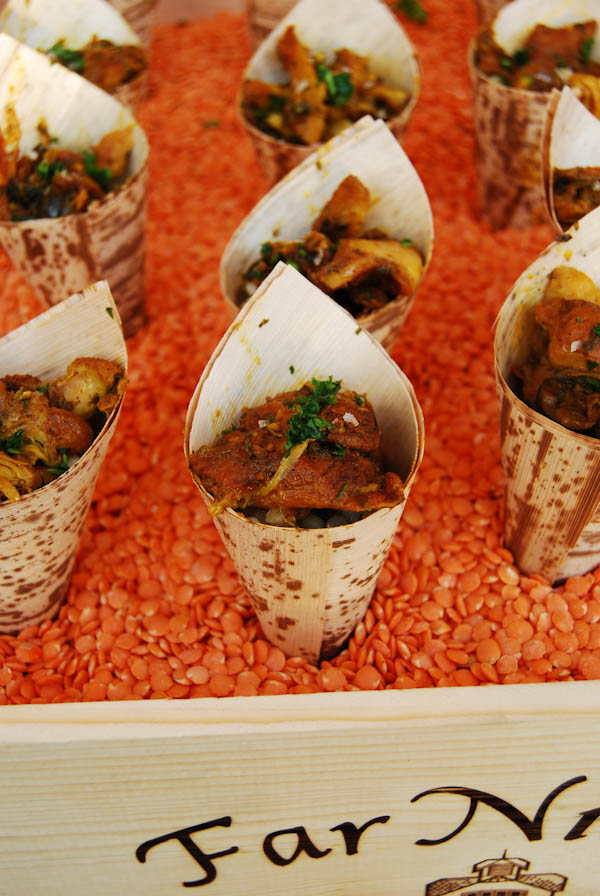 After getting some food in our bellies, we moved on to Beer Station #1! 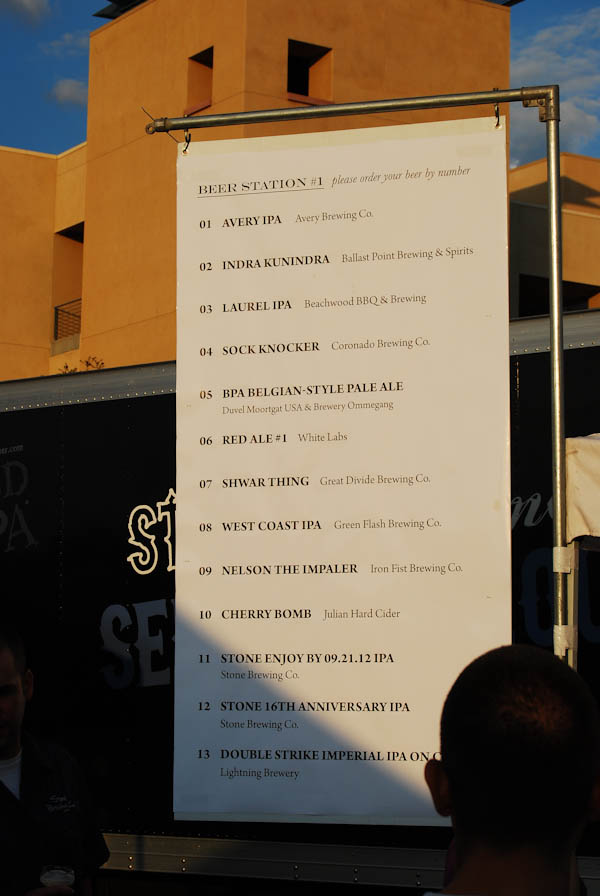 I started off with #09 – Nelson the Impaler by Iron Fist Brewing Co. Like I said, I didn’t take notes, but I loved everything I tasted!

This was the hot food station of the night – Churchill’s Pub & Grille, serving up awesome Spicy IPA Sliders with housemade ketchup, onion strings, and this roll?! So herb-y and delicious. Meat cooked perfectly. Wowie! 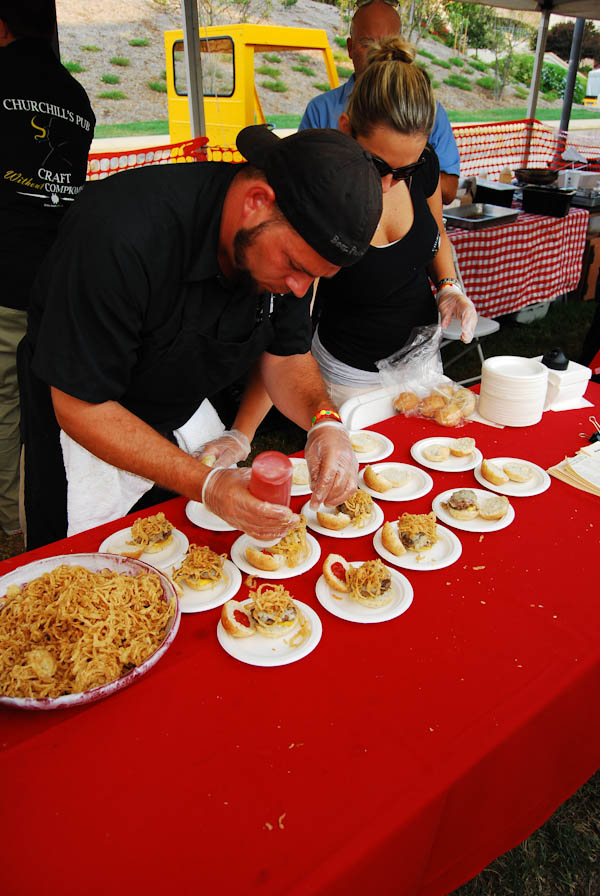 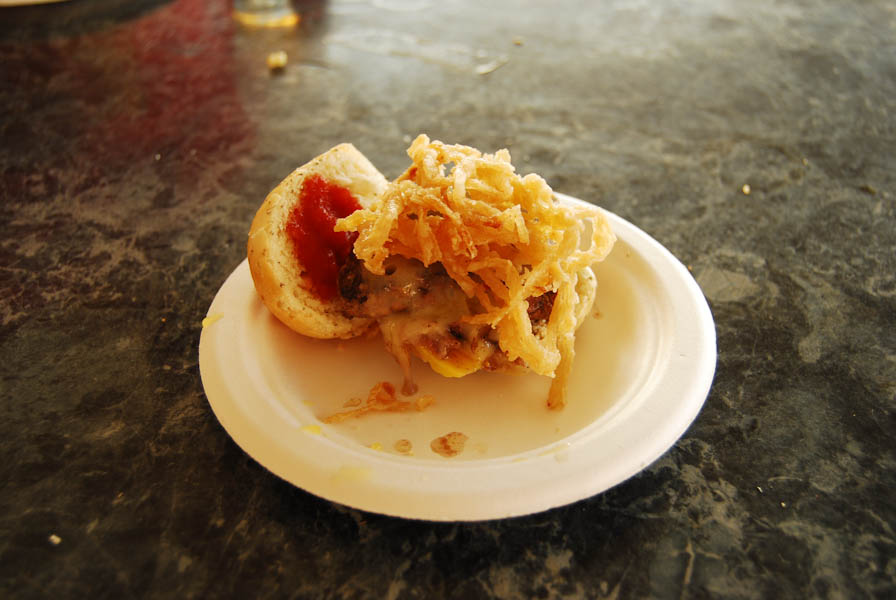 We tasted more beer, and moved on to more food. The Handlery Hotel knocked it out of the park with this Rancho Rednecko Parfait. Layered tortilla chips, shredded Rancho Rednecko chicken, cheese, pico de gallo, and guacamole. I swear there were carrots in there too – doesn’t it look like it?! (there were; they must have just left it out of the description). 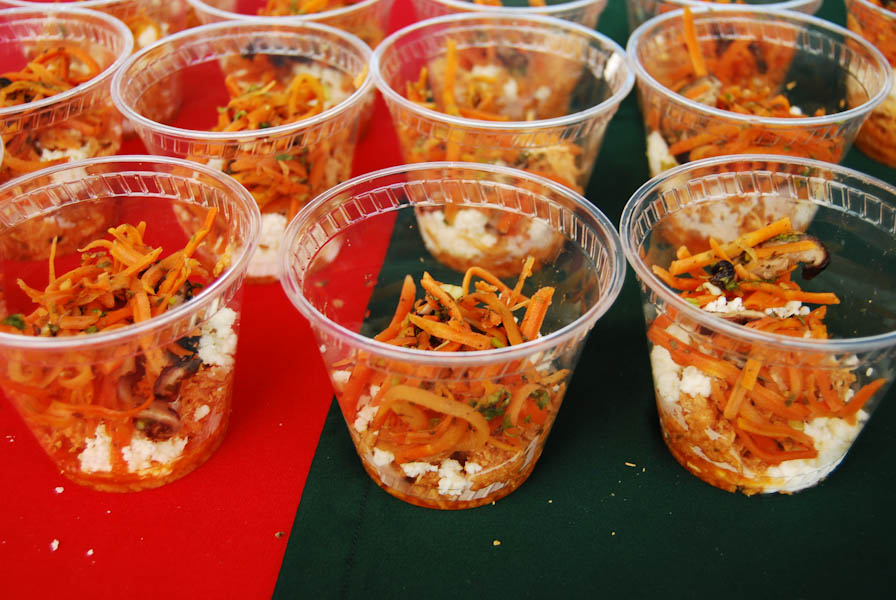 Next up, was E.A.T‘s Wild Mushroom Quesadillas with creme fraiche & smoked sea salt. Earthy, creamy, well-balanced, and super cool lady! This place is first on our list when we get back to these parts. 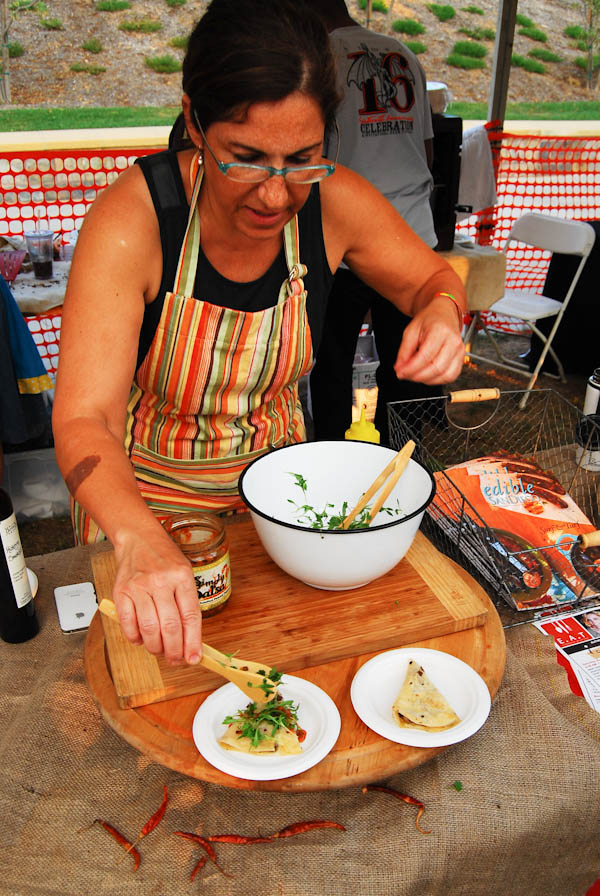 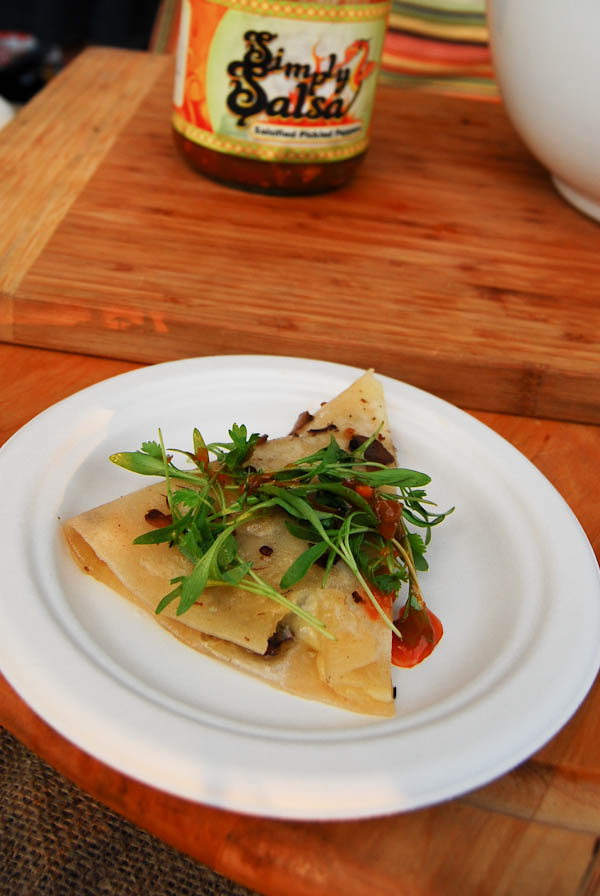 I know it looks like all we were doing was eating, but that was NOT THE CASE! Proof: 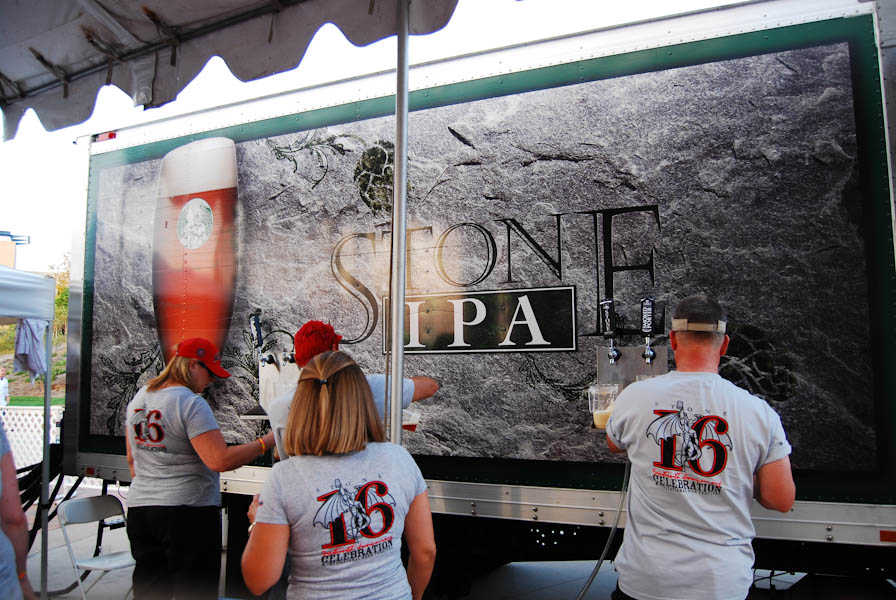 This, THIS was glorious, though it was tough to find room in our stomachs. We were successful though. Amore Cheesecakes served up these beauties: Arrogant Bastard Ale Brownies. Perfectly moist, and just cakey enough. Heaven! 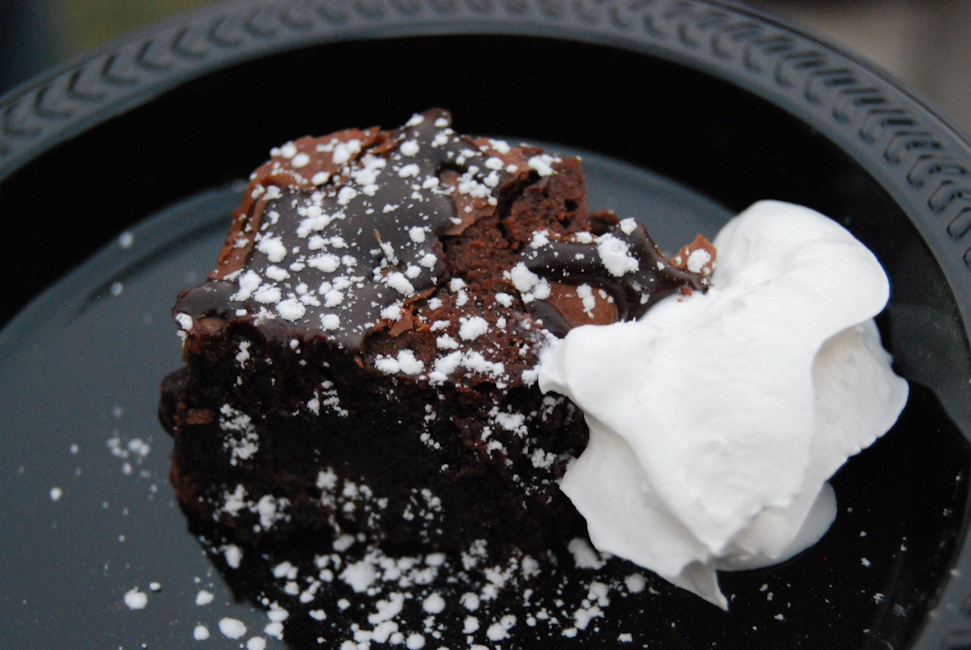 We tasted more beer and mingled with the peeps. Overall it was a great night! 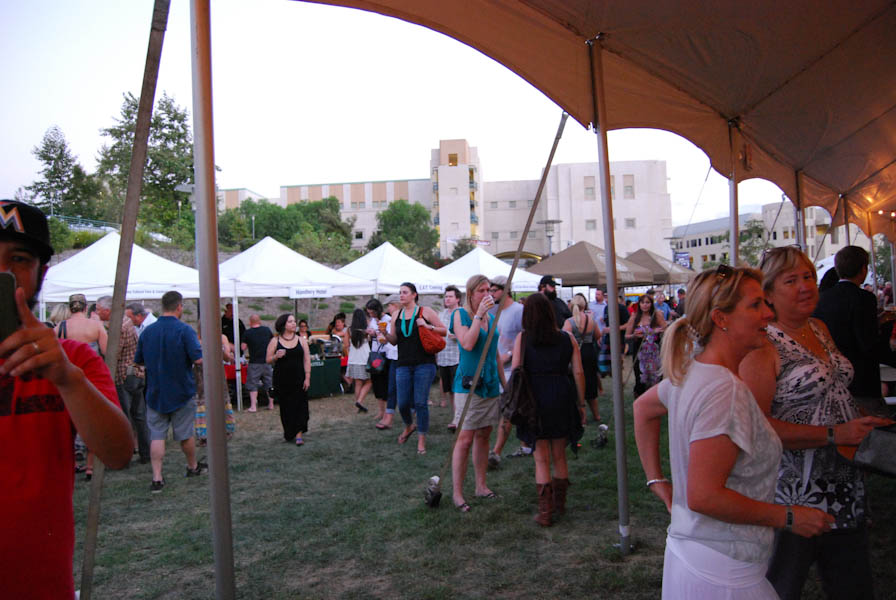 Jimmy and Enrique provided some chillaxin’ tunes to enjoy the spectacular beer and food for the night. 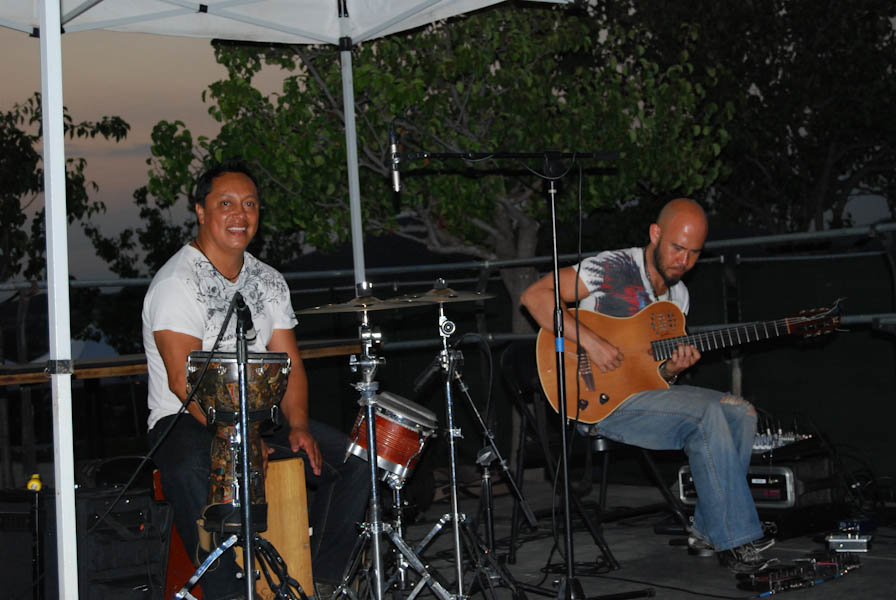 As they say, all good things must come to an end. Until next year, Stone Brewing Co.! We had a blast! 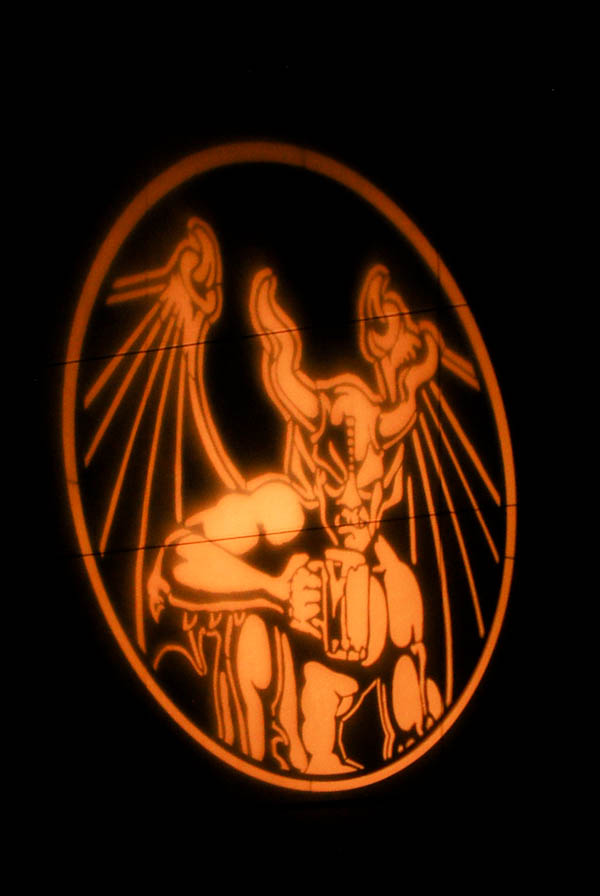 I hope you enjoyed this review! Let me know if you try any of the featured breweries/restaurants on this list. I’d love to hear what you think!