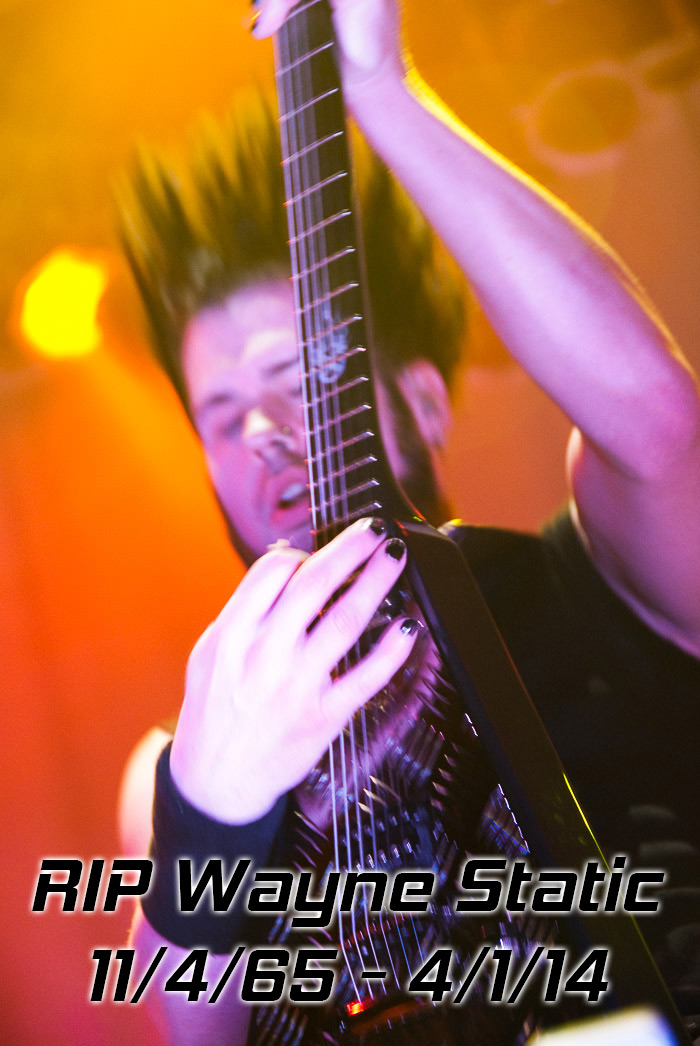 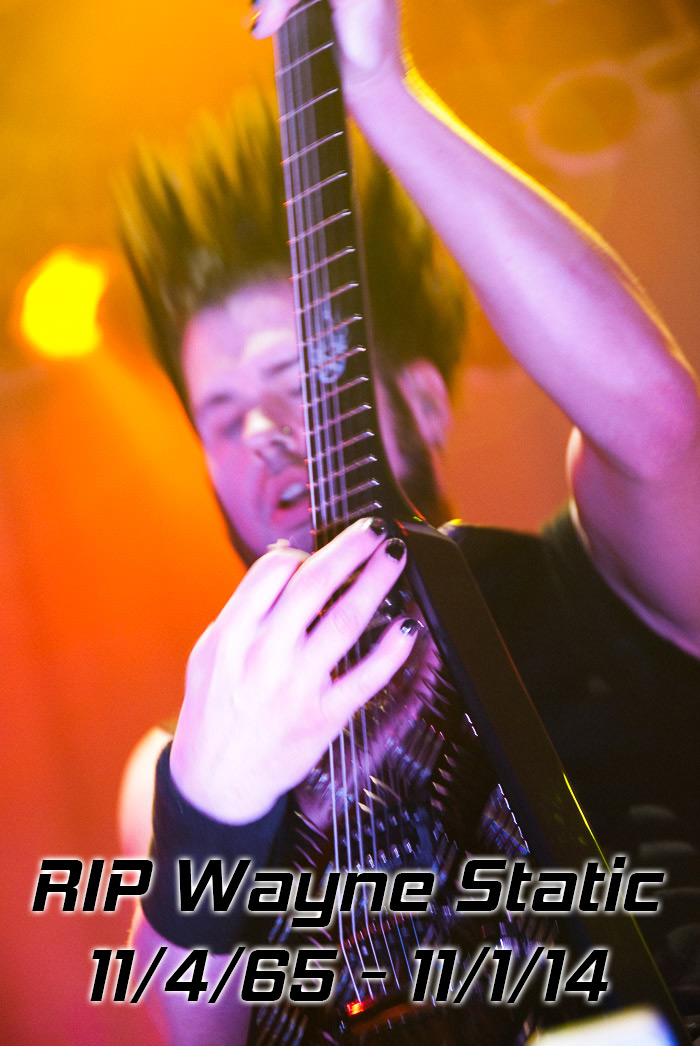 Yesterday, Wayne Static of Static-X passed away. Static-X has been a huge part of my life since 1998, and I’m deeply saddened by Wayne’s passing. To honor his memory, I want to share my story.

This will be in a few installments, because I want to be complete and not leave out any details.

I moved to California in 1997 to be with a boy, and waited a year to get back to college to gain residency because out-of-state tuition is a bitch. The year was 1998, and to continue my path of singing, I joined the CSUSB Concert Choir. It was fall quarter, so we had a Halloween concert, and after the concert, me and the boy had plans to see his friend’s band play in Hollywood. I was a bit upset about it all, because things didn’t quite go my way, and I really didn’t want to go. The band was Mygrain, and the venue was the Roxy. Mygrain played, and they were just OK, but then the headliner came on. This dude with spiked up hair was at the helm, and the band was super tight. I was literally quite amazed with their performance, because most of the time, metal bands are not normally as good as their recordings. This band was different though. They were like a metronome – perfect time, perfect pitch, cool looking. The pit was nuts – I got a thumb stuck in my eyeball. Nothing’s better than going home from a metal show with a few battle scars! The night turned out to be amazing after seeing this band. It was Static-X, and I was a full-blown fan in an instant. I knew that they were going to be something big. 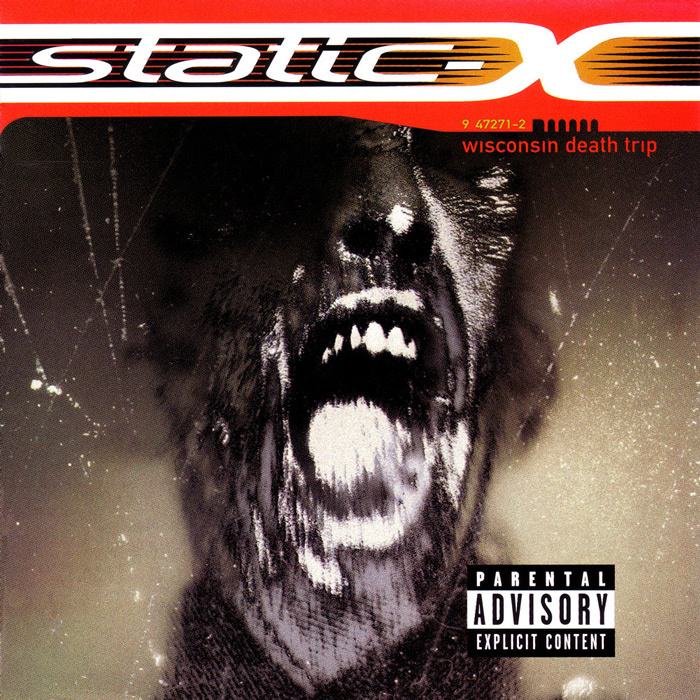 The rest was history. I picked up their CD at the local Wherehouse record store – Wisconsin Death Trip. The copyright date says 1999, but I swear the year had to be 1998 that I saw them play. At any rate, I put the CD in the radio player of my 1995 Chevy Corsica, and that’s where it stayed for over a year. I worked at T.G.I.Friday’s and was going to school at CSUSB, so I was in my car quite a bit. I listened to this album relentlessly. That’s my m.o. – I’ll listen to an album constantly if I like it, and eventually I’ll get burnt out on it. That didn’t really happen with this album. I listened to it, and never ever got bored of it. Think about it – an entire year. That’s a long time of listening to the same thing over, and over, and over again. As a result this album became more than just an album – it became woven into my soul’s fabric.

It wasn’t long after that I broke up with the boy, and the album – Wisconsin Death Trip became my soundtrack to heartbreak. Because of my job, I was able to go back home to Las Vegas for a spell, and continue to work for a bit. After this album was released, Static-X toured a lot, and they came to Vegas in 2000, and played at the House of Blues in the Mandalay Bay. All of my friends at the time had previous engagements, but I was not deterred from going to this show. It was the first metal show I ever went to by myself, and I had a blast. It’s where I got my first Static-X concert shirt that still hangs in my closet today. I stopped wearing it because it’s got holes all in it. I’ll give it one last whirl today. 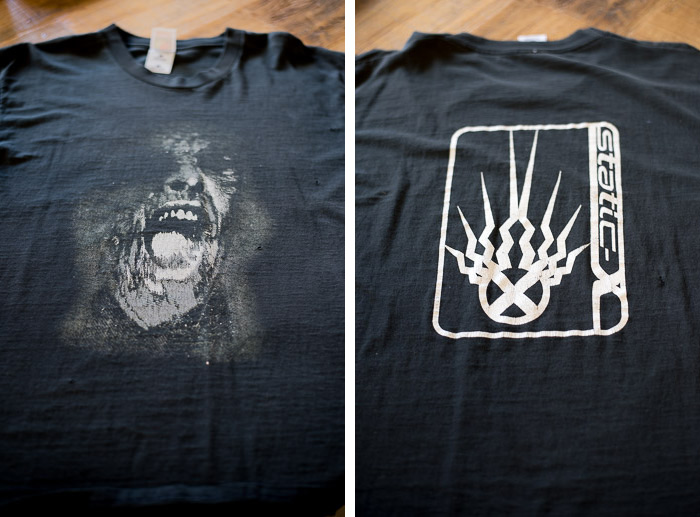 With a heavy heart,