I have been on a weird food kick lately. I’ve been browsing around Cost Plus World Market, and I’ve been finding things that have piqued my interest. One of the things that I had picked up were Thai Rice Stick. They looked to be about the same shape as linguine, only made with rice flour. I thought maybe they would be like glass noodles (something else I’ve never cooked), but I decided to give them a try.

What was I to make with these noodles? During the weekend, I acquired a bounty of veggies that were going to help me out: 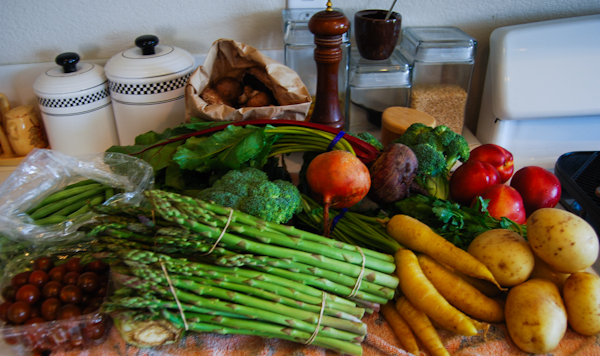 Being at a loss for which ones to choose for this dish, I went for the gold and chose most of them. 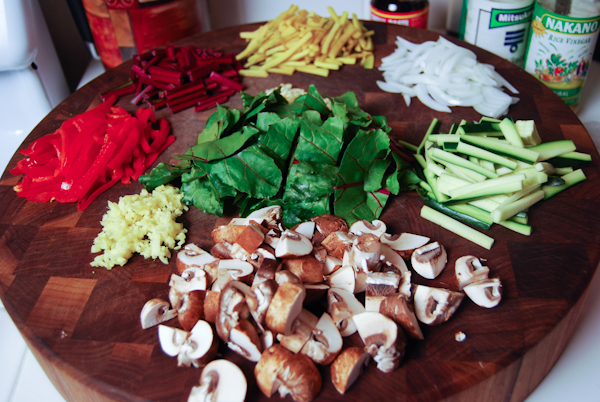 Another ingredient that I was eager to try out were the leafy greens on the beets. I had heard that they were edible, but had never cooked them up myself. So, I decided to throw those in too. While we’re at it, let’s try the stems!

First, I started by cooking the salmon. I knew the cooking of the veggies would go quickly, and figured the salmon could rest a bit while it’s partners in crime were cooking. I seasoned it with cajun seasoning, salt and pepper. 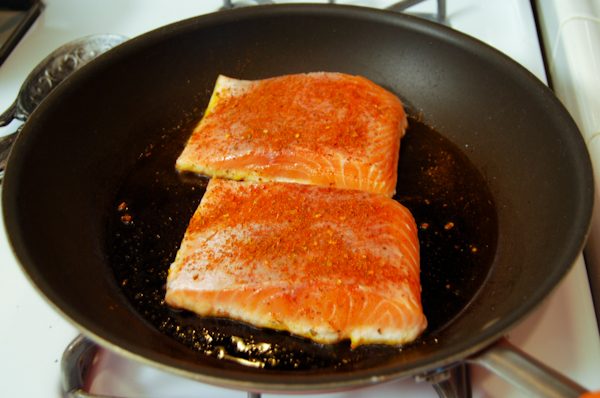 Then I started the veggies, beginning with the carrots and beet stems. 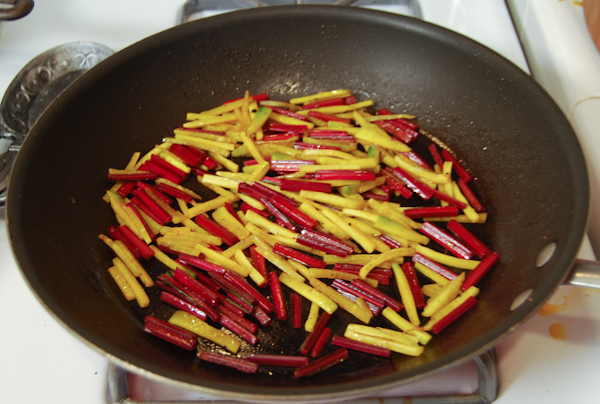 Then added in pretty much everything else. 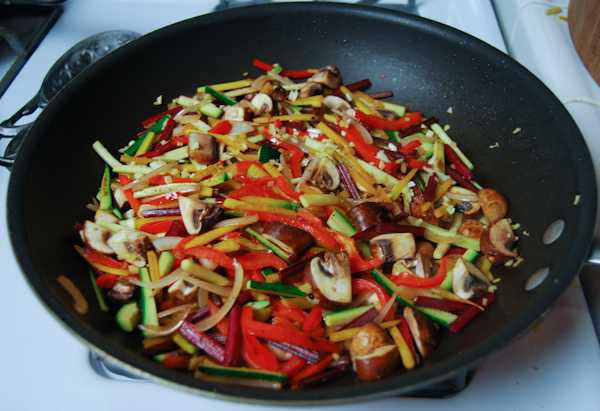 What I should have done was take the veggies out at this point, but I didn’t. Lesson learned. I deglazed the pan with a cup of white wine, then added in garlic, ginger, soy sauce, rice vinegar, chicken stock, chili paste, and some Siracha to give it a little kick. Once those were all incorporated, I added in a handful of rice sticks. This was the reason I wish I had taken out the veggies first… they hindered the cooking of the noodles a bit. Everything worked out just fine in the end, though! 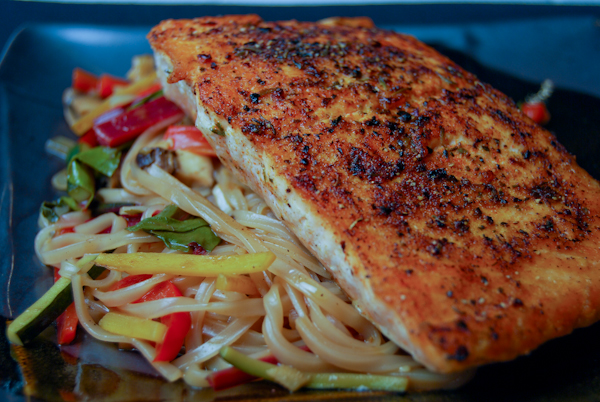 Start by heating olive oil in a pan over medium-high heat. Season salmon pieces with cajun seasoning, salt, and pepper to your liking, and cook to desired doneness, about 4-5 minutes each side. Reserve. In the same pan, heat a little bit more olive oil, turn the heat to high, and add in the beet stems and carrot sticks. Cook for 1-2 minutes. Add in the red peppers and onions, and cook for 1-2 minutes more. Zucchini and mushrooms are next, cooking for 1-2 minutes, and finally add in the beet greens, ginger and garlic. Cook until the greens are slightly wilted, about 1-2 minutes. Remove the veggies from the pan to a plate, and deglaze the pan with white wine, and let it reduce for a minute or two. The chili paste should be added next. It can be a bit pasty, so try to break it up a bit before adding the soy sauce, rice vinegar, and siracha. Bring mixture up to a boil, and add rice sticks. Cook the rice sticks as per package directions, and then re-introduce the veggies to the pan. Toss to coat, and heat through. Plate a portion of the noodle/veggie mixture, top with salmon, and garnish with a drizzle of sesame oil.