We had a crappy airport breakfast that started off our vacation, so I was determined to find a more respectable breakfast for day two. Summer Tomato had supplied her readers(me) with an awesome list of must-eat places in San Francisco, so I heeded her advice, and planned to visit Tartine Bakery! 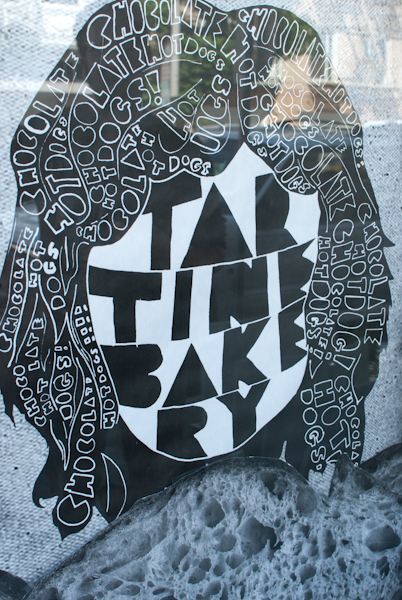 This bakery is one of those places that you can smell blocks away. It’s kind of tucked away, and by the store front, you’d never know what type of store it was. Though, with the line of people wrapping around the building, and the delicious smells wafting through the air, it’s pretty much un-mistakeable! 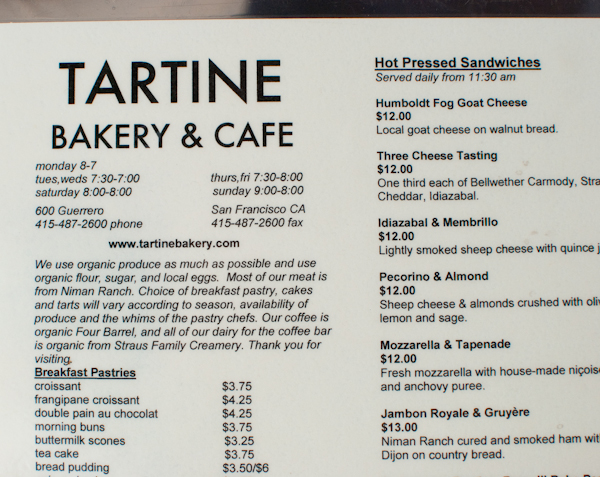 Quiche with chanterelle mushrooms and tomatoes would start us off, 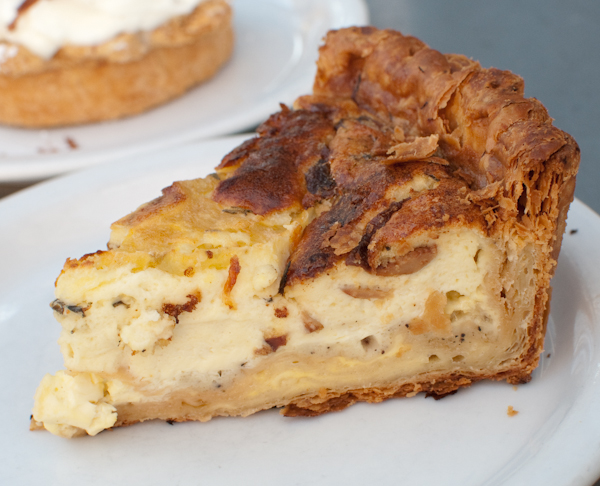 and we would finish with a decadent and rich chocolate/banana cream tart! 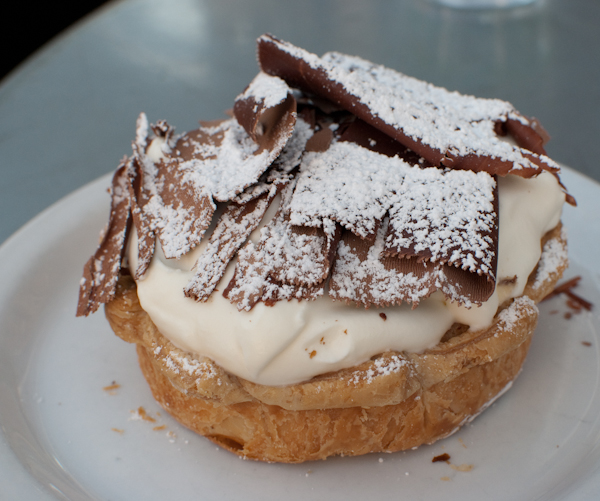 We were zinging on the sugar rush before we knew it, and were itching to continue our exploration of San Francisco.

Not two stores down was the Bi-Rite market. I died in this store. The cheese case was spectacular, and the meat case even more-so! 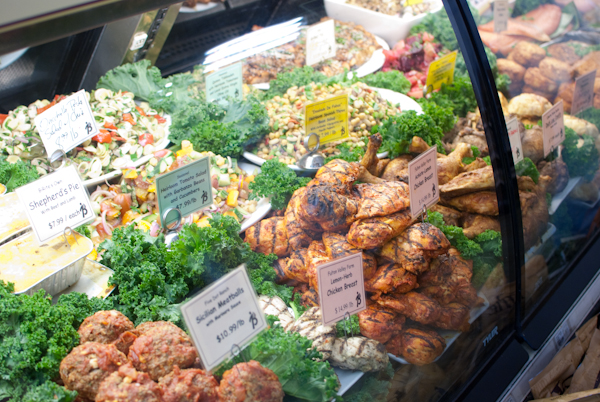 They had different types of figs that seemed to be bursting with sweet promise, beautiful produce all around, but I just I couldn’t resist the cheese. The cheese!

With Angel peeling me out of the store, we continued our journey. 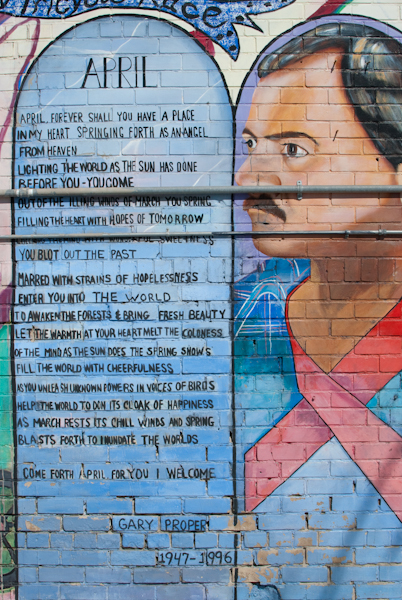 We should have known from the Harvey Milk graffiti, but it really hit us when we decided to quench our thirst at a random bar that looked cool. The bartender was shirtless, nipples pierced. We were in the Casto district, known for it’s gay community. I do go to gay bars down here in the Inland Empire from time to time. They’ve always got an open vibe that I really like, but to see a shirtless bartender in the middle of the day was kind of a shock! The bartender was extremely hospitable – he even tried to find us a metal show to tear up! He looked like a buff Antonio from that Antonio Treatment show on HGTV. Very very hot! 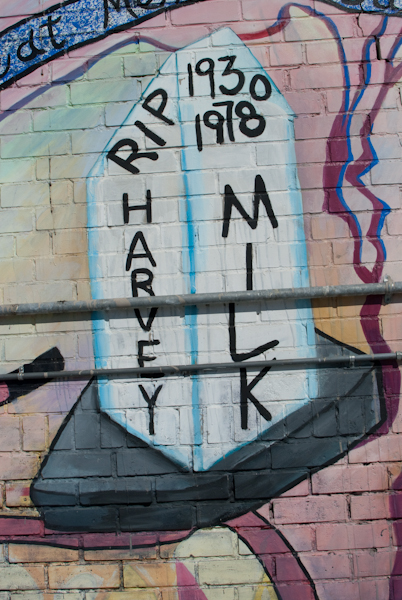 Time was a-ticking, and we made it to Pier 33 just in time for our Alcatraz tour. 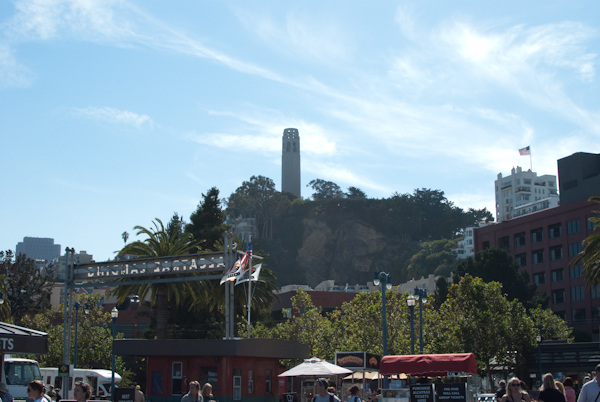 The boat ride was pretty cool! There were great views of Alcatraz Island and the Bay Bridge. 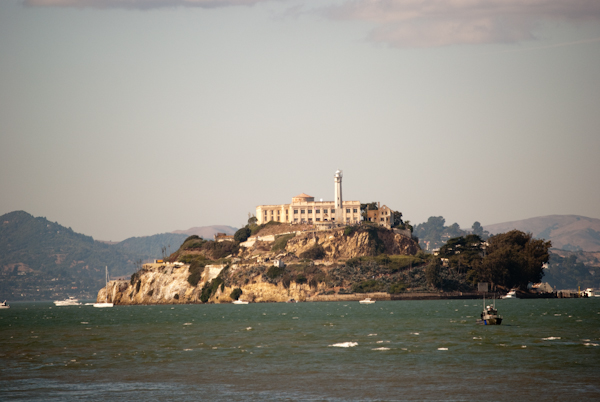 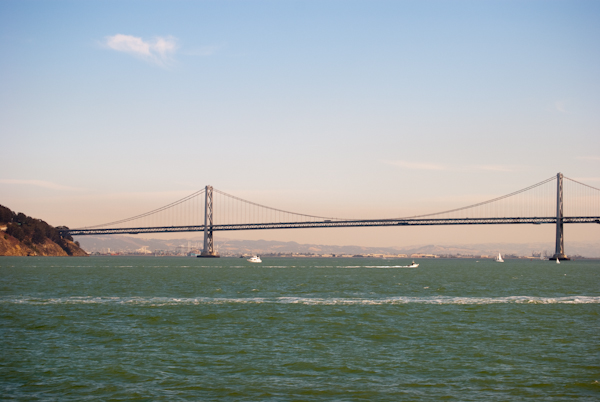 Again with the obligatory tourist shot: 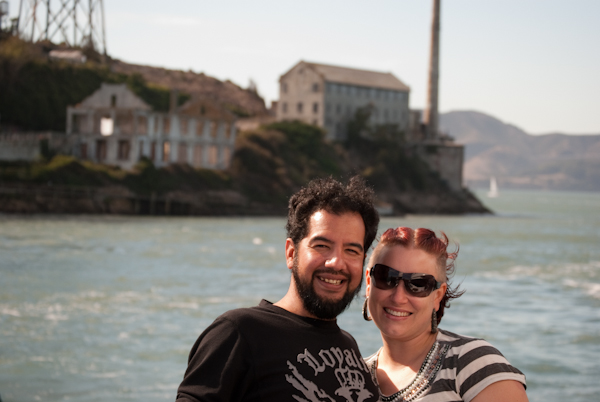 The tour was awesome. I thought that we would be limited with the places we could explore, but it really seemed like we had free reign of the place. 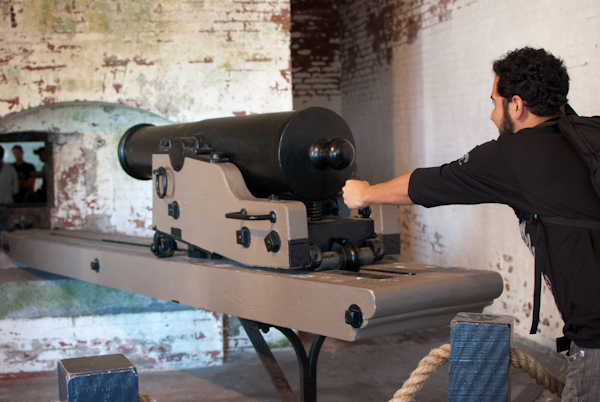 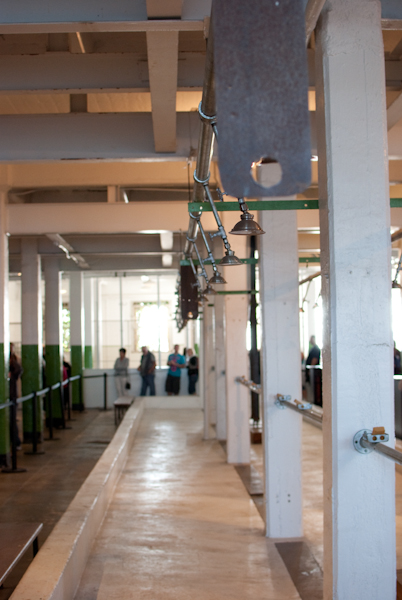 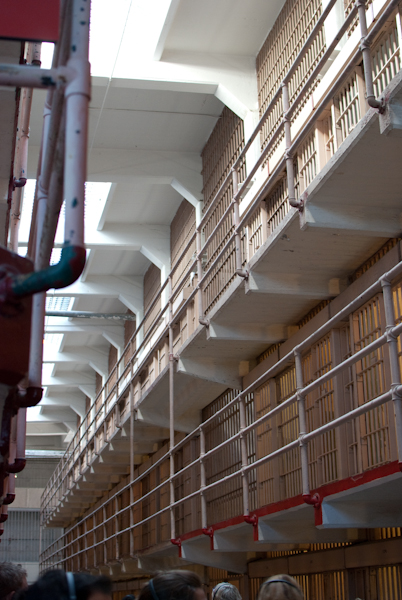 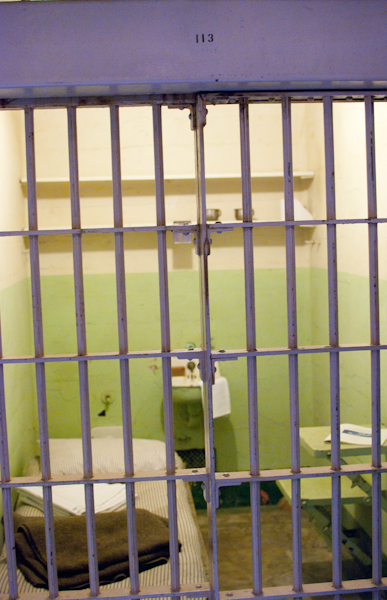 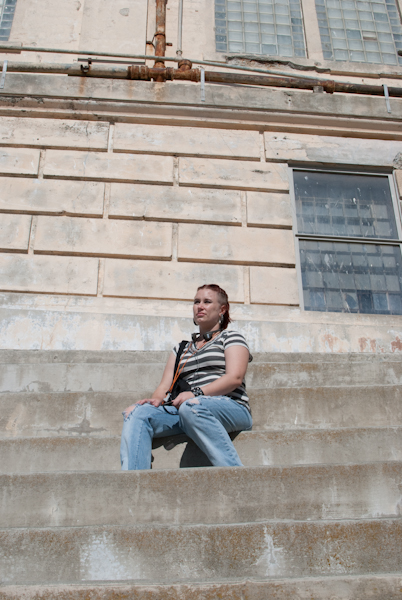 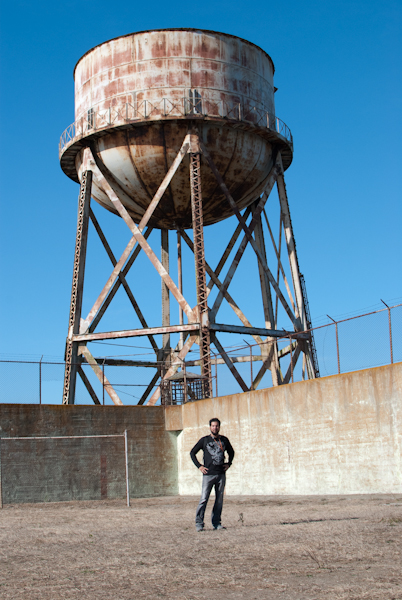 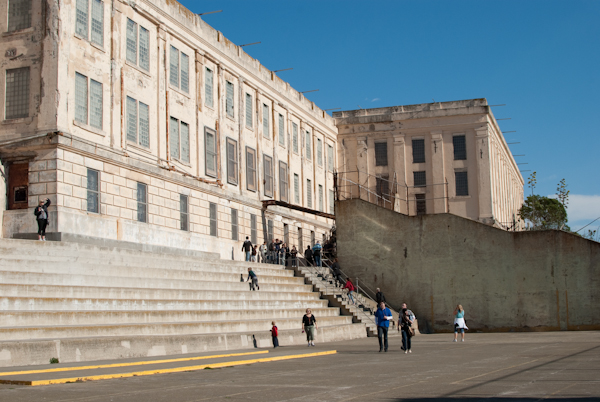 The Navy’s Blue Angels were practicing and performing the week we were there, and I snapped this shot as they were flying by Alcatraz. They were SO LOUD. Wow. 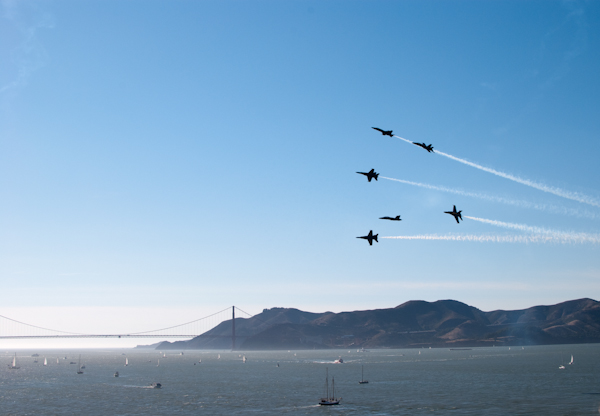 This particular cell was one of a few cells deemed “solitary confinement”. A guard was there, and asked if we wanted to get locked in! Reluctantly, I agreed, and it was pitch black – total sensory deprivation. Spooky, but cool. I didn’t get any heebie-jeebies, so at least there’s that. 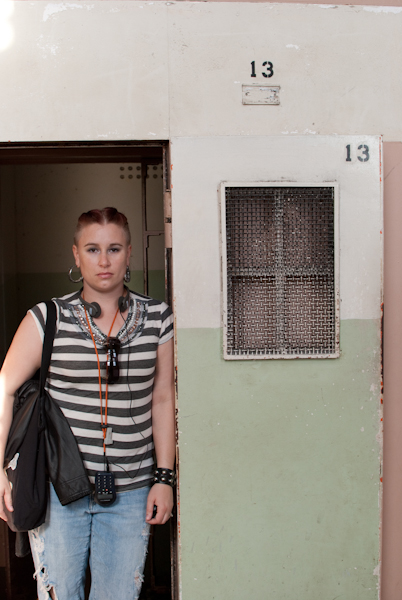 Alcatraz was great, but come 2.5 hours into it, we were done. Back to the pier, and back to the hotel. I tried calling Wayfare Tavern to see if we could get reservations, but no one was answering the phone, so we decided to go there anyway to see if we could get a table. We got turned away, though with the promise of an early reservation for Saturday night, and went on to Palio’s. The service was great, the food, even better. My advice though: don’t get the $1 martini that they promise with the purchase of the 3 course meal. For a place that serves such good food, I was actually a little offended that they made such a disaster of a Manhattan. It was un-drinkable. If you ever want to know *MY* way of making a Manhattan, just let me know. You know where to find me.