On October 6th, my weekend started early. For weeks, even months, Angel and I had a trip to San Francisco planned, and I was so excited about the whole thing, that I actually lost sleep over it.

This trip was planned as a birthday trip of sorts for Angel. His birthday was the 12th. So, for his birthday I told him that I would plan everything out, and we wouldn’t have a shortage of things to do. When we went to Holland for our honeymoon, we didn’t research anything, and I think we really missed out. 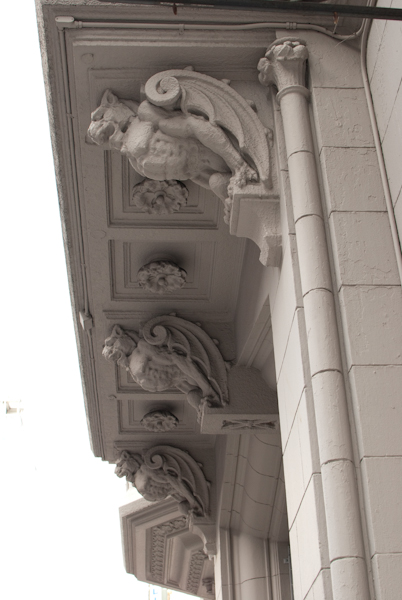 So, I had planned the following attractions while in San Francisco:

There are probably some other attractions that I’m missing, but that’s quite a bit to conquer in just 4 days! Then, you know me, it is all about the restaurants too! At the last minute, Darya Pino over at Summer Tomato had pointed me in the right direction, along with some other places I knew about from other sources. Our restaurant tour included the following:

An equally if not more impressive list. It was absolutely absurd to think that I would make it to each and every destination. I don’t think that I honestly thought I would get to every one, but Lord knows, we tried! Due to not being able to drive ourselves around, we got to some places that weren’t on the list, but that’s ok. Spontaneity is a good thing! 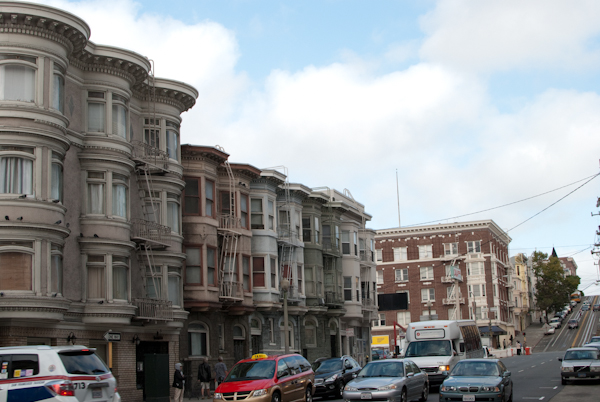 So, the above list was the plan. I had stayed up on Tuesday night fretting over the planning of everything, and ended up going to work on Wednesday with 3 hours of sleep. To make things worse, the night before our trip (Wednesday), we had stayed up packing and readying the house for our absence. We had to wake up at 2:30 AM to get to the San Diego Airport by 5AM for our 7AM flight. Talk about TIRED! I didn’t sleep much on the 1+ hour flight, but we managed to get to our hotel by 10AM only to find that no early check-in was available, so we needed to return at around 3PM. GREAT!

We checked our luggage, and here is where the adventure really begins. I had planned a light day for Thursday because I knew we would be tired. Lombard Street was first on the list, so that’s where we headed! We weren’t familiar with the bus system yet, so we decided to go by foot. On our journey, I was in desperate need of coffee, so I grabbed a mocha at this cute little corner cafe: 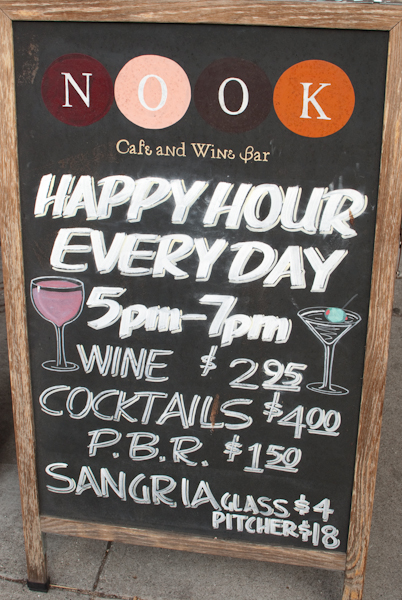 It was quite a walk, and we were so so tired, but Lombard Street was absolutely BEAUTIFUL! The gardens that surround the street were full of hydrangeas, and was so well manicured and gorgeous. We took our obligatory tourist shots, and went on our way.

This is Lombard Street from the very tip top. You can see a part of the Bay Bridge in the background there on the left. 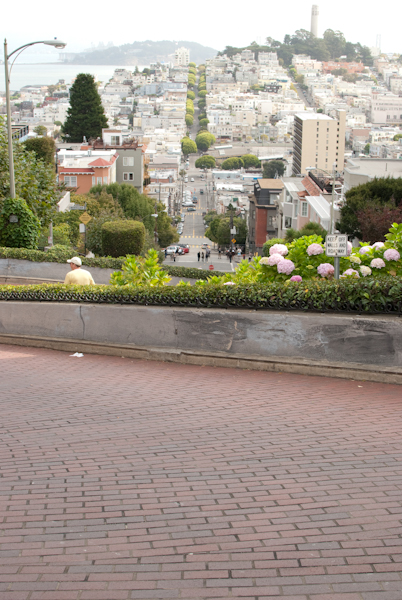 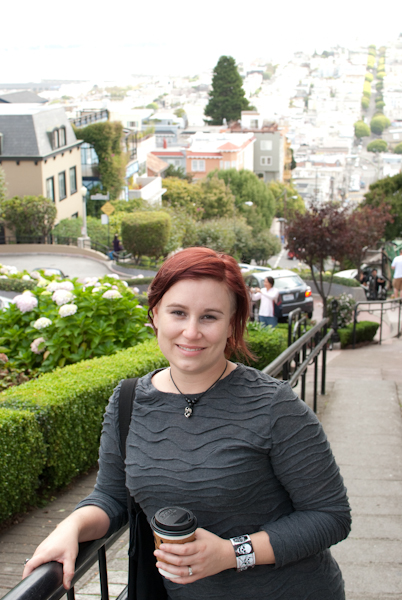 This is about halfway down. So beautiful. 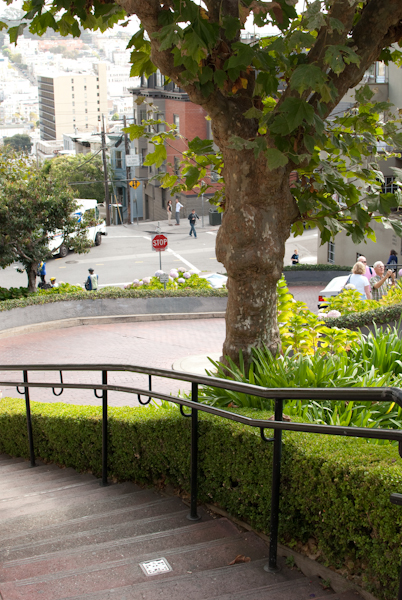 At the bottom of Lombard Street looking up: 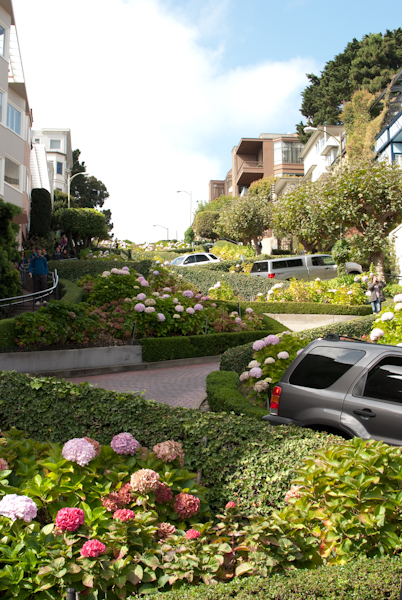 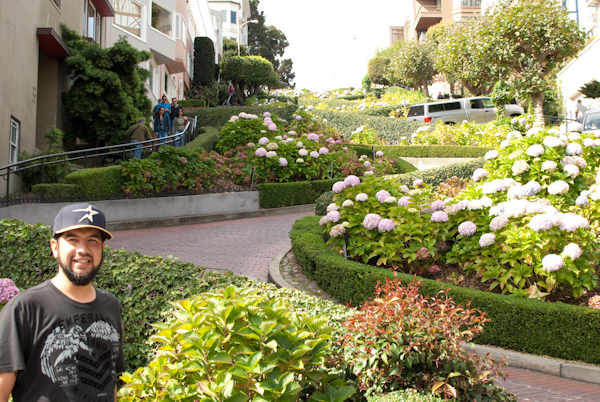 I saw this cute little bugger in his beautiful web, and had to get a shot of him! 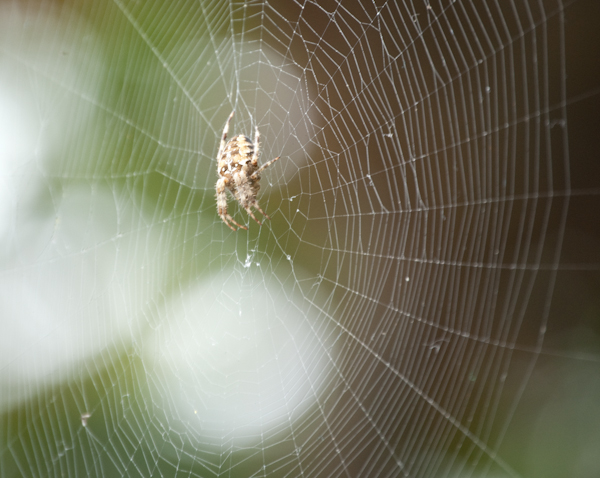 Next stop was Fisherman’s Wharf. My boss had tipped me off to THE BEST seafood restaurant in San Francisco called Scoma’s. I was thinking that it would be nice to have dinner one night we were there, but it turned out working better this way!

Here’s another shot of the city on our way to Fisherman’s Wharf: 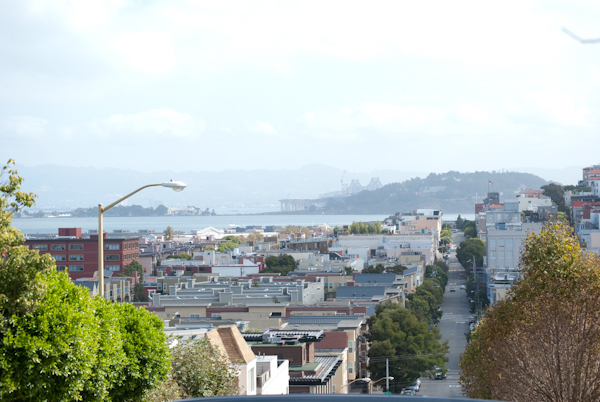 We got there before the lunch rush, and got a table immediately. 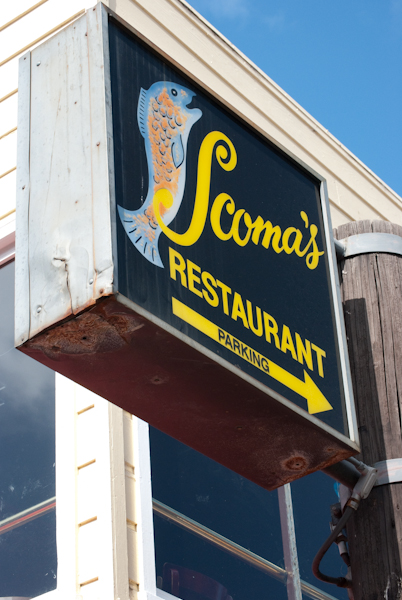 Angel had a baked mozzarella dish with tomato sauce: 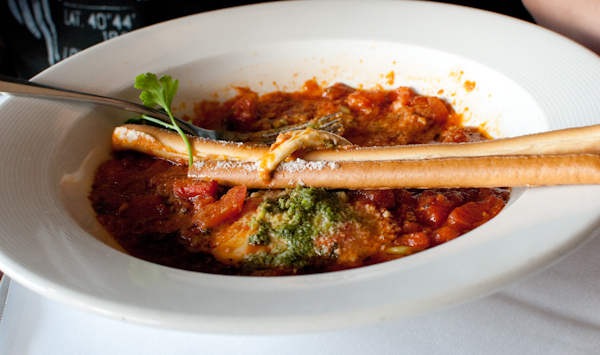 and I had the maryland crab cakes. 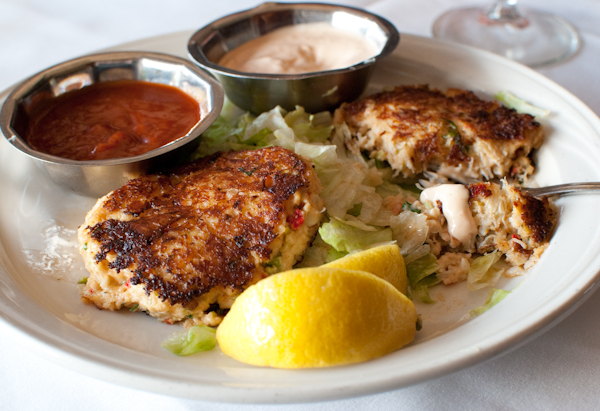 I’m a sucker for crab cakes, and these were unlike any crab cake I’ve ever had. They were delicious, and flavorful, but what stood out the most was their texture. Normally I’ve gotten crab cakes that are soft, and almost mushy for a lack of a better word. These, however, were more firm, and extremely flavorful. Angel let me have a bite of his baked mozzarella also, and YUM! One thing about San Francisco I’ve noticed is their tomatoes. They are so so sweet, almost like candy. There’s nothing better than an awesome tomato!! I wanted to go back for dinner one night, but that wish never came to fruition. With that, the day would end. We made it back to the hotel via the “F-Line” cable car, and took a long, well-deserved nap, and woke up for a quick bite across the street that was hardly worth mentioning.

Friday we would wake up early, and hit the ground running!

View San Francisco, Day One in a larger map