If you know me at all, you definitely know that one of my passions is trying new things. I’m constantly searching for new flavor combinations, and different methods of preparation for familiar dishes, etc., ad nauseum. 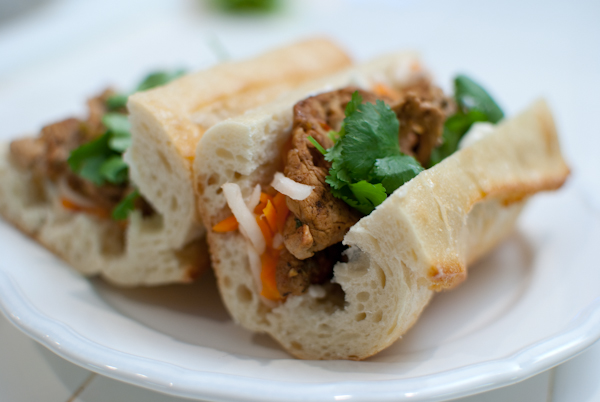 When I first discovered Thai cuisine, it felt as though I had fallen in love again. At the time, I couldn’t believe that I had never had “Thai” food before. It has the spice of Mexican food that I adore (and even hotter, I might add!), paired with the Asian cuisine I was used to. The cilantro, lime, spice, sliced pork, chilies, and the absolute, most of all, crazy awesome thing: Top it off with a fried egg! This was a little weird for me, but also out-of-this-world delicious. 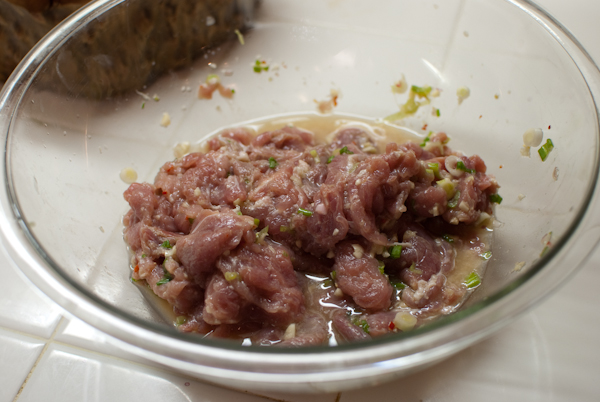 To this day, I still claim Thai as my favorite cuisine, but recently I had a similar, mind-blowing experience where I had stumbled upon a new cuisine that I hadn’t known of before. I had been watching Food Network‘s Great Food Truck Race, and of all the contestants, I was really intrigued with the Nom Nom Truck. Later on, I grew quite fond of Grill Em All, but this whole “Bánh mì” thing was new territory for me! 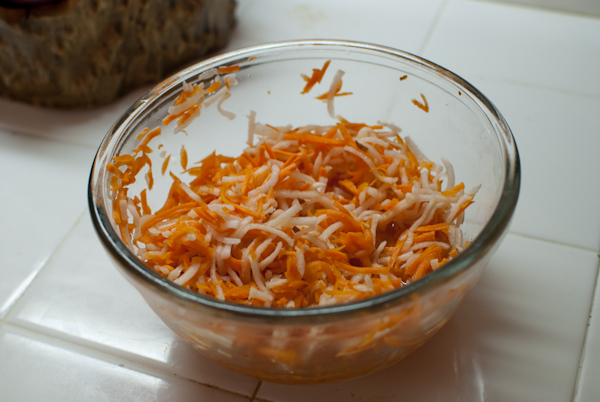 Lucky for me, the Nom Nom Truck was going to be at the OC Foodie Fest, so I had to check out this Vietnamese Po Boy, and see what the fuss was all about. 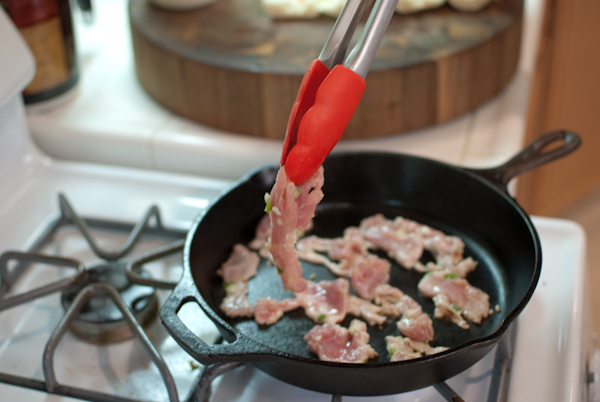 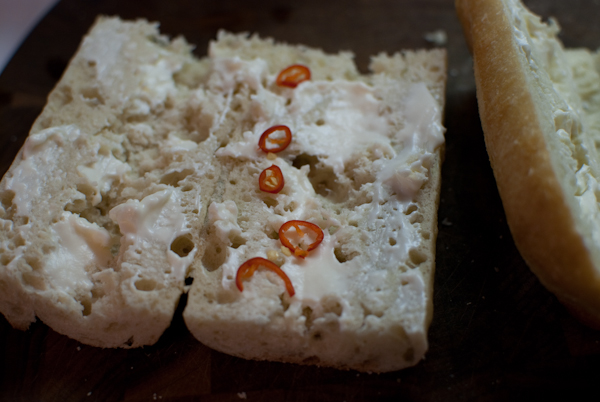 Thanks Nom Nom for introducing me to new and AWESOME cuisine! <3 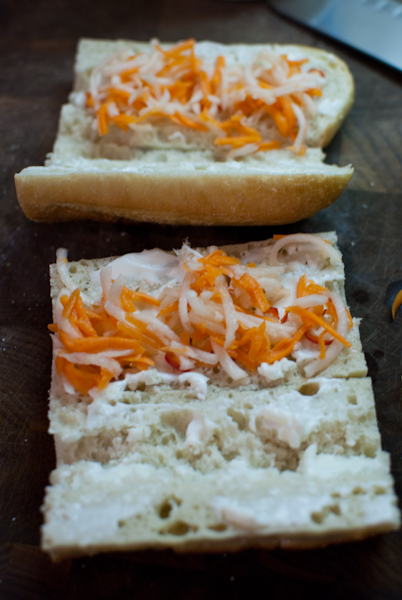 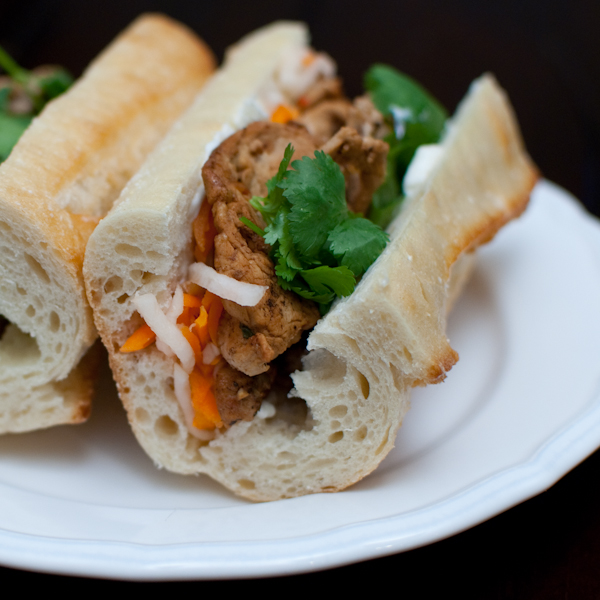 Below is an attempt at my re-creation of the Bánh mì. It didn’t turn out quite as delicious as the Nom Nom truck, but pretty close! The bread wasn’t quite right. :-/:

Start by combining the first set of ingredients in a bowl. Let that mixture marinade while shredding the carrots & daikon. Combine the daikon, carrots, rice wine vinegar, sugar, salt and red pepper flakes, and refrigerate until ready to assemble the sandwiches. Heat a cast-iron skillet over high heat, until smoking, and cook the pork, until nicely caramelized. To assemble the sandwiches, cut the baguette crosswise 3 times to yield 4 pieces, then cut lengthwise , and pinch out excess bread to fit more fillers. (You can keep those extra breadcrumbs in the freezer for later, for use in !) Warm the bread in the oven for a minute or two until soft and more pliable. Smear the insides of the with mayo to taste, sprinkle with Thai chile, toss in some daikon/carrot slaw, pork, and top with cilantro leaves! Enjoy!