I know, I know. It’s been WAY TOO LONG since my last post! Things got a little crazy for me for the past couple weeks. All I can say is that it involved viral intarwebz so deadly that it forced me to wipe my computer clean, and start all over again from scratch. Luckily I work with a bunch of AWESOME PEOPLE! They took care of me, and now I’m back up and running like a well-oiled machine!

So, whatever it was of August (I can’t remember because it seems like soooo long ago), the hubby and I went to the OC Foodie Fest, and what an extravaganza it was! It was a nice weekend that topped out around 80 degrees, and can I just mention THE FOOD!? Oh, it was glorious! Despite the awesome weather, I ended up with a perfect raccoon-eyes suntan. I either need to remember the sunscreen next time, or take off the sunglasses every once in awhile. 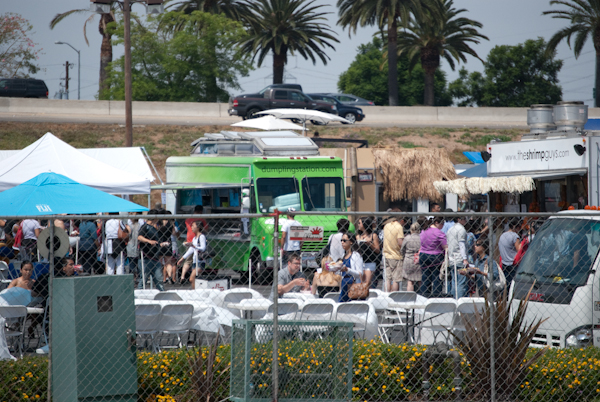 We arrive to hoards of people. It, quite literally looked like a fucking cattle ranch taking all their lovely little cows to the slaughter. We get in, and the first place we go to was Don Chow Tacos! Initally I wanted to hit the Nom Nom Truck, but the line was SO LONG, that we decided to get some grub first, and then go stand in line. I was having so much fun eating the tacos from Don Chow that I forgot to take a picture of them! They were very very good. I did catch a picture of one of the dudes carrying a whole bunch of limes though. Only at a foodie fest, I tell ya! 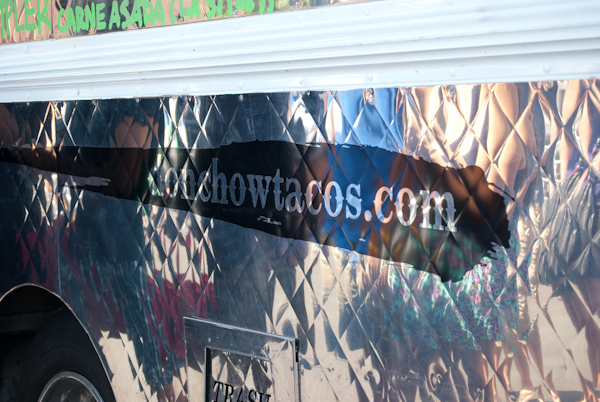 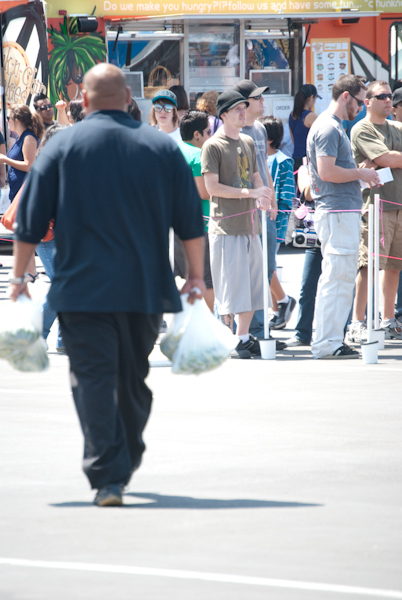 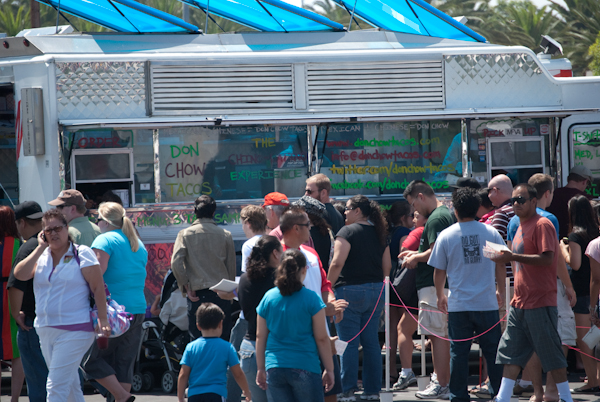 Next stop was the Nom Nom Truck. They had these glorious Bánh Mì Vietnamese sandwiches on the menu. I had heard of them through the Food Network’s Great Food Truck Race, and I just HAD to try them as soon as I could because of that line they had FOR THE WHOLE DAY. What really put them over the top for me was the Basil Lemonade. Even though the temp outside was nice, having the sun beat down on you without remorse, that lemonade really hit the spot! Out of everything that I had consumed that day, that lemonade had to be my favorite. 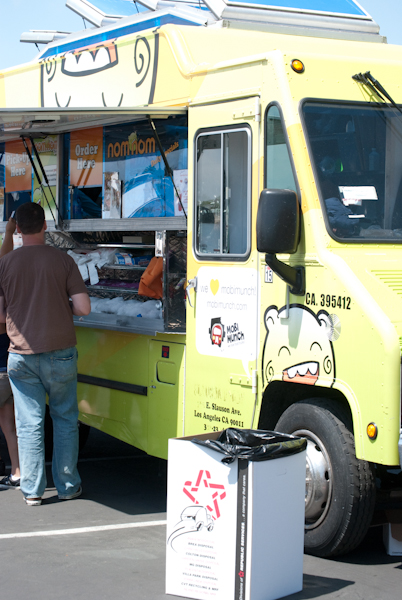 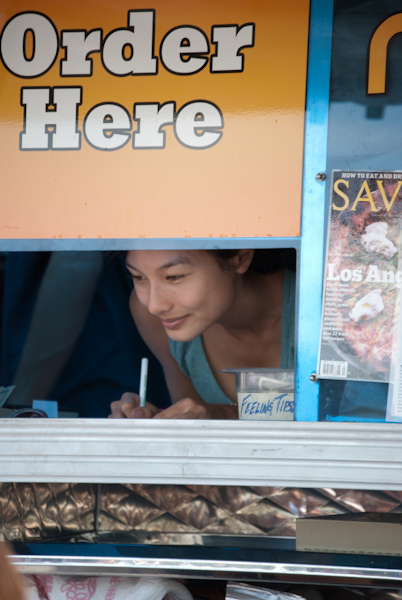 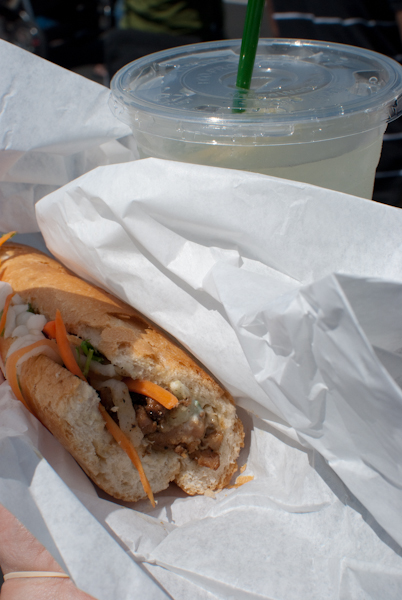 After the horrendous line at the Nom Nom Truck, we decide to walk around for awhile. Finally we set our sights upon the Fresh Fries truck. They had so many great sounding combos, it was hard to pick one, but we finally settled upon the raspberry feta fries because this particular flavor happened to be a debut of theirs! They must have had some extra fries laying around or a mess-up, because the very nice lady asked if I would be interested in some of their curry fries. I said “Yes!” of course! 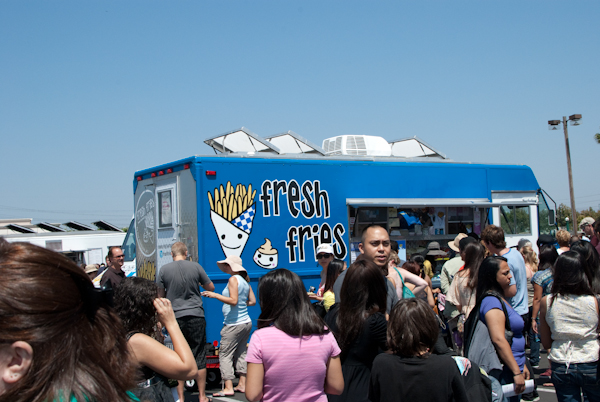 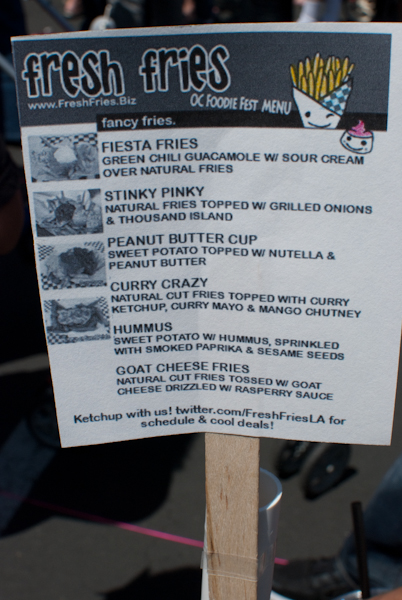 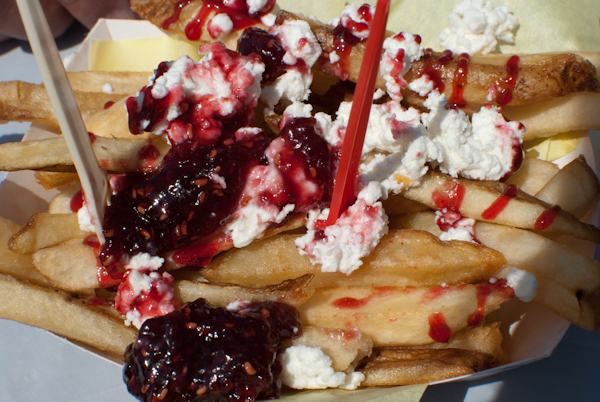 We headed over to the beer garden because it was getting a little hot, and we needed a cocktail to take off the edge. We enjoyed the raspberry feta fries, which was a surprisingly delightful combo, relaxed for a bit, and then we were up and at them again! Not before checking out the Machete Taco Truck though! 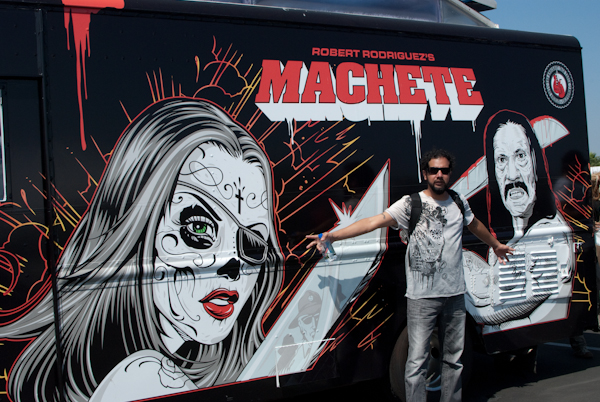 It was a blur pretty much after that. We hit the Lime Truck, which had these awesome truffled lentils. I was obviously too engrossed in their flavor to take a picture of them. Barbie’s Q had delectable pulled pork, chicken and beef sliders. 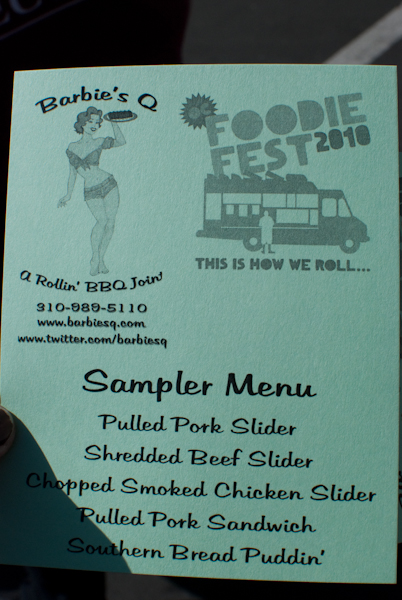 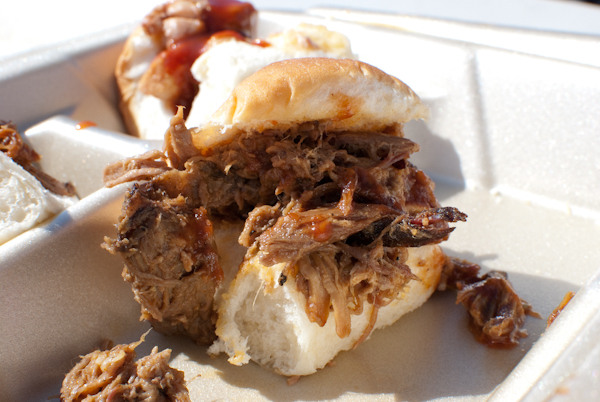 Fishlips was next, who offered some pretty decent sushi, and finally, finished the day off at Longboards, who hosted a large fan base, and the most awesome dipped ice-cream bars one could imagine! 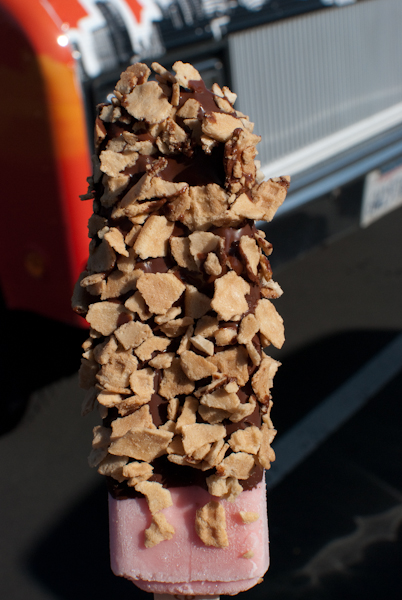 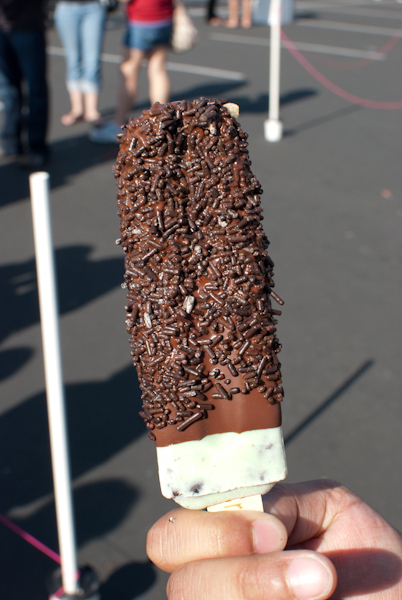 This day will not soon be forgotten. The only thing I regret is not taking more friends with us, so that we could strategize dealing with the looonnnggg lines. Everything was definitely worth the wait, and the hubby and I will definitely be attendees next year!

Did you go to the OC Foodie Fest this year? Who was your favorite truck? Favorite food item?