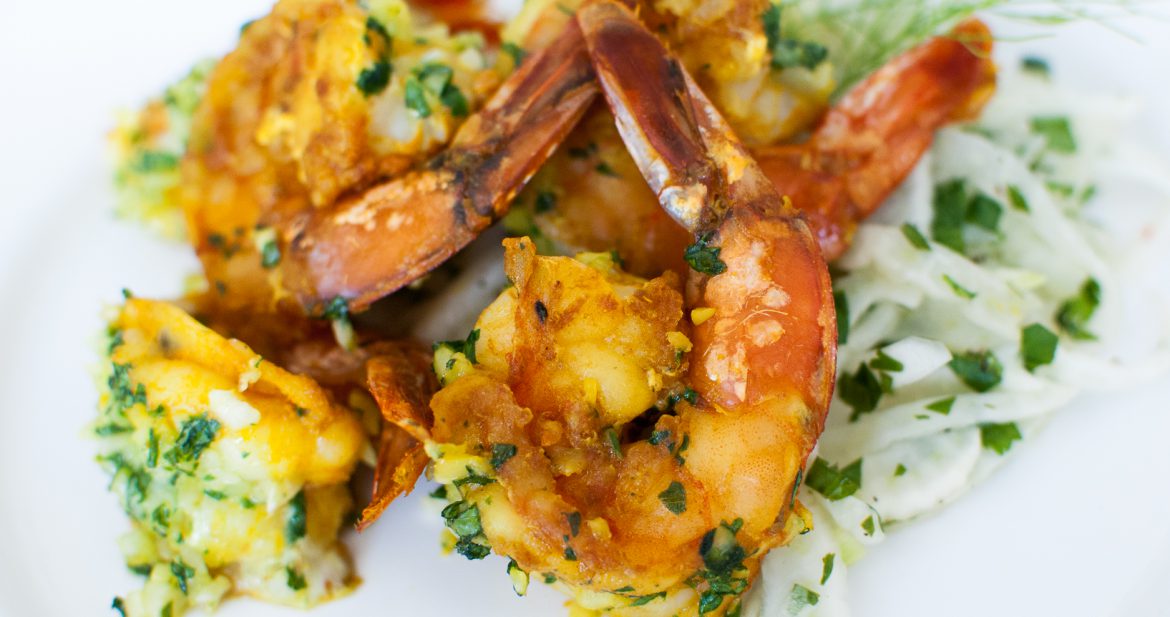 Most of my friends know that I am a raving Food Network junkie.

I’m a fan of the actual cooking shows though, just like an MTV fan back in the day was a fan of the music videos. I’m not really a fan of the contests, challenges, and travel bits.

Last weekend, against the grain, I got sucked into “The Next Food Network Star”. It seems that they have some really great talent on the show this season.

I instantly fell in love with Aarti, and this dish. Last week, I saw it on this blog here: The Enchanted Cook. I knew I had to try it because the Iron Chefs on the show RAVED about it, and it was appearing on blog posts everywhere! I’m happy to say that it turned out quite good!

I think next time I’m going to try sautéing the fennel a bit before assembling the salad. It was a little too “in your face” for me, though it was quite refreshing! 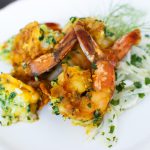