One year ago, on August 14th, 2009, the husband and I’s little rascals were born. They were born to a stray cat that one of my co-workers was helping out. One mama cat, all alone in the world, produced 4 little babies that were absolutely adorable. I fell in love with one of them – Roland. Husband and I, at the time, lived in a 800 square foot shack, and already had two kids (cats – Gera and Dracula), so we thought that this third was pushing it. It had been awhile since hubby’s cat Peanut died, so it was time, and we were helping out a stray to boot. 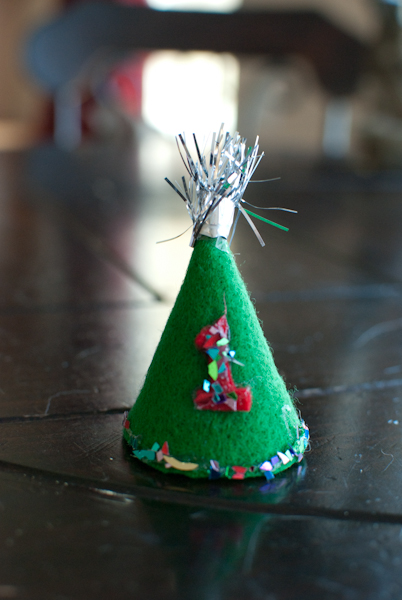 We got Roland, and were instantly in love. I swear he was a rockstar in his past life. He sure acts like it. The co-worker was having trouble finding homes for the other kitties, so I made a flyer, and tried to help him out. Luck was sparse finding homes. Finally Hubby and I decided to take another one of the siblings. There was one that had growths on her face, so we decided to take her to spare her a potential life of humiliation by other, less compassionate humans.

Sookie and her hat 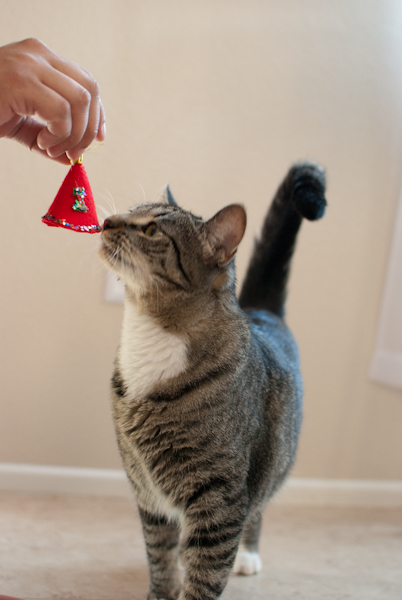 They are the loves of our lives, and provide us with un-ending entertainment. Roland, it turns out, was actually a hermaphrodite kitty. They went to fix him, and found out he had both male and female parts. Since he exudes a rock-star aura, we nicknamed him RoroGaga. Sookie is a suckler, a lap-cat, and has the sweetest mew you ever will hear! She sings to us, and our hearts melt. 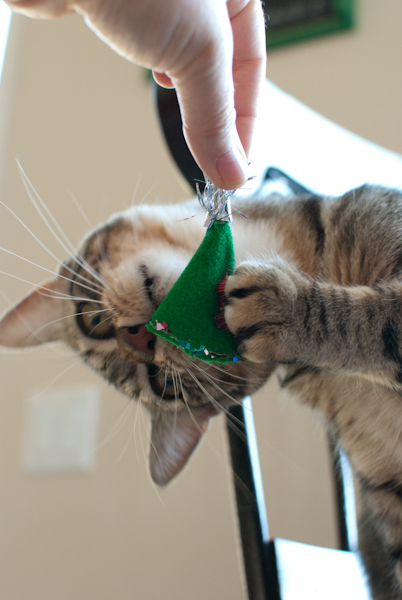 Roland with his hat.

To commemorate their first year of life, I decided to make them birthday hats! The plan WAS to get double stick tape and just tape them to their heads for a photo shoot, but that ended up falling through, so we decided to try to drop the hats on their heads all quick-like and get “the shot”. That didn’t work either. Mostly they just wanted to eat them, so we let them. We did, however, get our yoga hat to pose with them, so there ya go. Happy Birthday Roland and Sookie!!! 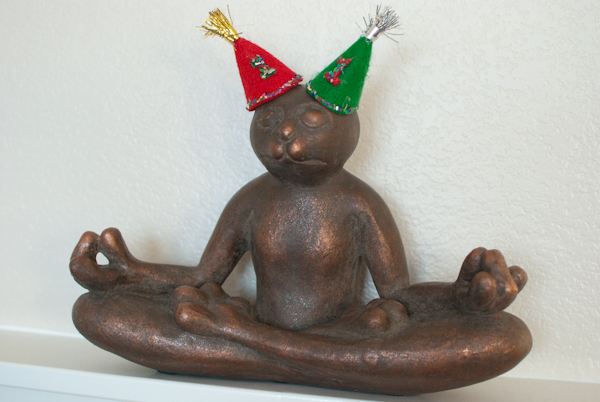