This year marks my first stab at seriously blogging, which is absolutely exciting for me! Five months into the year, I started this blog which was a knee-jerk reaction to the food blogs I had been reading throughout the years, in addition to my charismatic circle of inspiring and hard-working internet friends. I feel like this outlet is right up my alley. I love creating posts, sharing photos, sharing recipes and bringing the METAL to you, my few yet faithful readers! This also feeds my inner nerd by maintaining the WordPress on my own server, and allows me to dream up ideas to make the blogging process easier, though WordPress certainly makes it EXTREMELY easy, right out of the box.

Now that I’ve got some kind of rhythm down with creating posts, I thought it would be fun to join the ranks of the bloggers out there who are doing a year-end recap. It seems that people are very opinionated when it comes to the notion of New Year resolutions. Some question the point of it all, and others have had their lists in place for some time now. I fall into the latter group.

I would venture to say that “the list” is a good thing. Making lists allow us to concretize things we want to accomplish in such grand schemes as our lives, down to day-to-day mundane tasks. I don’t wait for the New Year to list goals that I want to achieve, whether they be large or small. In fact, I was reminiscing the other day that if I were to drop dead suddenly, the thing that you’d most likely find on my body is some sort of list scribbled on a scrap of paper. I know that’s a morbid thought at best, but it’s true! I feel like it allows me to keep my head in the game of life, giving me some kind of path, albeit sometimes scattered, rather than aimlessly bobbling around with no notion of a path at all. Items on the list may or may not get resolved, but at least the idea of where I want to go, or what I want to do is right there if I lack direction.

Enough with philosophy of list-making! Find my list below:

That about sums it up! Angel and I wish you all a spectacular New Year filled with love and happiness! 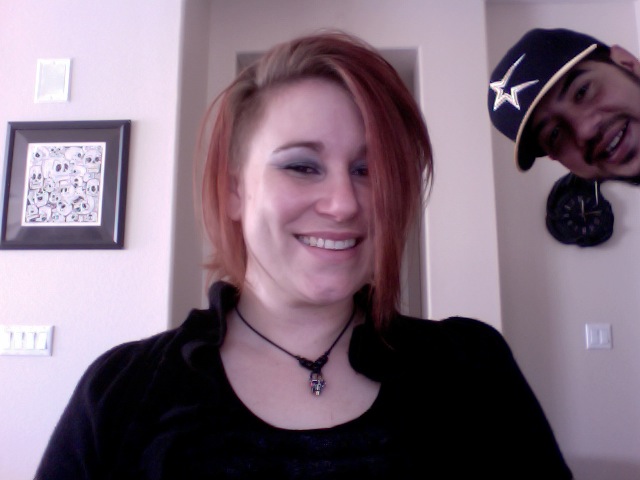 What are your New Year’s resolutions?