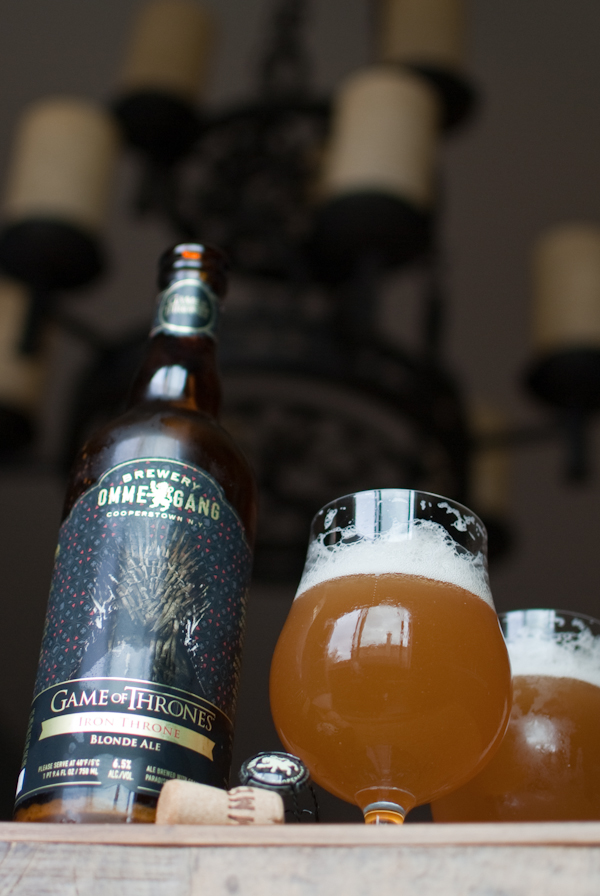 So, I’m trying this new thing, procuring the latest deets on new beers that are coming out, so I can share them with you! My husband and I are always hunting beer establishments in the new cities we visit, and seeking out the new beers put out by breweries that we love. I want to make this a regular column, so you can get the heads up on enjoying them too!

This week, and admittedly I’m not sure if you can still find it anywhere, I want to introduce to you a beer from the Brewery Ommegang. This particular beer came out the week before the Game of Thrones premiere on HBO, and I was ON IT. Quite a bit of beer hype travels through word of mouth, and a friend had tipped me off to it. 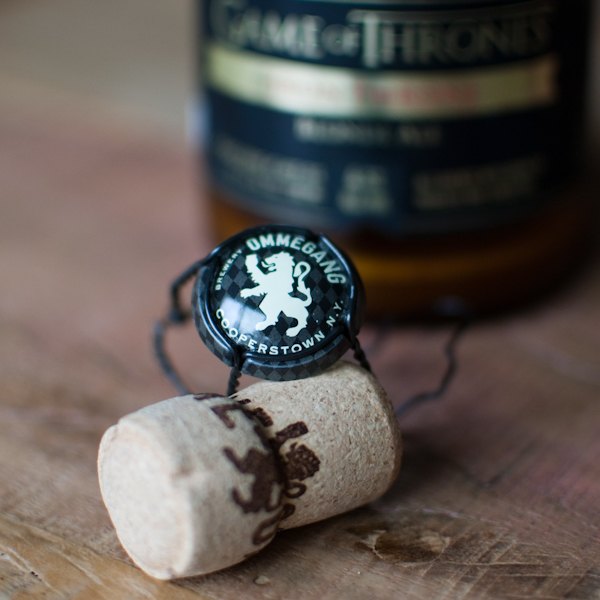 It showed up at a place that wasn’t the local “tucked-away-in-a-cranny-of-the-city” craft beer joint either. We’re talkin’ Cost Plus World Market! Doesn’t every city have those?! They’re definitely stepping up their craft beer game, and I ain’t mad at ’em. Without further ado, I present you with Ommegang’s Iron Throne Blonde Ale.

You can tell that it’s a Belgian-style beer right away with the citrus-y notes imparted by the yeast. The lemon peel is very prevalent too, which is nice, and reminds me of SUMMER!!! It was a “Stark” (haha pun intended) contrast to the wintry scenes of the journey of the Night’s Watch throughout the series. 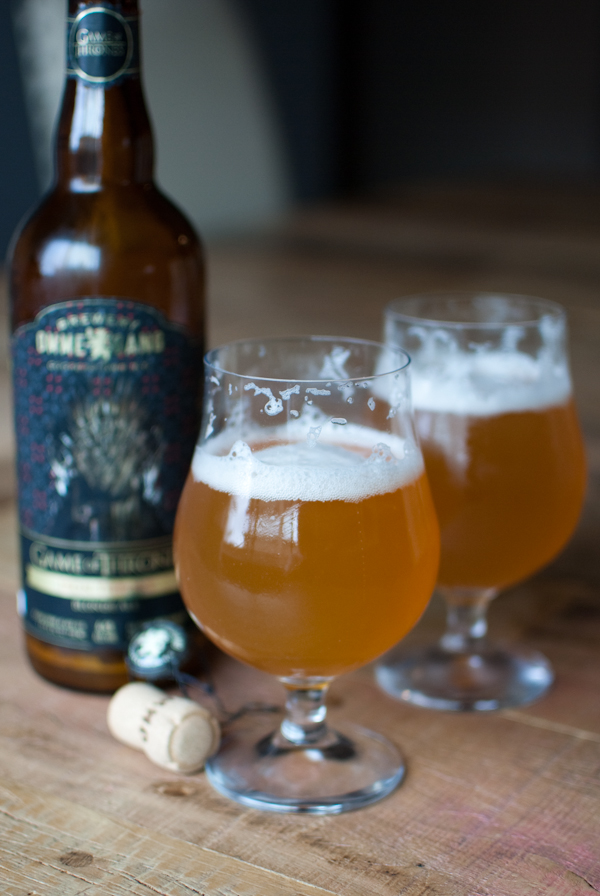 There is a lacy, very full head, and a teeny hint of spice and hop flavors. Overall, it’s a very enjoyable beer, and at 6.5%, it’s one that won’t get you totally smashed while you’re trying to follow the Game of Thrones epsiodes.

Though I am branching out into different styles of beer, I am an IPA lover. This beer was an easy, and enjoyable drinker even for a hop-head like me. Ommegang slayed this one. So good!