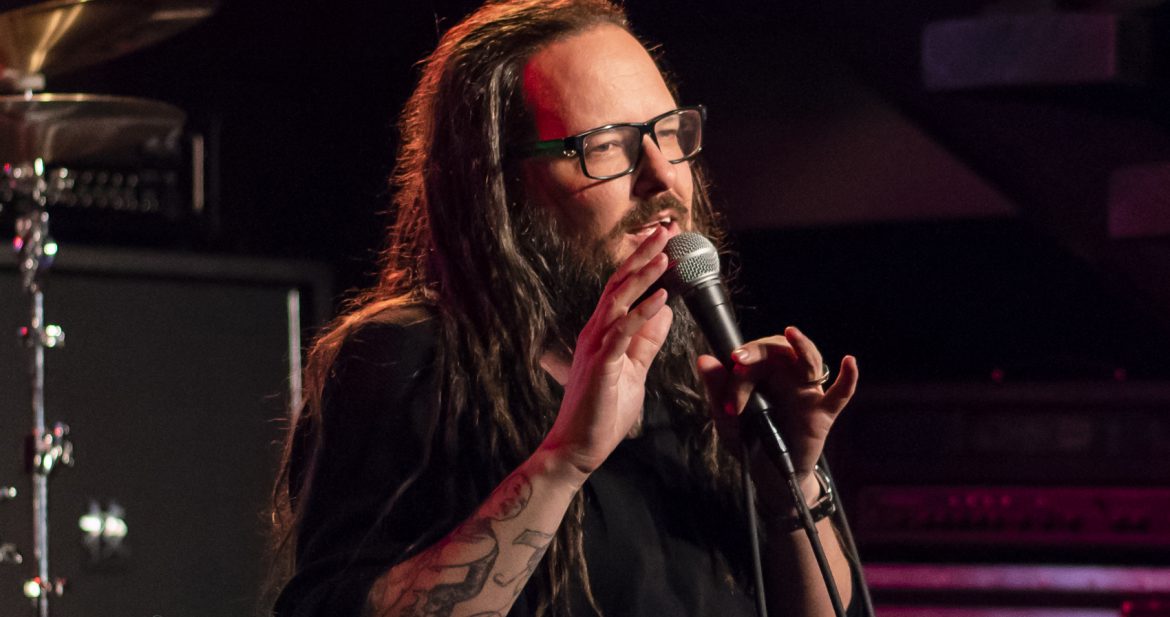 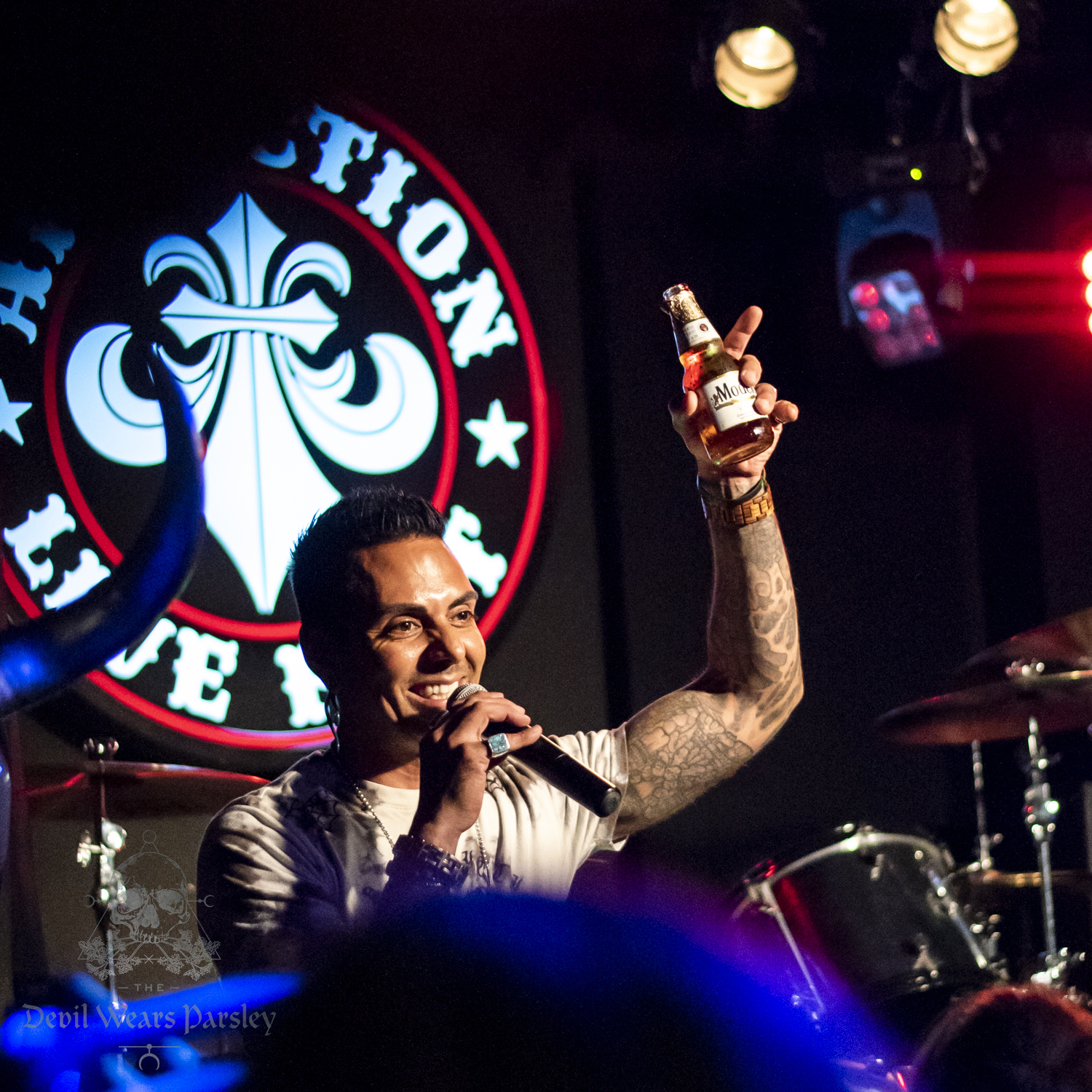 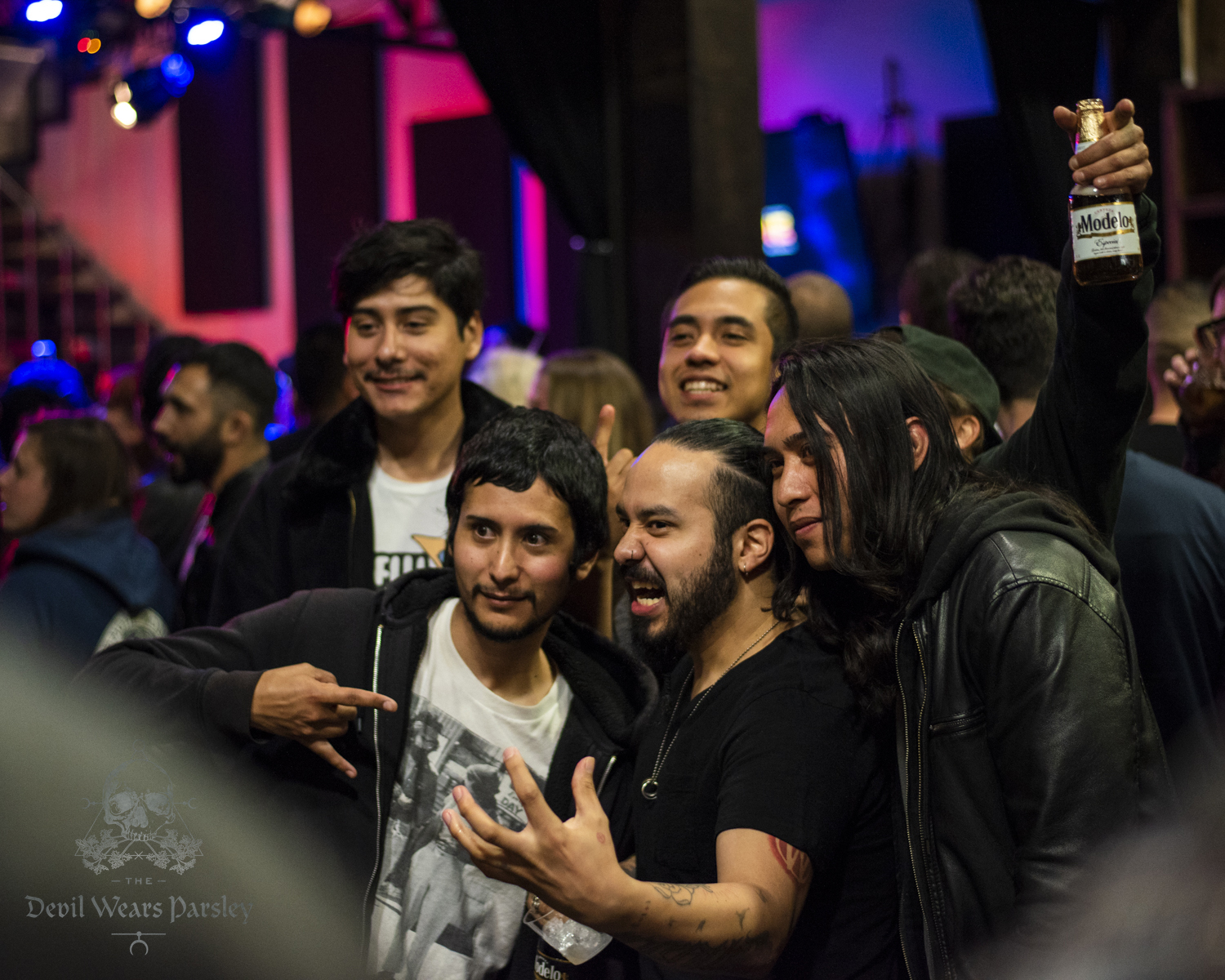 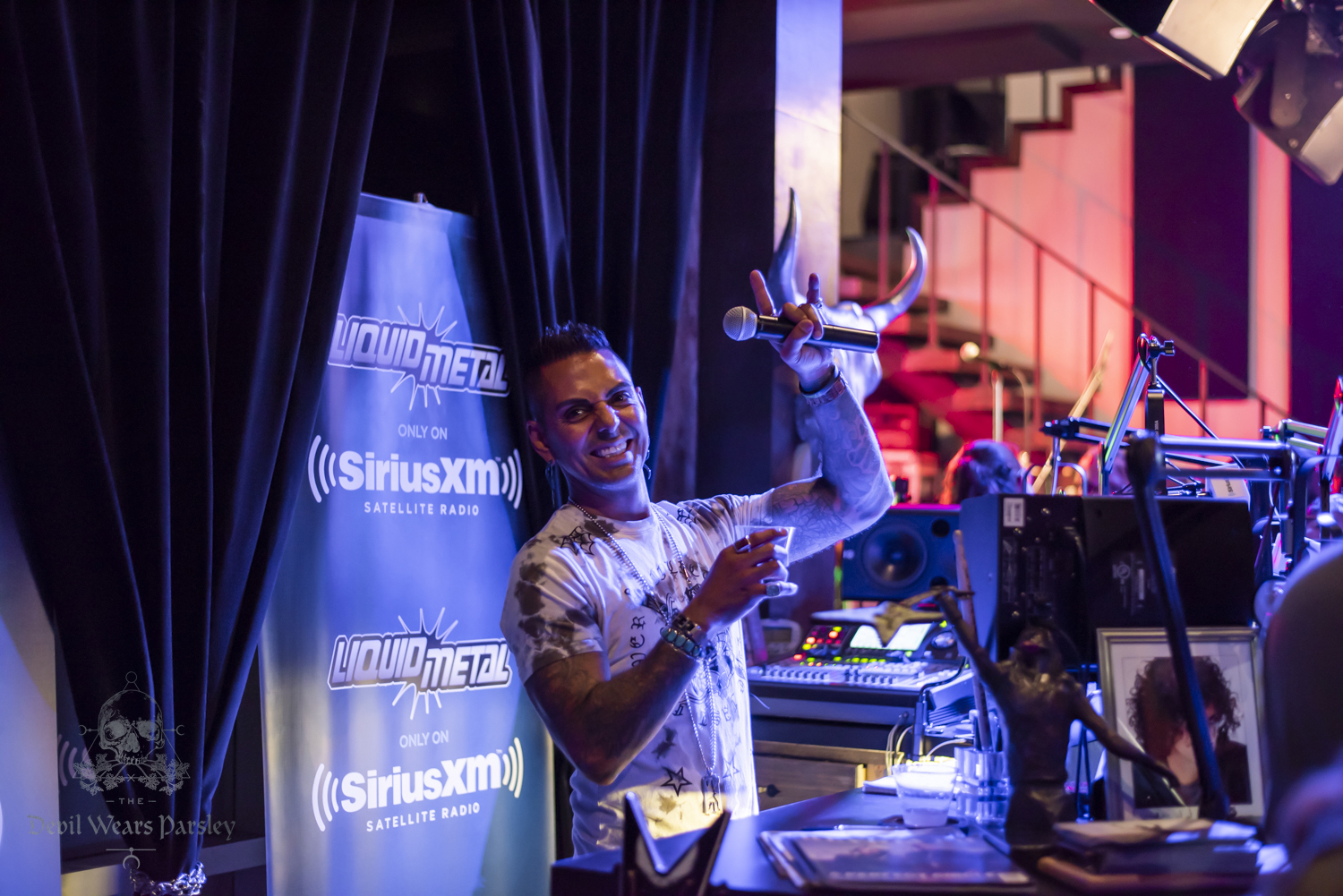 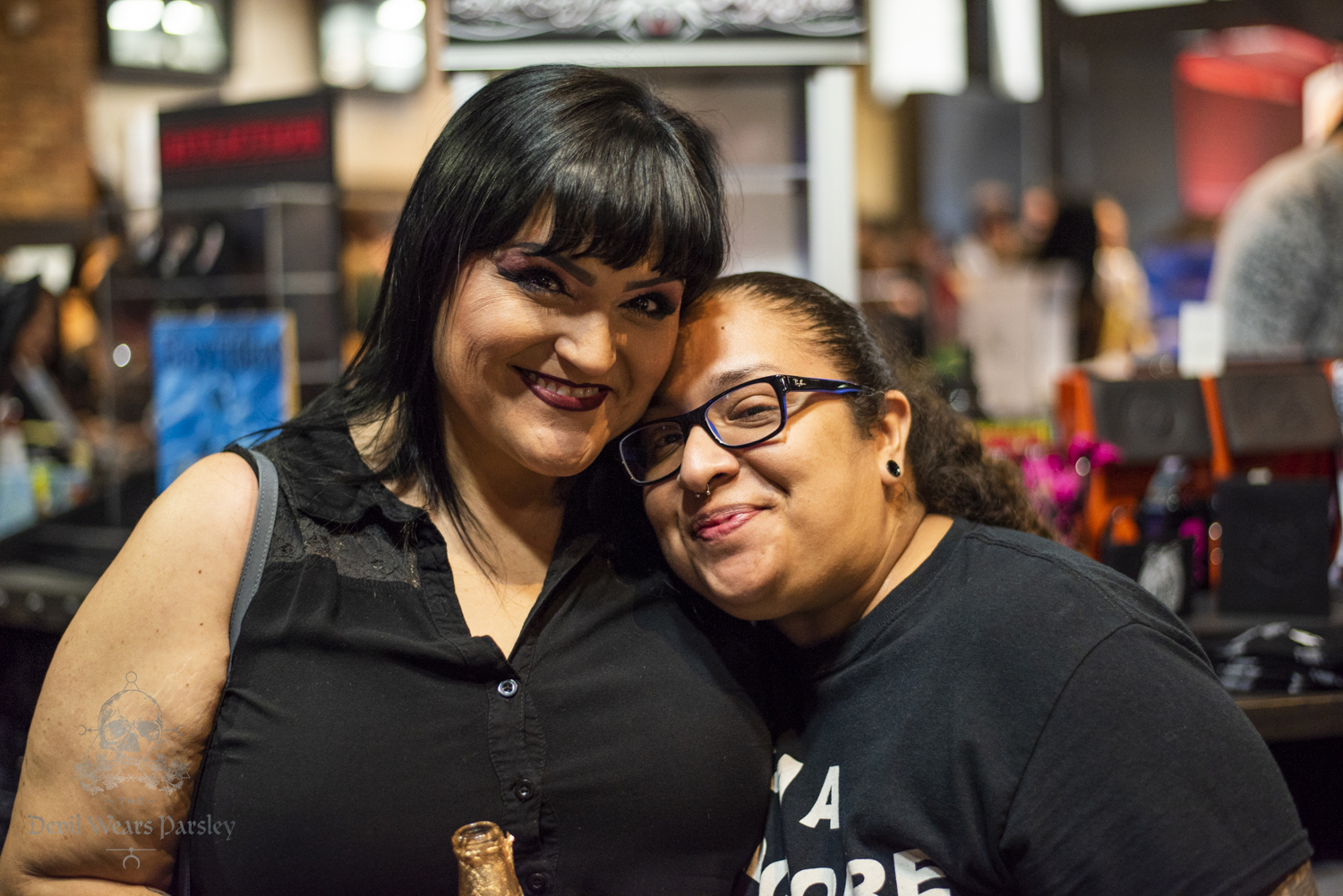 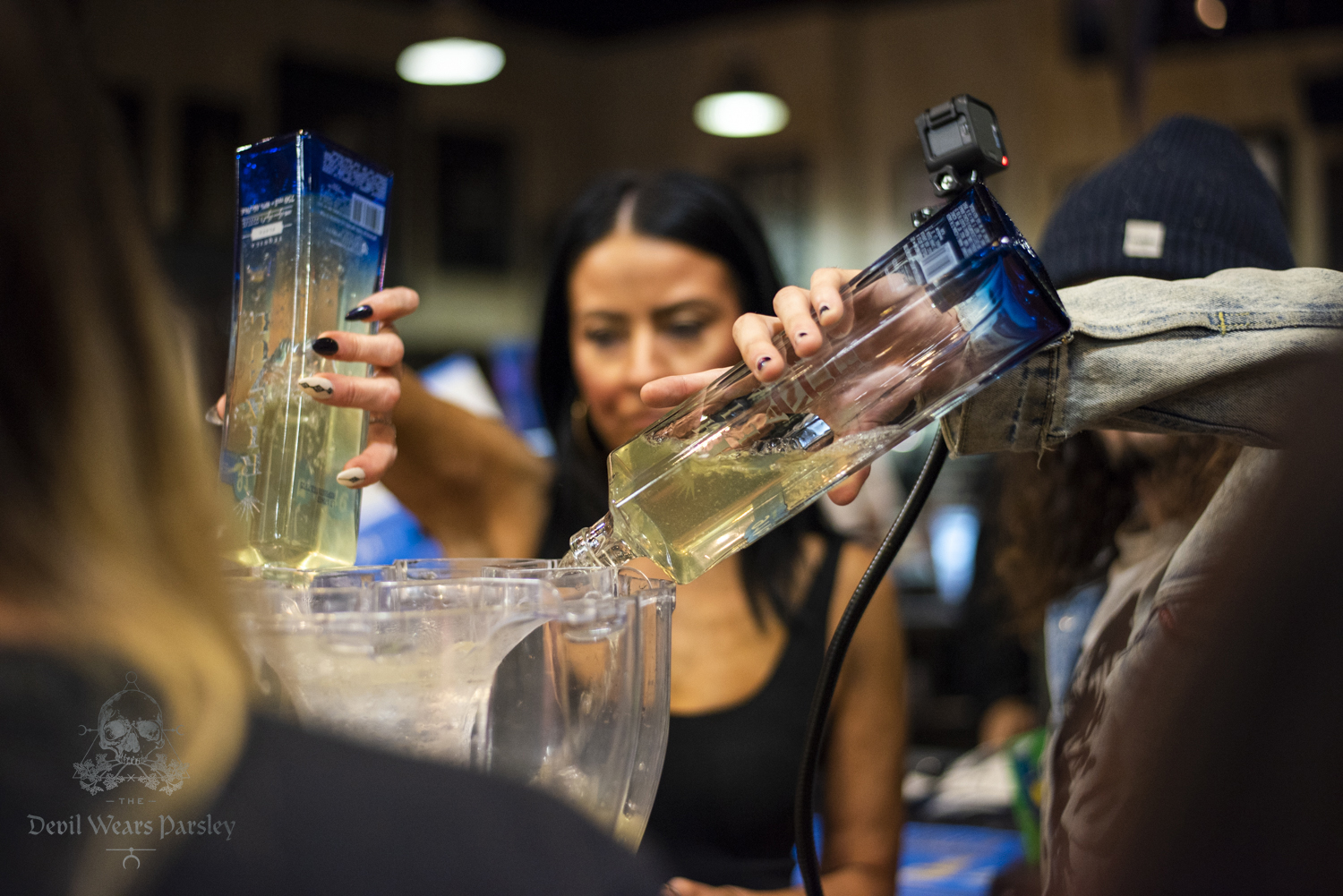 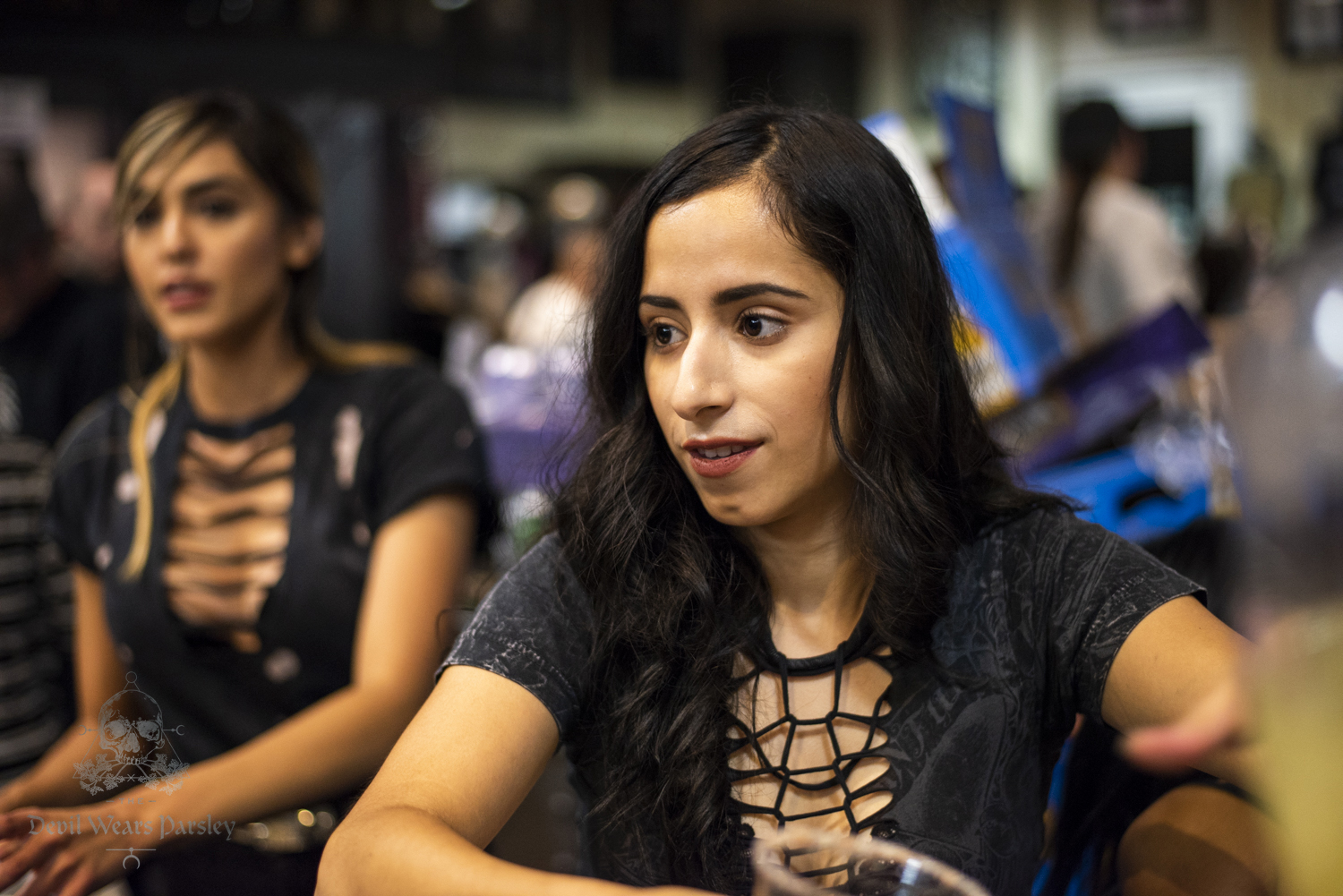 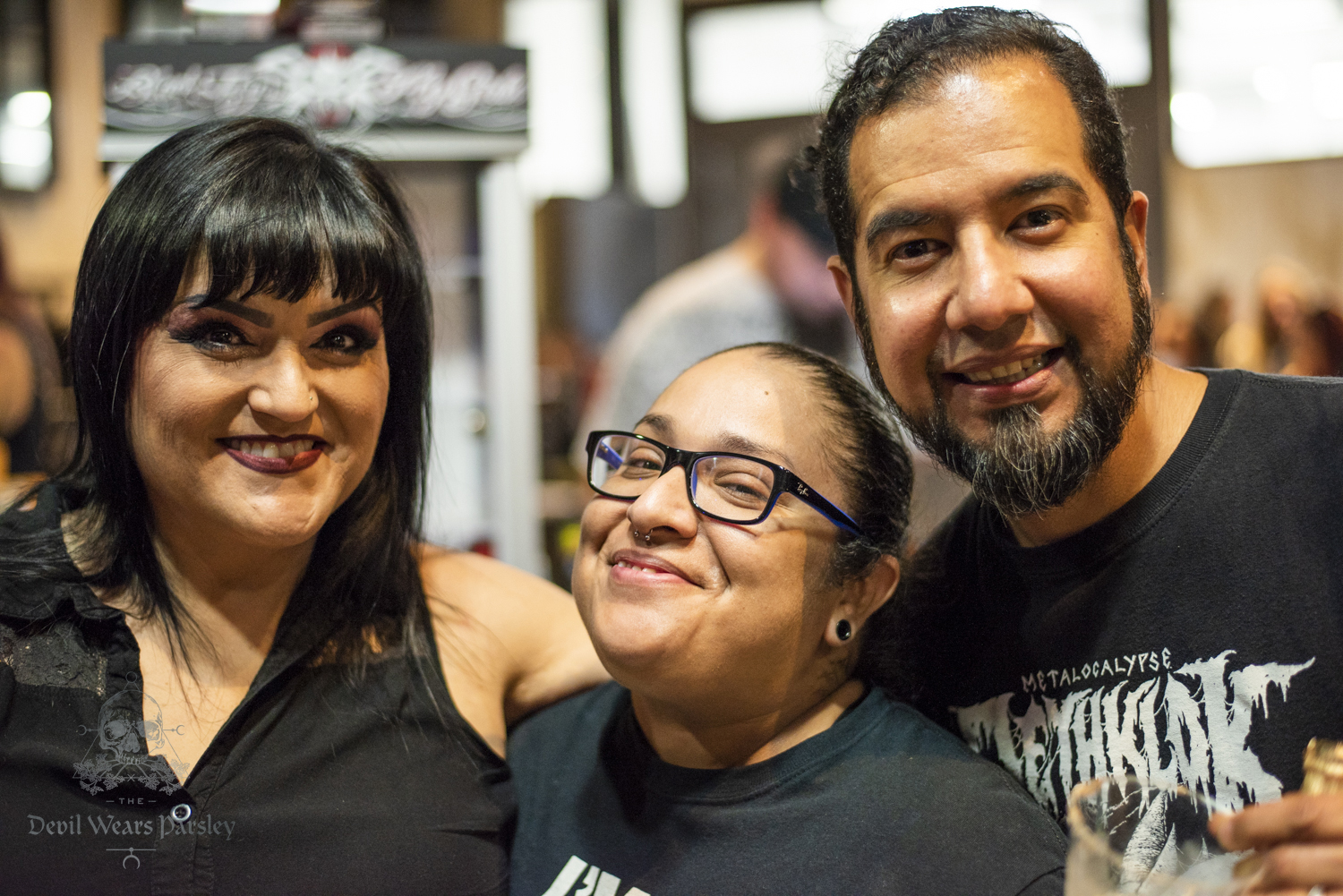 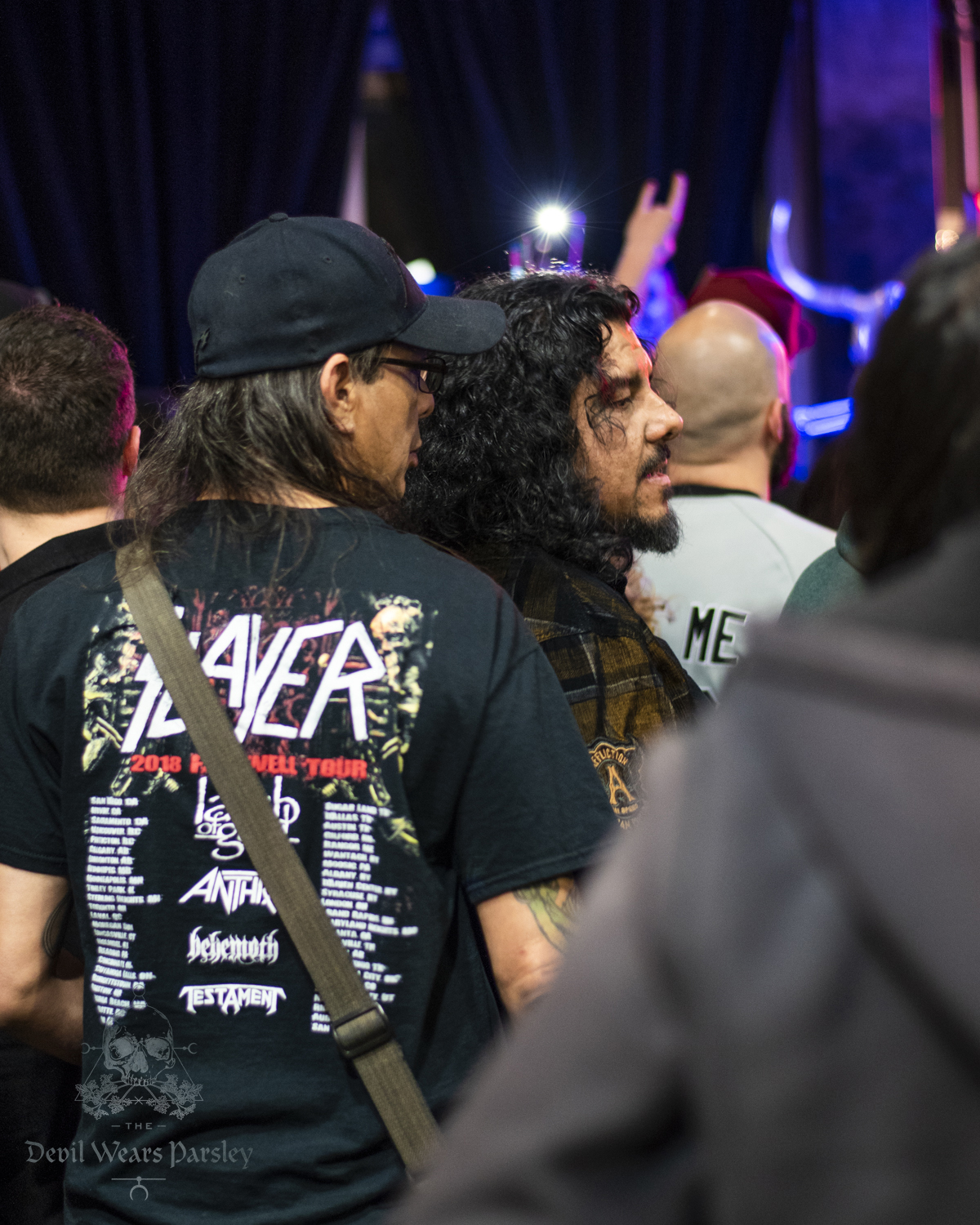 There was plenty of time to socialize with friends before the Question/Answer portion of the night began. Jose and Jonathan hammed it up on stage, joking that Jose’s daughters would be arranged to marry Jonathan’s sons. Jose fielded questions from the audience; one stand-out question was regarding his writing process. Jonathan answered that he’s a one-and-done kind of artist, and doesn’t over-analyze his creations. He writes it, records it, and wraps it up! 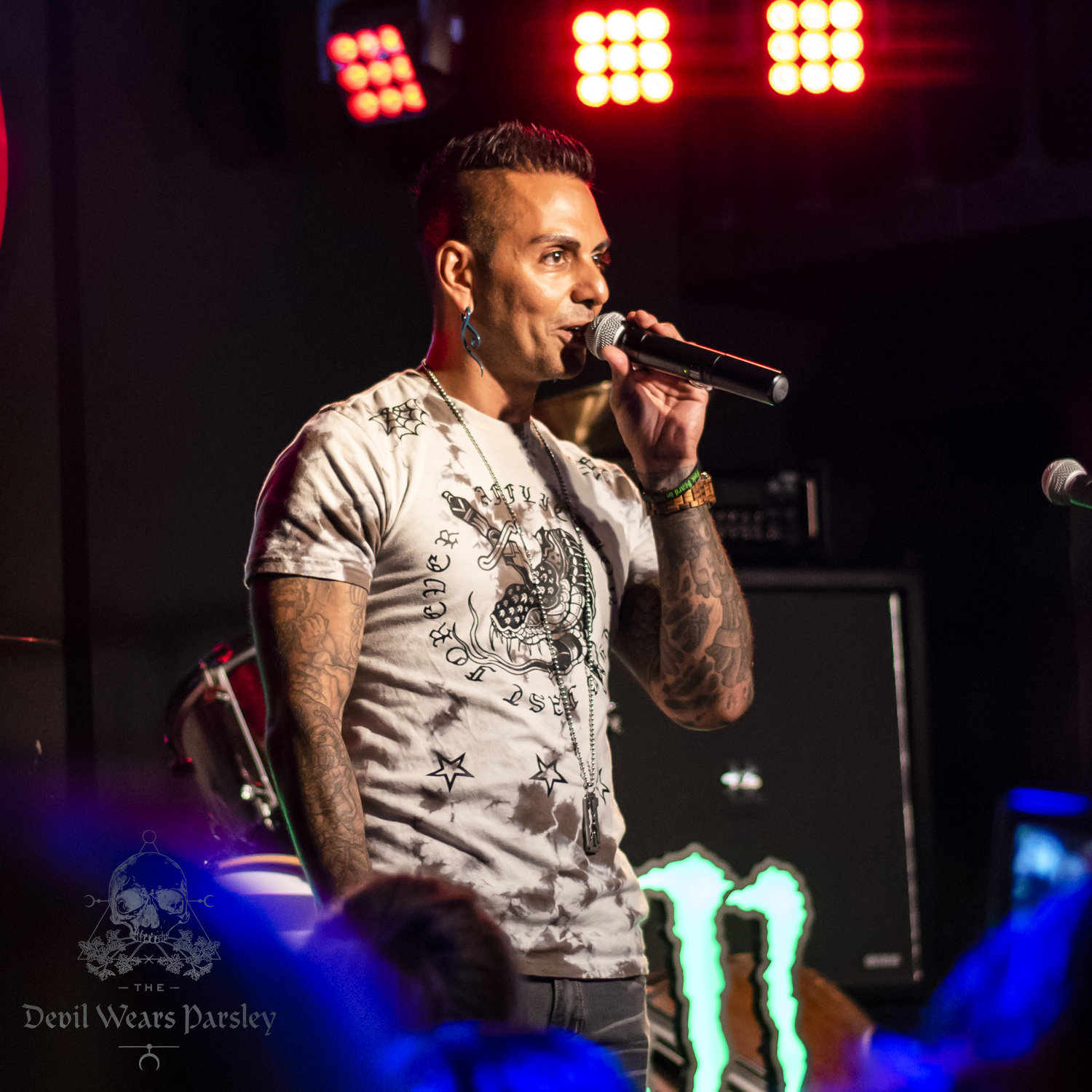 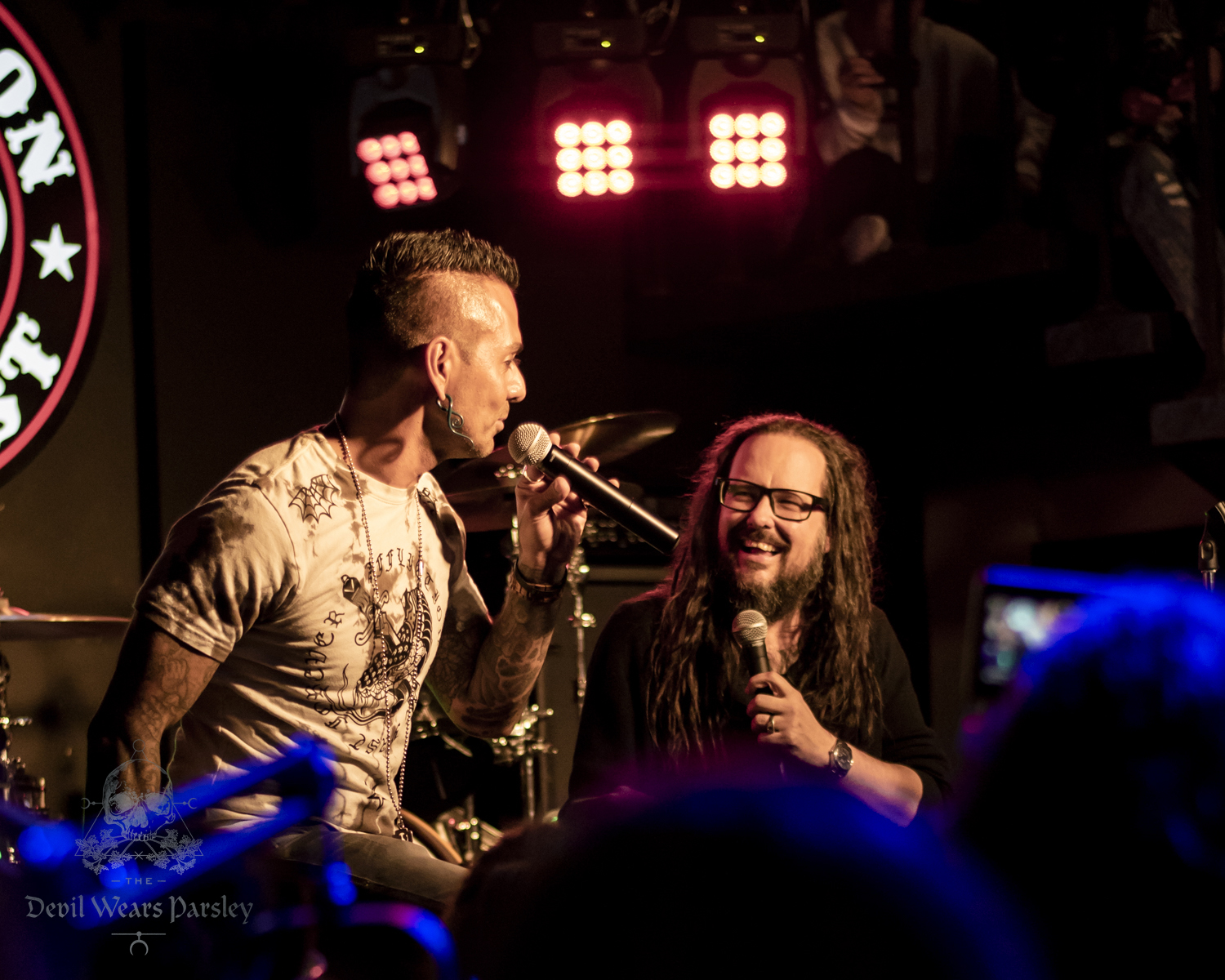 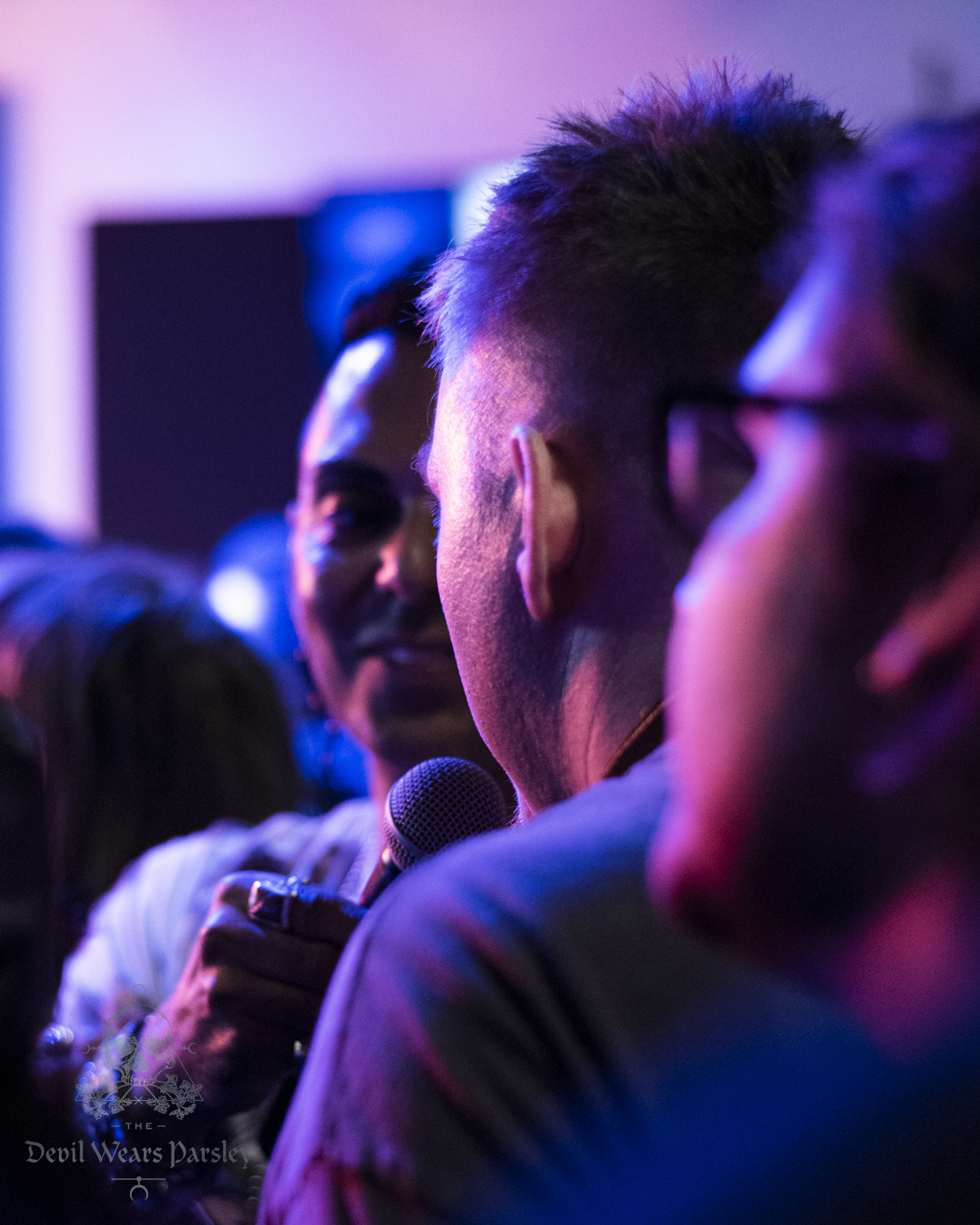 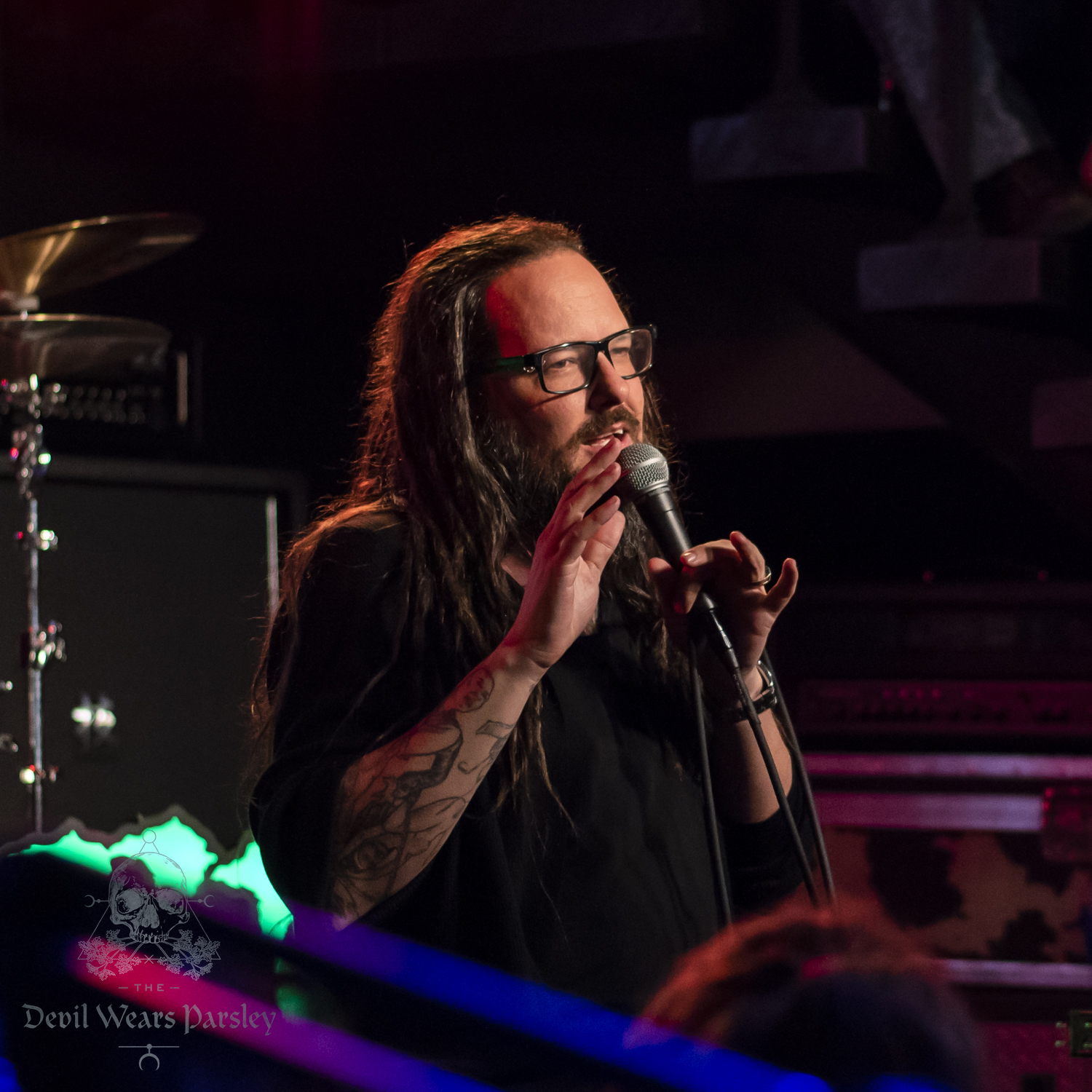 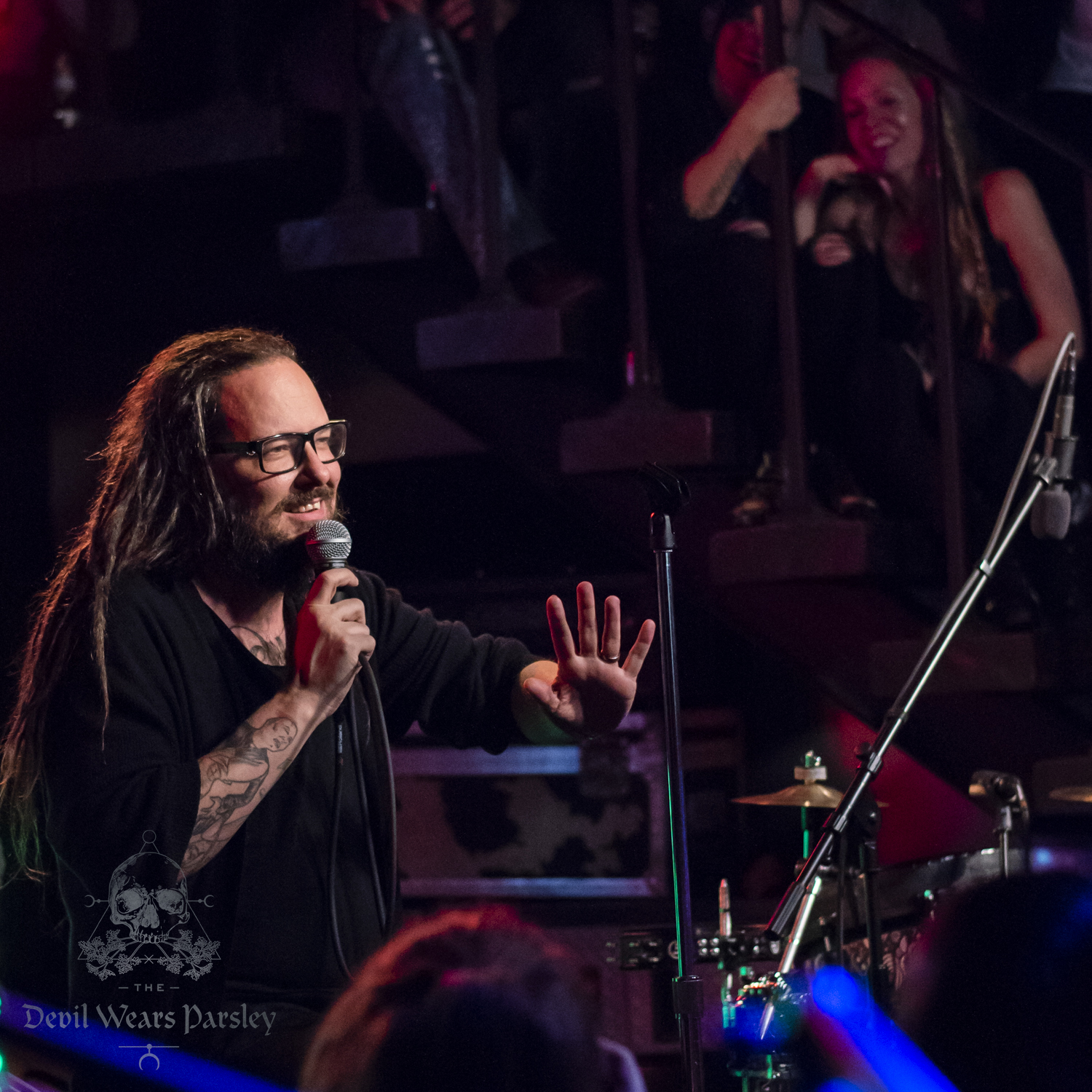 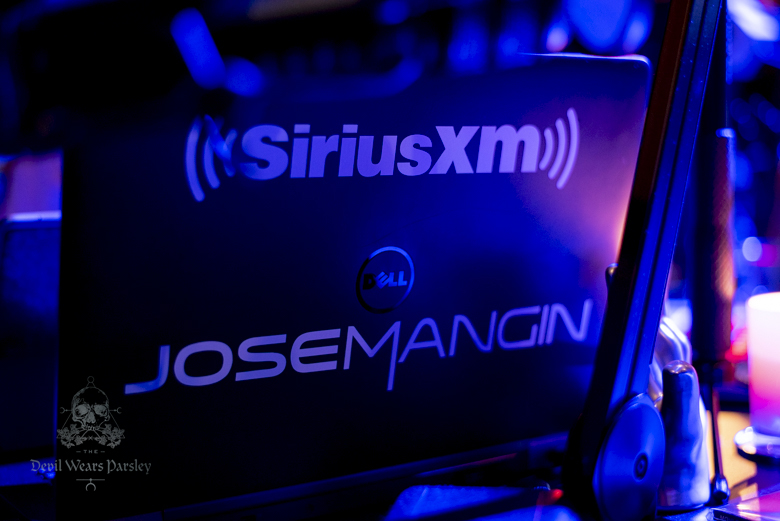 The night ended with a very rare treat – an acoustic set by Jonathan and his band mates, performing 3 songs off of Black Labyrinth.  The performance begins with Underneath My Skin, an up-beat song with a pop feel, with lyrics about struggling with past transgressions and rising above them. Final Days is next, and one of the most pleasantly surprising songs on the album, reminiscent of “world music”, using unique instruments like the duduk, an ancient, double reed woodwind instrument that is native to Armenia. For this performance, they used a stand-up bass, guitar, and bongo. Jonathan finished the set with the first single from the album, What It Is, which was released in January of this year. 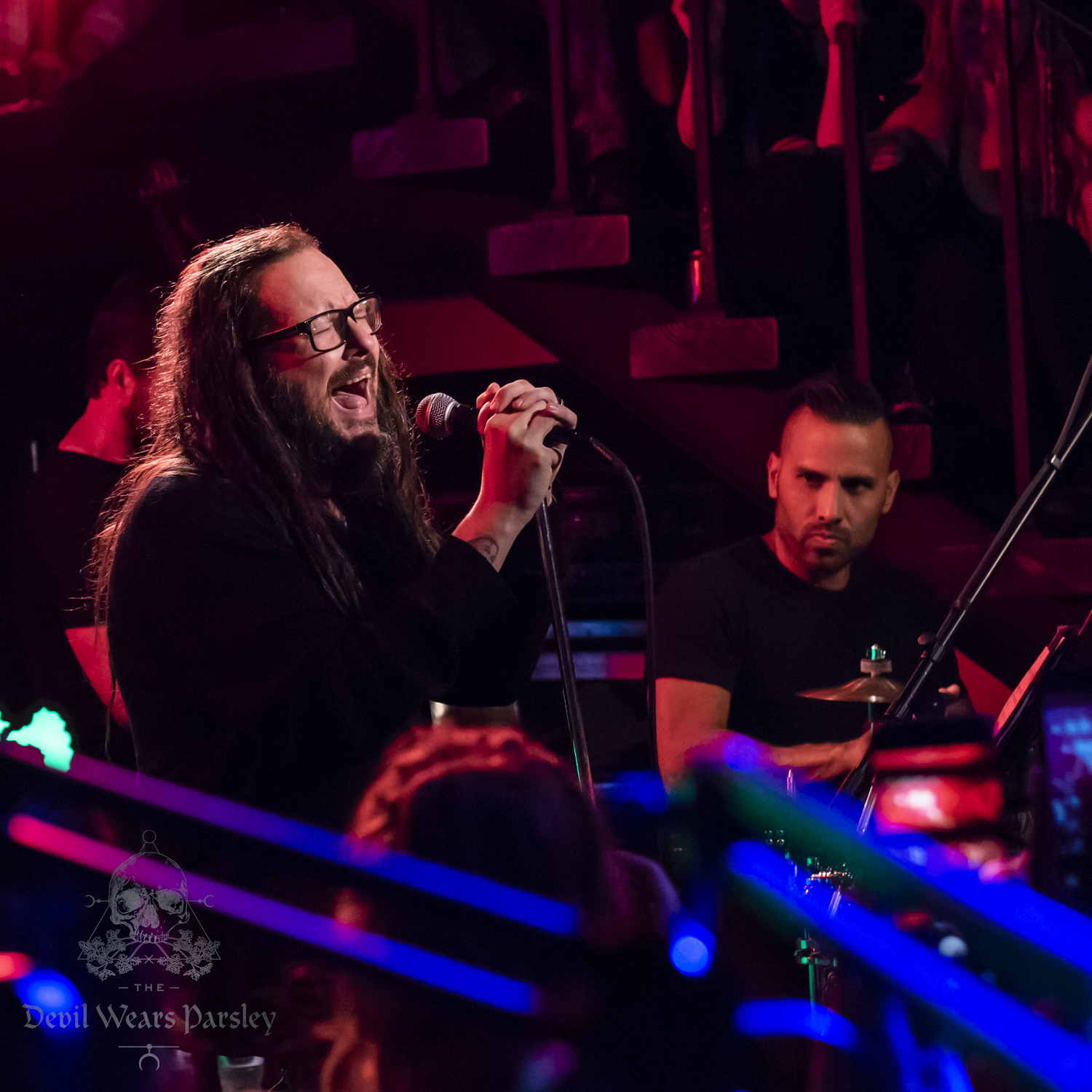 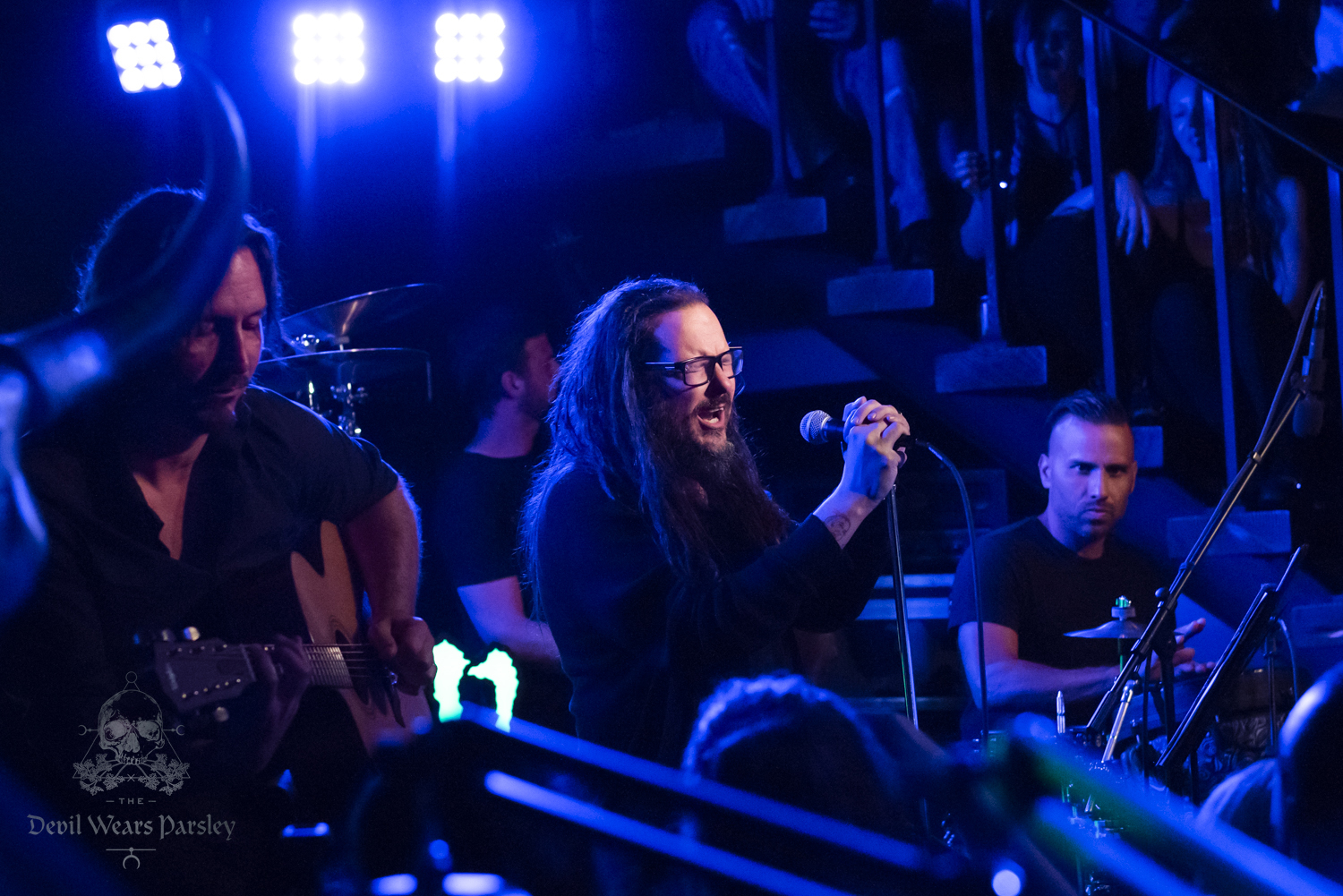 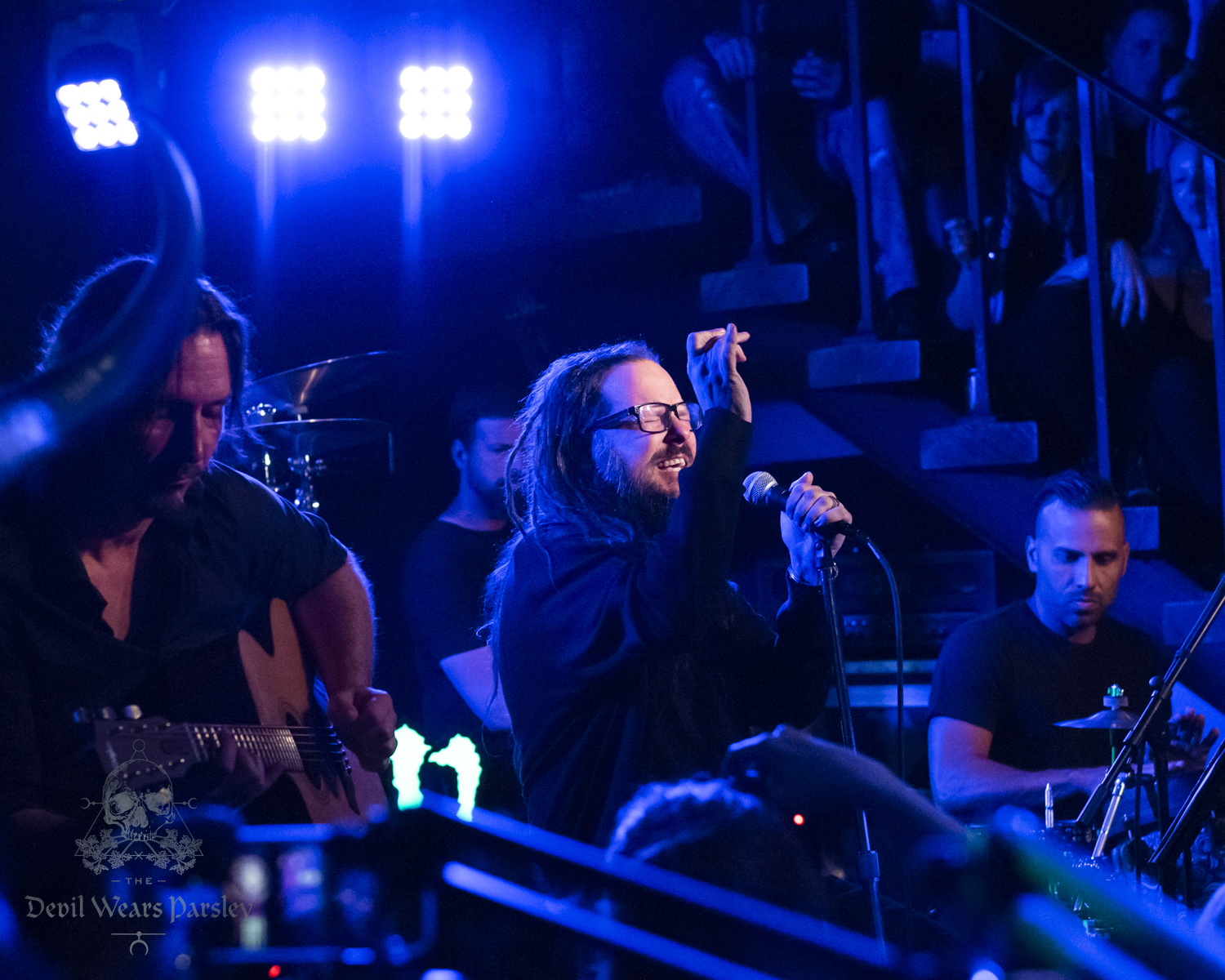 Black Labyrinth is very different from Korn, and different in general, but I really love it.   It was released on May 25th, and is available wherever fine music is sold.