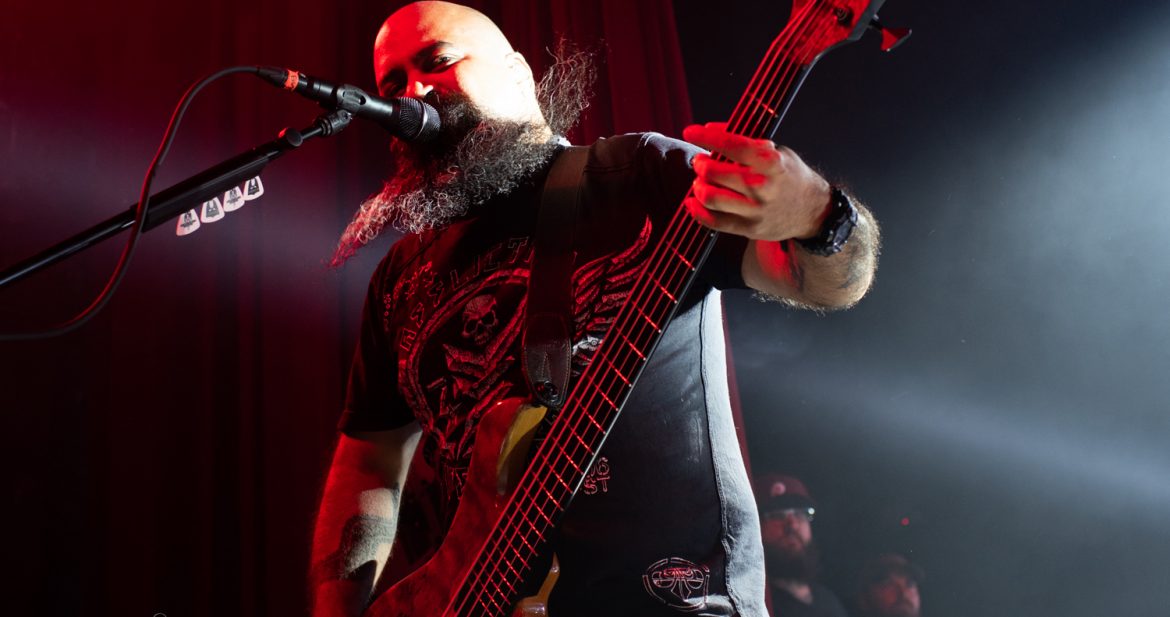 This past Saturday in Las Vegas, NV marked the wrap of the first leg of the Static-X Wisconsin Death Trip 20th Anniversary tour with support from Raven Black, Wednesday 13, Dope, and Devil Driver, and the response from fans was overwhelmingly positive.

The Death Of Wayne Static

There was turmoil in the band way before Wayne’s death, finally inciting the break-up of Static-X in June of 2013. But when fans of Static-X heard that Wayne Static had passed, their hearts were heavy, and certainly never thought that they’d see Static-X take the stage again.

After Wayne’s Death, his (now late) wife, Tera Wray Static told of lost and un-published works of Wayne that she promised to produce and release to the public. That never happened because she committed suicide on January 13th, 2016.

The Birth Of Project Regeneration

On October 23rd, 2018, Static-X released an announcement stating a new project – Project Regeneration – where the old recordings of Wayne that Tera spoke of in the past would finally see the light of day! Fans were thrilled! Shortly after that on January 22, 2019, they announced the Wisconsin Death Trip 20th Anniversary Tour & Memorial Tribute to Wayne Static, and fans went wild! We caught up with them just before the show started – see the entire interview below.

On June 18th, 2019, Tony Campos, Koichi Fukuda, Ken Jay, and Xer0 took the stage in Tempe, Arizona with an un-matched camaraderie. The show starts off with lights darkened, with December creeping over the speakers. The stage light panels depict the photos of long past days, where the journey of Static-X began. Fans are legit weeping. Not only have we not heard much of this calming, yet ominous song in a concert setting, but to be the first song to open the show and ease us into what this tour is all about is, in a word, emotional.

The happiness that is evident by their grins on stage is palpable, and echoed by their fans. For a metal show, never have we seen so many smiles, positivity, and emotion. How they are choosing to memorialize Wayne is so unique and perfect. A front man in his likeness, who has done a phenomenal job so far, takes zero credit (pun intended), and completely defers to Wayne’s memory and the band Static-X. It’s truly a testament to the human condition – that we are capable of forgiveness, humility, healing, drive, confidence, and so much joy in the wake of such deep and complicated grief and sorrow.

The set list is Wisconsin Death Trip heavy, leaving out December and Stem, which were played over the sound system at the beginning and end of the show, respectively. The hits from Machine, Shadow Zone, Start A War, and Cannibal are all touched on too, making the show a non-stop juggernaut, with the exception of doing shots, of course!

Xer0’s identity is yet to be revealed, though there is speculation of it being Edsel Dope of Dope. Regardless, his voice is eerily similar to Wayne’s, and does a phenomenal job capturing his spirit in the performance.

After closing with Push It, Xer0 promptly exits the stage, taking no glory for his performance in any way, while Stem plays over the loud speakers and Ken, Koichi, and Tony address and thank the crowd.

We may have lost Wayne, but the good memories live on a hundred-fold. Fans are reunited during these shows not only amongst themselves, but most importantly, with the three founding members of Static-X in a celebration that will echo through time. A thing not thought possible is finally a reality, despite some minor negative feedback of fans. It took a lot of nerve and guts to put not only the project together, but to embark on a World Tour, and it’s paying off with lots of love and closure, memorializing the life and achievements of Mr. Wayne Static.

Make sure to check out other DWP interviews with Wayne Static:
Wisconsin Cheese Trip – A Recipe & Interview With The Static’s
Wayne Static Makes Time For The Troops

All photos copyright of The Devil Wears Parsley (Natalie Wiser-Orozco) unless otherwise stated. No use without written permission.

Featuring support from Wednesday 13 only (no DevilDriver, DOPE or Raven Black):