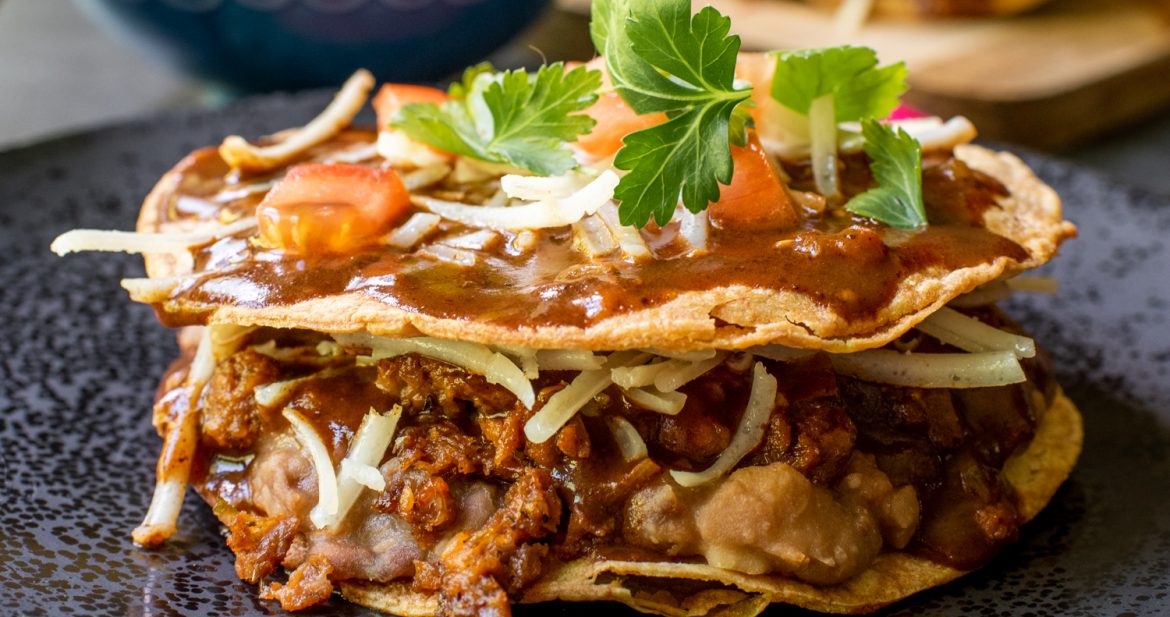 Ah yes, the Mexican Pizza. All-American, and created by Taco Bell most likely. Online search history of Mexican Pizza yields a Taco Bell article stating that it was invented in the 1850’s by Martin McFly. He experimented with microwaves and “taco seasoning” brought back by a Spanish settler, and as a result, the Mexican Pizza was born!

The microwave was invented in 1946, so the story starts to break down there. Searching ‘Martin McFly’ yields articles about the movie Back To The Future, so said article doesn’t carry much weight. I’ll yield to Taco Bell as creating the Mexican Pizza. We have the California-born Glen Bell, Taco Bell’s founder, to thank for this creation. 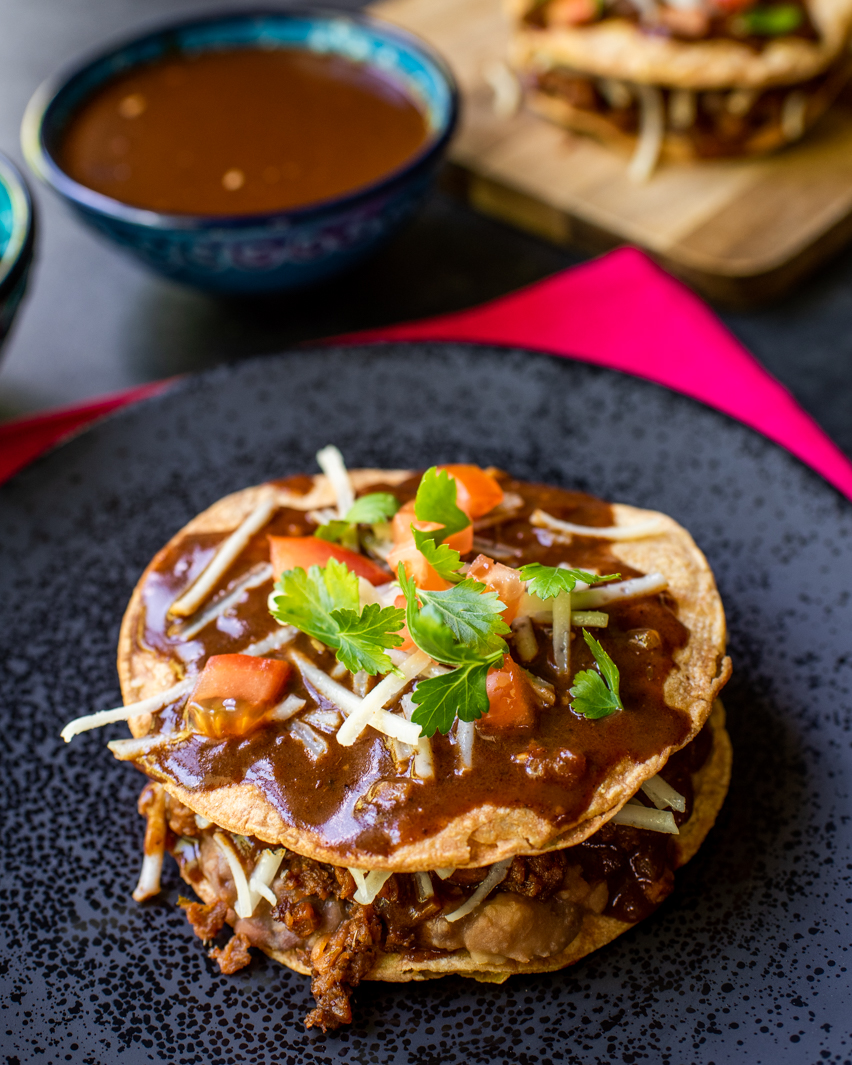 You can involve your kids (or significant other) with this part, making the build more fun as a result. Set out your beans, meat, and sauce in assembly line fashion, with 8 tortillas on a sheet pan, moving in steps. Firstly, have one person slather the re-fried beans evenly on a tortilla. Secondly, pass along to the next, and top that with taco meat. Third, continue with another tortilla, and gently press so the meat and beans compress together. Fourthly, add sauce on top of that, ensuring that all edges of the top tortilla are covered, ensuring no burnt edges. Finally, top with cheese, and then bake in the oven until heated through.

You can top with more sauce if desired, and any traditional taco toppings you like. I did fresh tomato and cilantro, but you could also add avocado, vegan crema, onion, shredded cabbage, pickled or fresh jalapeño. You get the idea!

I cut mine in fourths to resemble little pizza slices, though you could do just halves, or serve them whole. Either way, so delicious! 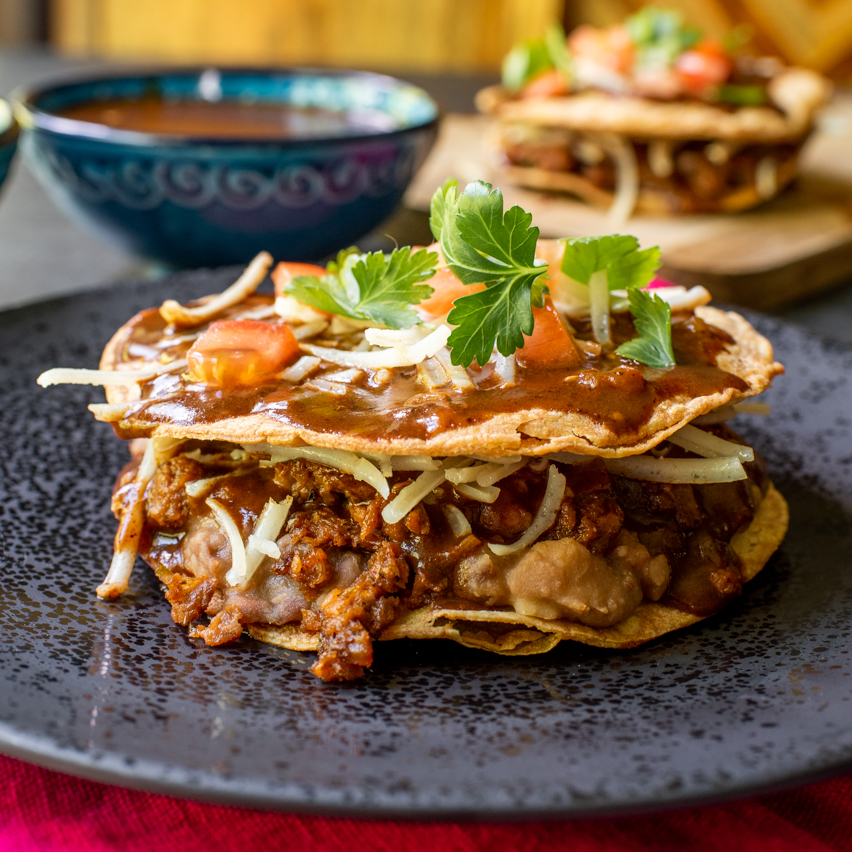 *DISCLAIMER: This post contains affiliate links with Amazon. If you click any of the above links, I get a portion of the proceeds of any purchase at no cost to you. Thank you for your continued support! It helps keep The Devil Wears Parsley around, and I love being here rockin’ with you! 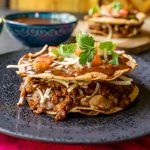 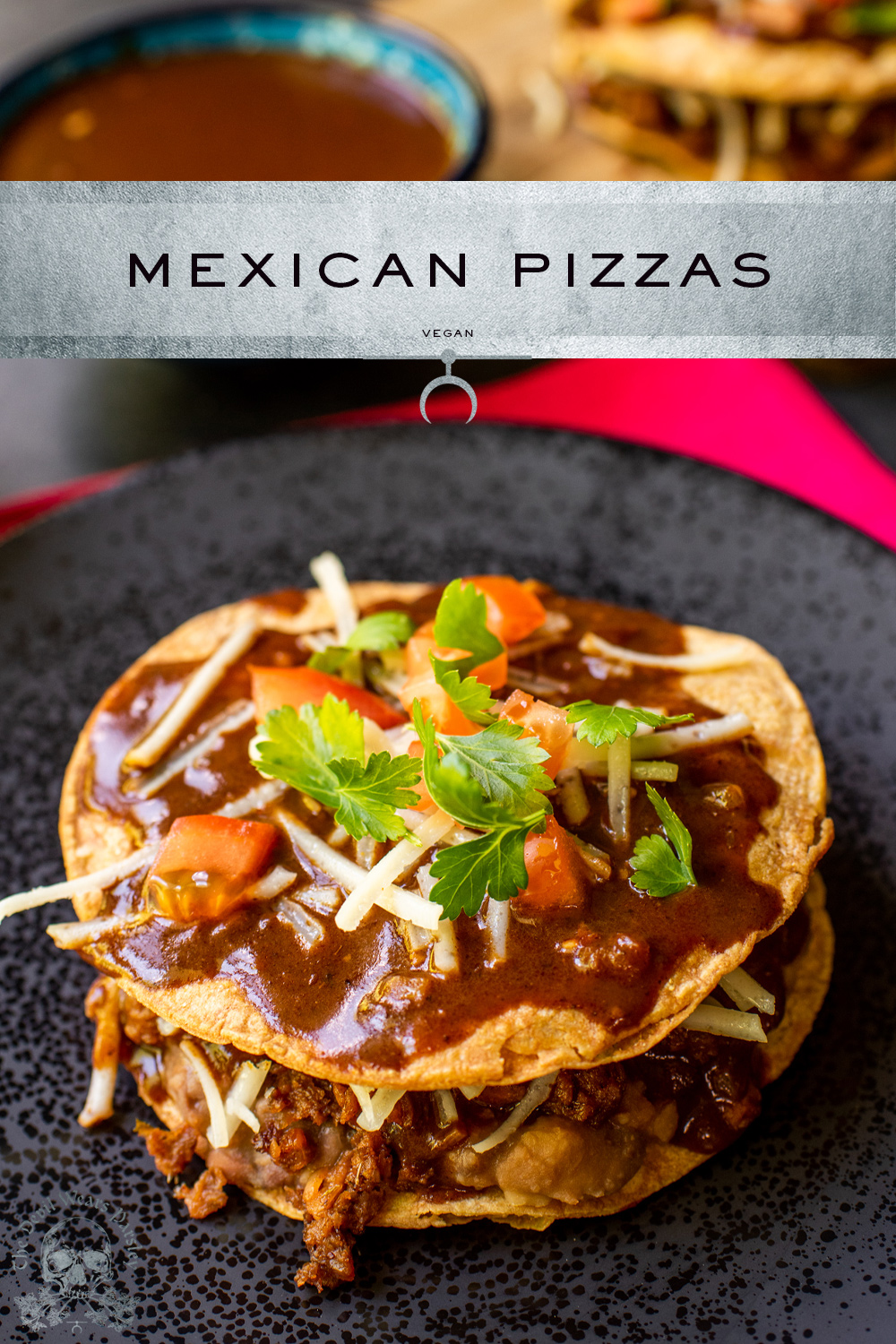