I’ve been having white balance issues with my photos lately, so I thought I’d take photos of whatever I happened to cook tonight. After looking back at how I edited that Roasted Cauliflower image, I almost puked. What REALLY sucks, is that the image BEFORE the edit was way worse! HA! :-/ So, I decided to get my ass in gear and try to take a better photo from the get go. Most of the time, the photos happen at night when I can’t take advantage of the natural light, so I’ve got to get my own lights out. I used the custom white balance adjuster on my camera, and went to town. Here’s how they turned out: 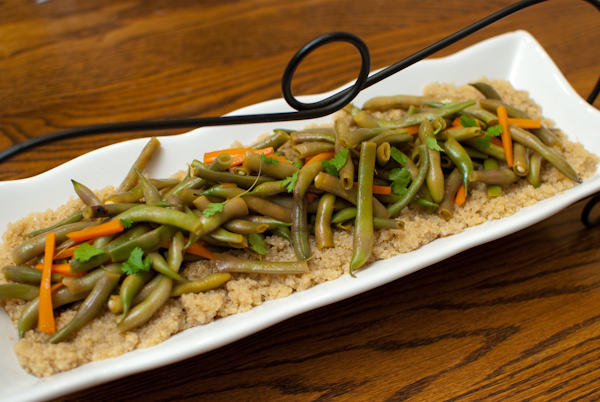 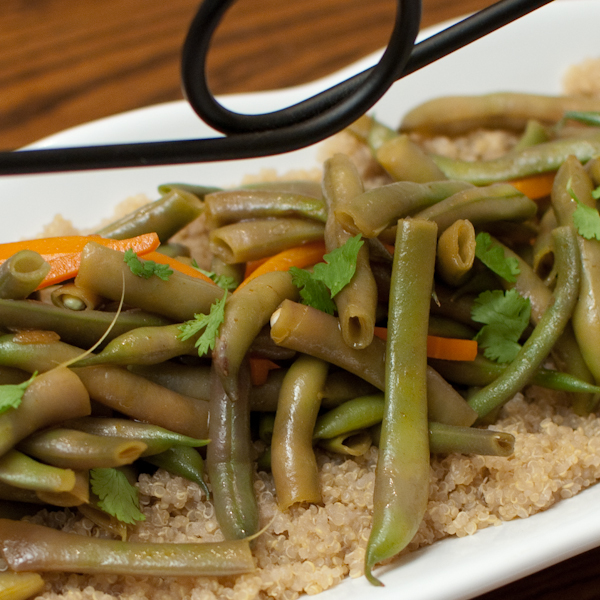 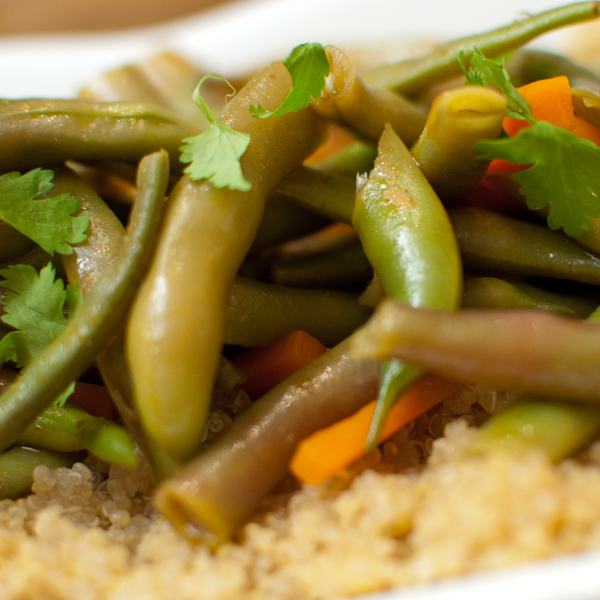 I think the pictures turned out better than the Roasted Cauliflower, definitely. The dish was actually pretty good too! I’m on a healthy kick and a new ingredient kick. I’ll settle down soon, I swear. The quinoa was a new ingredient for me, as were the purple beans, and it’s a healthy dish (yes, again). The quinoa was kind of like couscous, though not as hearty, and they had a little pop to them, kind of like caviar has. It was super tasty though! The purple beans tasted just like regular green beans…. perhaps slightly earthier, but equally delicious. They look a washed out green in the photos, but they started out purple as purple can be. I should have known to take a before picture! Perhaps “Organic Man” at the Riverside Farmers Market will have some more this coming weekend. In the mean time, enjoy!

Bring a large stock pot of water to a rolling boil. While waiting for the water to boil, start the quinoa according to package directions using the chicken (or vegetable) stock instead of water. Throw the beans and carrots into the boiling water and cook until tender. While the veggies are cooking, whisk the remaining ingredients in a large bowl to create the dressing. When the veggies are tender, place them into the bowl with the dressing and toss to coat. Serve on top of the quinoa.