Lately, I’ve been inspired by unlikely pairings. Or, maybe you could call them likely pairings, actually. Take Buffalo Wings for instance. This is one of my favorite dishes to gorge on because of the delightful flavor combination of the tangy, zippy Franks Red Hot sauce, creamy blue cheese, and the fresh carrot and celery sticks that accompany the dish. If ever you could apply the term ‘umami’ to an American dish, I dare-say this one would be it. Hot, sweet, sour, and worthy of a faceplant. 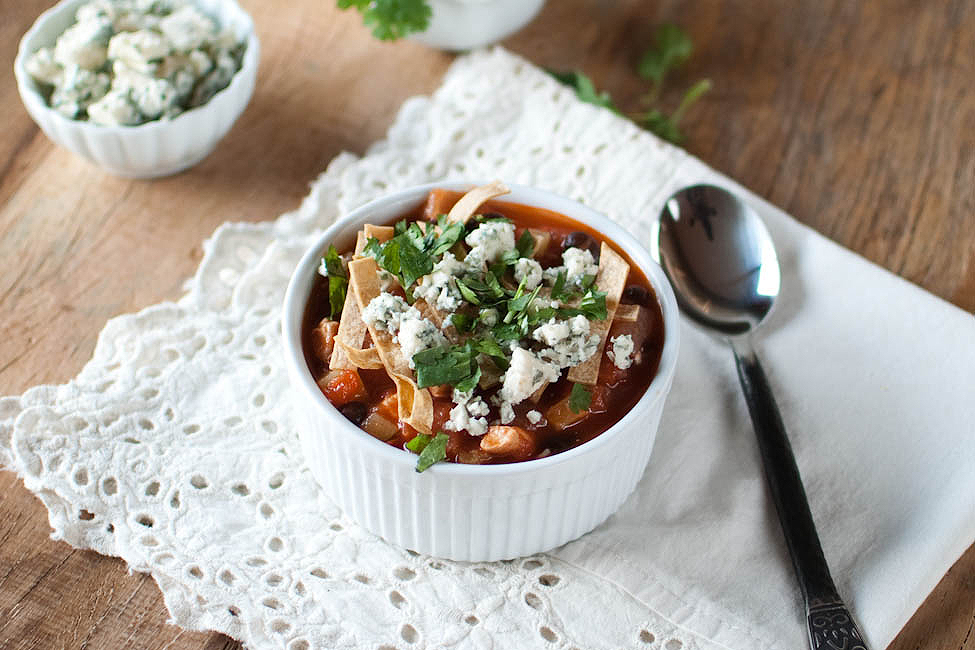 Then, you have Chicken Tortilla Soup. Another favorite of mine, which has fond memories from my time at T.G.I. Friday’s. Curtis and I would eat that shit with a TON of cilantro. As far as the buffalo wings go, Carolina and I would eat Franks Red Hot out of bullets (read: itty bitty sauce containers for the non-restaurant worker) BY ITSELF. I think it’s safe to say that we loved the stuff.

And yes. There WAS a time where T.G.I.Friday’s DID use Franks Red Hot for their wings. And made our own blue cheese dressing. And made Tortilla Soup from scratch. And made our Oreo Madness FROM SCRATCH, and the Mud Pies too. Ohhhh those mud pies. Scooping 48 scoops of mocha ice cream… making the chocolate mousse that poured around them, and was frozen in that liquid love dance and topped with crushed oreos. Cutting it was a pain in the ass after it froze, but that’s what had to be done.. You know what though? It was all worth it. You could tell the difference between the real thing, and that pre-made bull crap they switched to in the end.

Maybe I’ll post the recipe for that Mud Pie someday. Even though it’s a bitch to make, like I said, it’s totally worth it. With all this talk about Mud Pies, you’d think that was what this post was about! Another day, another day! We have BUFFALO CHICKEN here!!!

Do you have a restaurant favorite? Let’s hear it! 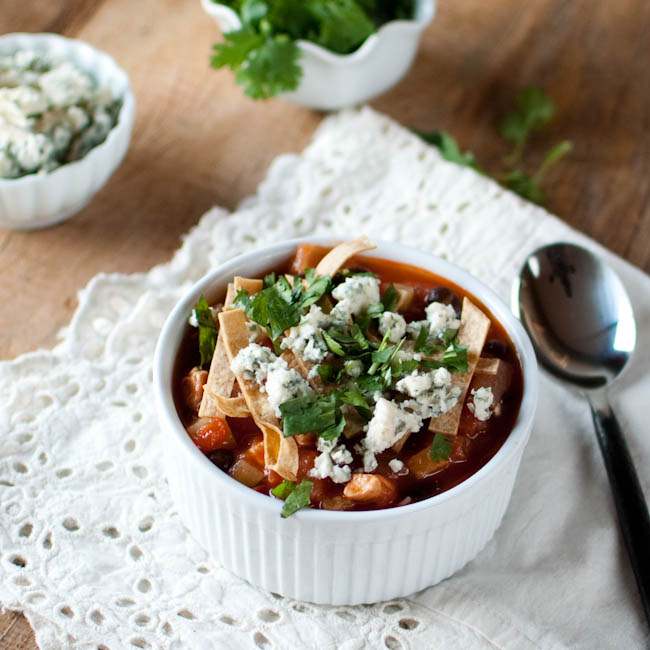 Preheat the oven to 350°F. Cut the corn tortillas in half, stack on top of one another, then cut into strips about ¼ inch thick. Spread on a cookie sheet, and bake for about 20 minutes, checking after 15, and until all the moisture is out of them and they are very crunchy. Heat a stock pot over medium heat, and add in the olive oil. Sauté the onions and celery for about 8 minutes, until they are soft and translucent, but not burnt. Add in the salt, pepper, zucchini and raw chicken, and cook until the chicken is almost cooked through, about 3 minutes. Add in the chopped tomatoes, chicken stock, and Franks Red Hot, and bring to a boil. Simmer for 5 minutes, until heated through very well. Divide into four bowls, and top with the crispy tortilla strips, blue cheese, and cilantro.