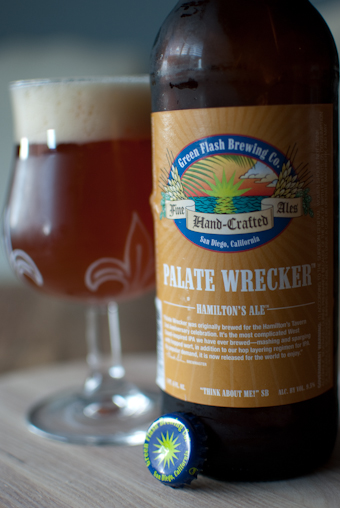 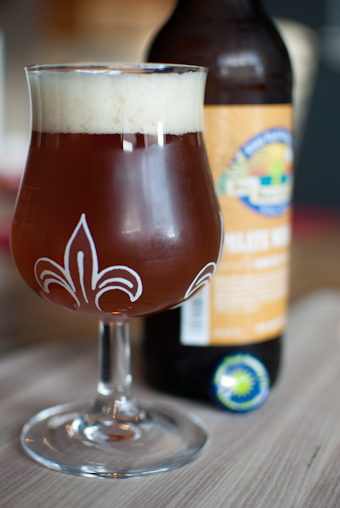 Beer hunters! This week’s offering comes to you from Green Flash Brewing Company.

Green Flash hails from San Diego, and have been around since 2002. It seems that quite a few breweries get their start as a team of home brewers who decide to take the plunge into doing something bigger. In the case of Green Flash, owners Mike and Lisa were former pub owners, and have since won many awards for their beers, including the Great American Beer Festival, World Beer Cup, British Beer Festival, and many others. 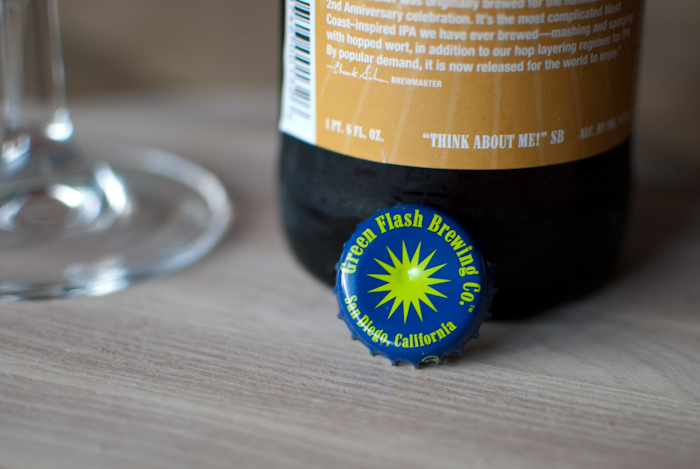 Palate Wrecker will do just that, wreck your ish up! It’s an Imperial IPA, and was originally brewed for Hamiltons Tavern 2nd Anniversary Celebration. It was so popular, they decided to brew it on the regular! Since it’s an Imperial (or Double if you prefer that terminology) IPA, it’s a strong puppy, clocking in at 9.5% ABV. The aroma is very hoppy, floral and dank. Bitter, citrusy hop flavor will assault your tongue as you take a sip, but is balanced with sweet, malty grain. The bitterness remains long after the sweetness fades, and your palate is left well “wrecked.” If you’re into the DIPA scene, this craftie will not disappoint. 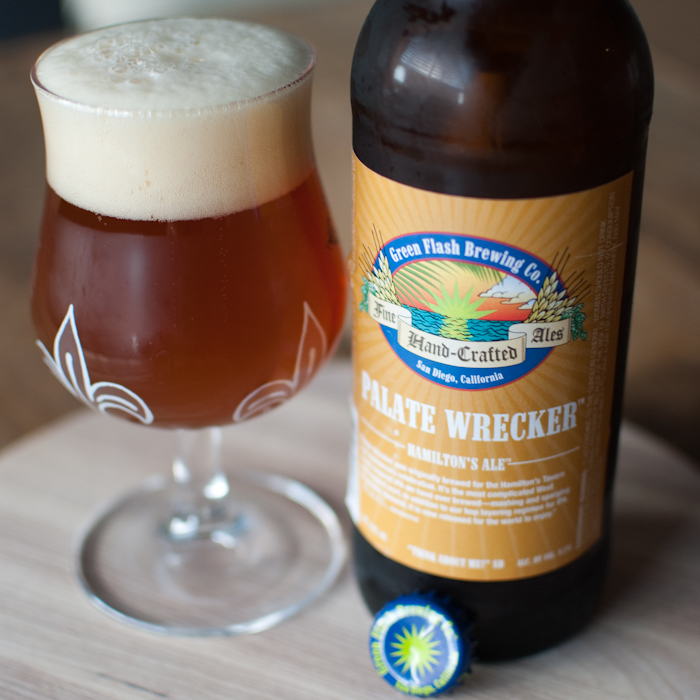