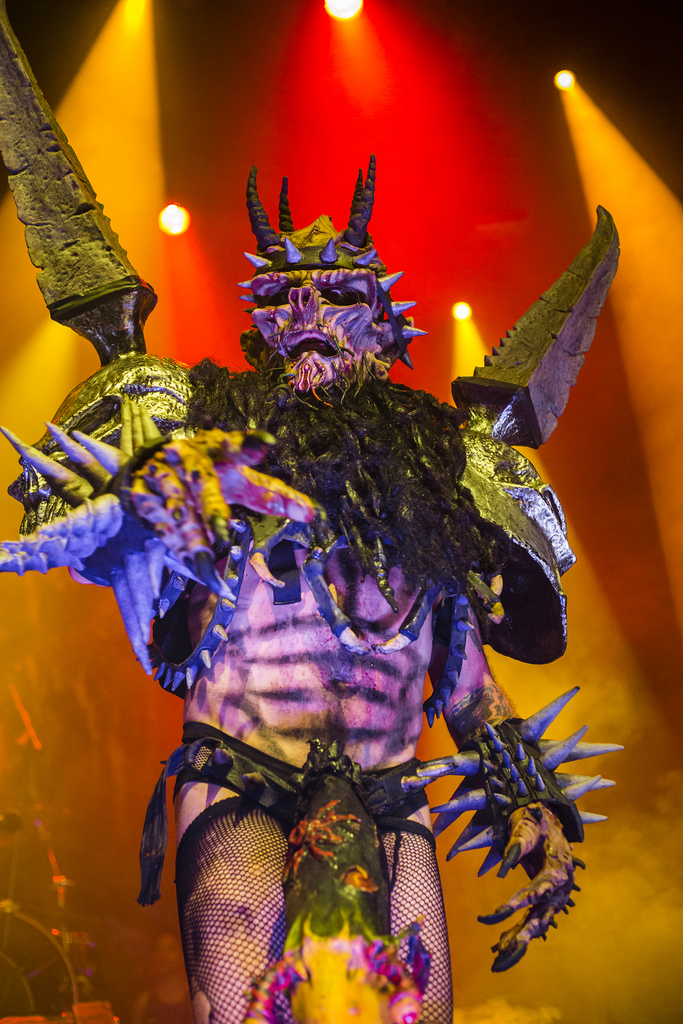 It’s with a sad heart that I bring the news of Dave Brockie’s death. He was the front-man of GWAR, and was known by most as Oderus Urungus. Honestly, I never knew his real name until after he passed. I’m not going to stand up here and say that I loved GWAR, because, also, I never owned a GWAR album until after Dave’s death. Like many bands, they never got a fair shake with my ears.

I can say, however, that many many moons ago, I, and some of my closest friends went to a GWAR show. We went in white t-shirts, because that’s just how you roll to a GWAR show. You get sprayed with every bodily fluid imaginable (really, just colored water), and your white t-shirt turns into what looks like a botched attempt at tie-dye. It’s the ultimate trophy. Even though I didn’t know any of their music, it had to be one of the best shows I’ve been to besides Alice Cooper. Think of it as a Gallagher show, but instead of a human, you get a horde of sex-crazed space demons, and instead of being showered with watermelon bits, you get a shower of the golden variety. And blood… and other … bodily things. 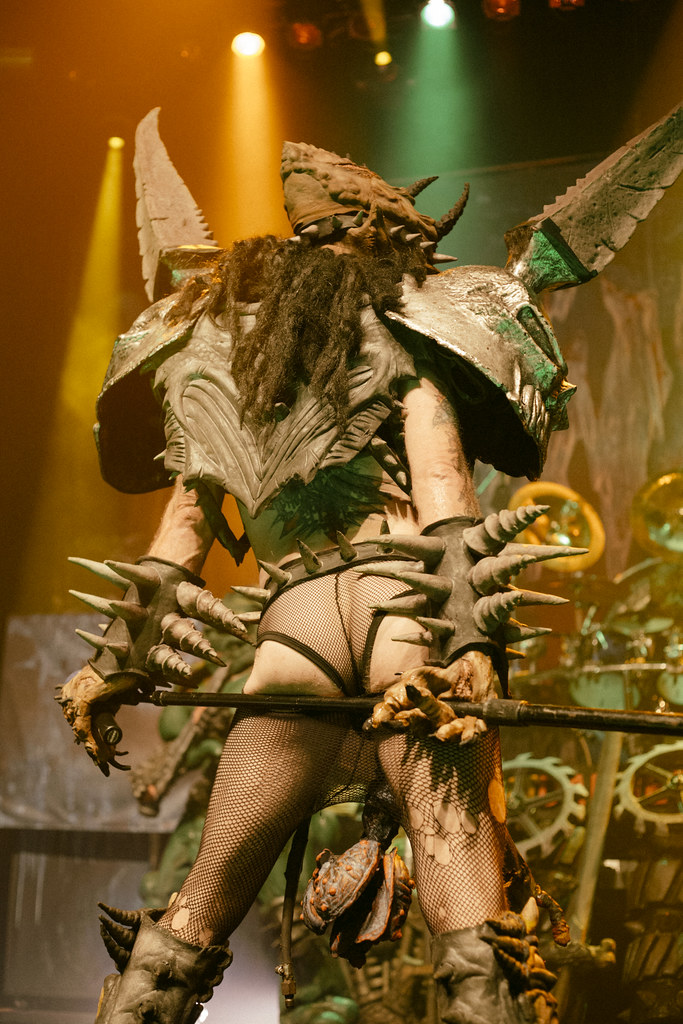 Is it sick? Yes, some may think so. GWAR is one of those bands that definitely went for shock value, and sadly I can’t speak to the lyrics of his music, but the folks over at Liquid Metal said this:

“Liquid Metal is sad to announce that Dave Brockie, also known as Oderus Urungus, founder and lead singer of Gwar, has unfortunately passed away. He was 50 years old. He was found Sunday night at his home in Richmond Virginia. Dave’s genius will never be forgotten. His talents far surpassed his legendary Oderus character. He was more than a great musician. He was a multi-talented writer, artist, painter, and an all-around amazing person. This is a devastating loss to the metal community. It will be a much different world without his inspiration and out of this world sense of humor. His knowledge was astounding. Whether expressing his political views as an inter- galactic correspondent on Fox Red Eye, or setting up the incredible Gwar B Q for diehard fans, Dave could do it all. His charisma, imagination, sense of humor and creativity cannot be matched. He was true to his craft, stood behind his art form, and was unapologetic to those who did not understand him. We will miss his music his energy and his hilarious twitter rants. A world without Dave is a dull world to live in, but his memory will live on forever in his friends, fans, family and especially here on Sirius XM Liquid Metal. Our thoughts and prayers go out to everyone touched by his genius, and of course to the almighty scum dogs in Gwar. Rest in peace Dave. May you’re journey beyond this galaxy be a great one, Flattus will be waiting.”

… and I believe them. If it was even for the duration of a show, you would be highly entertained – even transported to another world. The shows were so sick, gross, and completely absurd, that the content couldn’t help but bleed into the realm of hilarity. That’s what I remember anyway, and that was probably pushing 20 years ago now, so I’m relying on memory. It was a damn good time, and an event that I’ll remember forever. I’m SO GLAD my mother didn’t realize what I was doing! SORRY MOM! 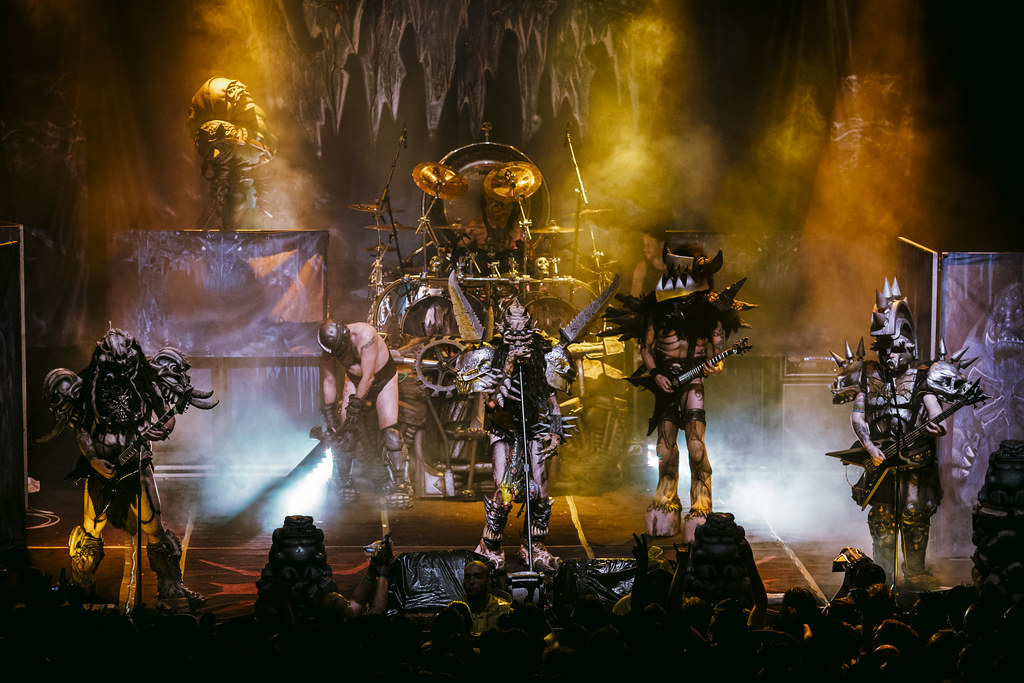 When a member of the metal family dies, we all feel it as if it were our brother or sister, and we try to honor them the best we can. You’ll be missed, Dave Brockie!

Here’s the news this week:

That’s about all this time, scum dogs. Our lives in this world will always be shorter than we want them to. All the more reason to seek out the magick that is around every corner.

P.S. Aren’t those GWAR photos out of this world? If you like them, Todd Sipes has all kinds of wicked concert photos, and all kinds of other photos too! Check him out at www.toddsipes.net!