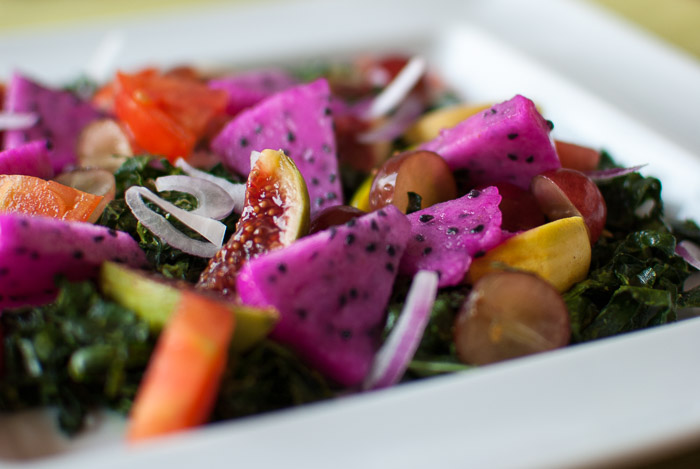 This past weekend was filled with tons of great food not only from our Inland Empire Food Bloggers August Meeting, but I also had a birthday party to go to the same day that had the normal party fare, burgers, hot dogs, chili, chips, salsa, veggie tray – you get the idea. I think I had probably a leaf of lettuce and a floret of broccoli the whole weekend veggie wise.

I still had tons of produce left over from my Melissa’s box from last weekend, so I decided to go super-healthy to counteract the damage I had done during the weekend, and my body welcomed it with open arms!! Plus, it would have been a shame to not feature a recipe with Melissa’s fabulous produce in raw form. So, I give you this salad – The Art of Shredding KALE!!!! I really like kale, but sometimes if you have a lot of it – maybe it’s just me – but my jaw hurts after having a big salad of it. It’s like when you’ve chewed your gum long enough, and then you chew it some more, and you wake up the next morning like, “WTF? Why does my jaw hurt?” Just me? Oh well… I thought that cutting the kale in fine ribbons would help that out a bit, and I think it did! I really loved this salad, and I hope you do too.

So… the art of shredding. The title of this post comes from Pantera’s Cowboys From Hell album, and a song contained within – The Art Of Shredding. A classic album, most definitely. It helped shape the metal that we know today. Yesterday (August 20th) was Dimebag Darrell’s Birthday, and to honor one of the greatest metal guitar players ever, I present to you the Art Of Shredding KALE!!

Listening to:
The Art Of Shredding
Pantera – Cowboys From Hell 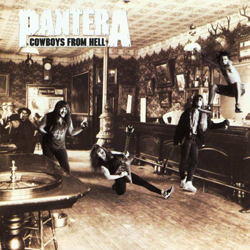