I was a little nervous about posting this recipe since it IS a family recipe and all*. 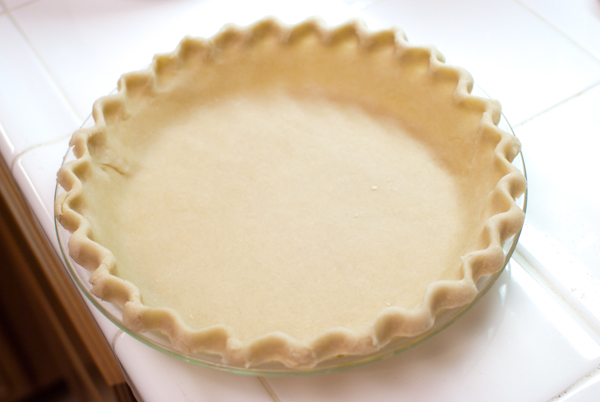 Then I thought of my Grandma, and how absolutely good she is.

There’s no other way to describe her really, because everything would just boil down to pure goodness.

She is really the most kind, good, understanding, nice person I have ever ever EVER met in this world. When I was a child, I remember her taking in 16 kittens. They were all born in an abandoned house, and she coaxed them out, one by one. She took them into her own house, and cared for every one of them. All were neutered/spayed and they all got their shots. They all lived very long lives, and I think there even may be one or two left!

Besides the cats, she cares for everyone in her neighborhood as well. She takes them to their doctor’s appointments and various errands, and is very involved with the church. She wants to take care of everybody, and make sure that everyone is happy. If there is such a thing as a perfect role model – she is it. Her ethics are sound, and morals un-wavering.

Gosh, I’m getting teary-eyed! I think a trip to Pittsburgh is in order very very soon!

So, after reminiscing about her inherently good character, I concluded that she would want me to share this with as many people as possible!*

Start with your trusty sifter. 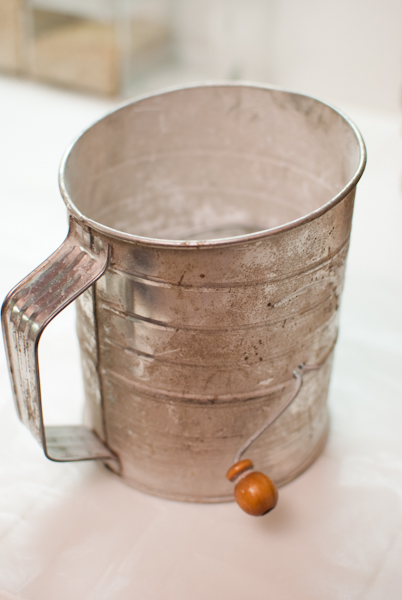 Get your flour out. You will also need a one cup measuring cup, a large soup spoon, a butter knife, and measuring spoons… 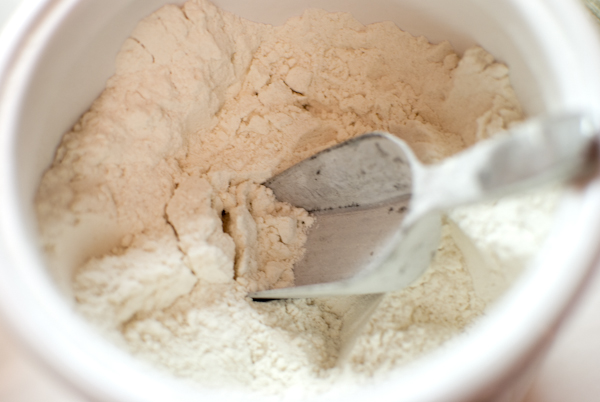 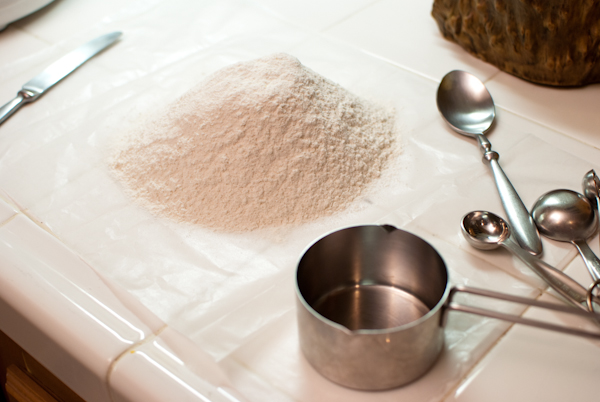 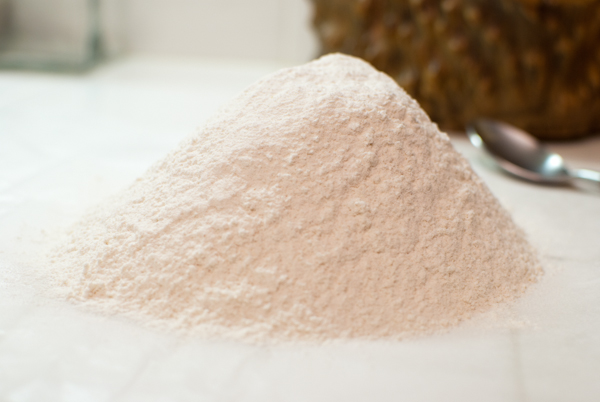 Fill up your measuring cup with flour using that soup spoon, and grab your butter knife, and make sure the flour is level. 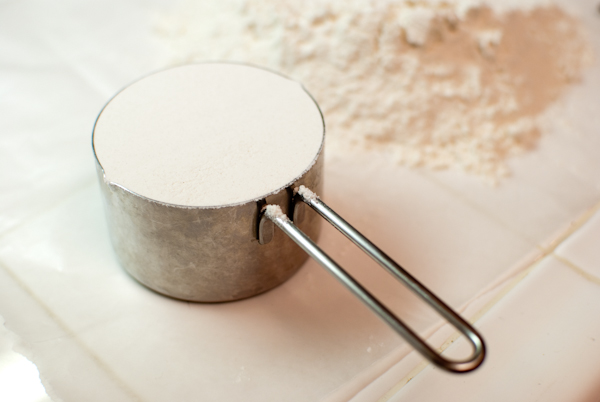 Add the sugar to the flour mixture. 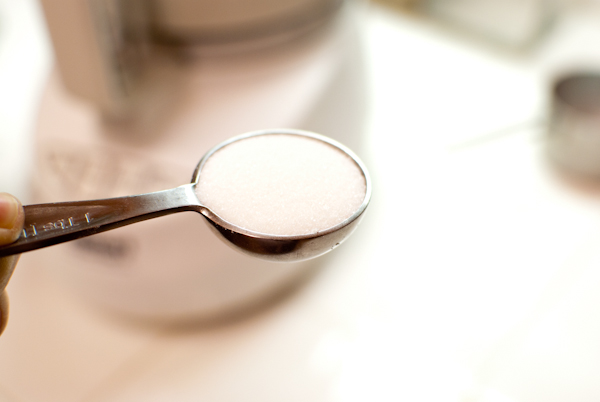 Add the shortening and salt. Here, I used a food processor. I’d recommend executing the recipe as it is written, with good old-fashioned elbow grease and a fork. This didn’t turn out as flaky as I had hoped, because everything got worked a little too much. 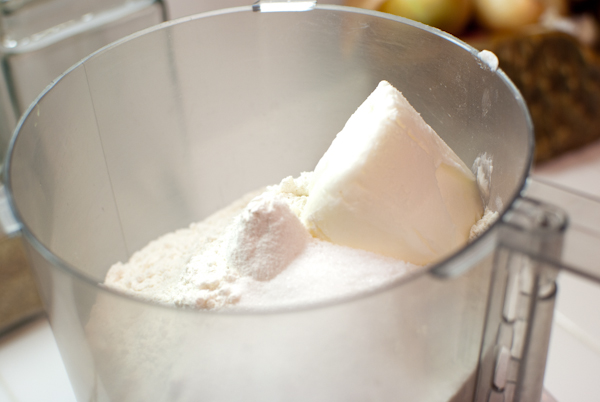 Pulse that until it resembles coarse meal, and the shortening is no bigger than a small pea.

Get your milk and water ready: 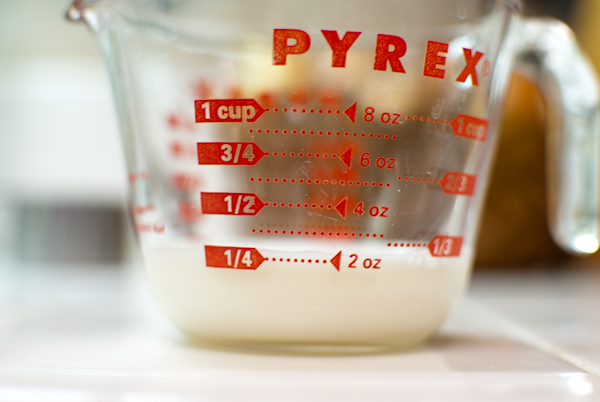 Add to the flour mixture a drop at a time, and mix until it starts sticking together. 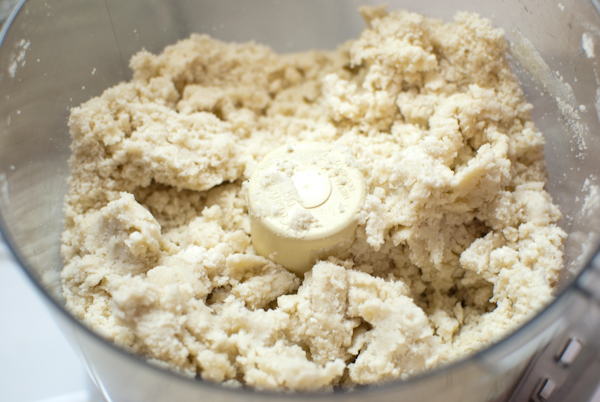 Form into a ball, and you can either use right away, or store in the refrigerator for a day or two until ready to use! 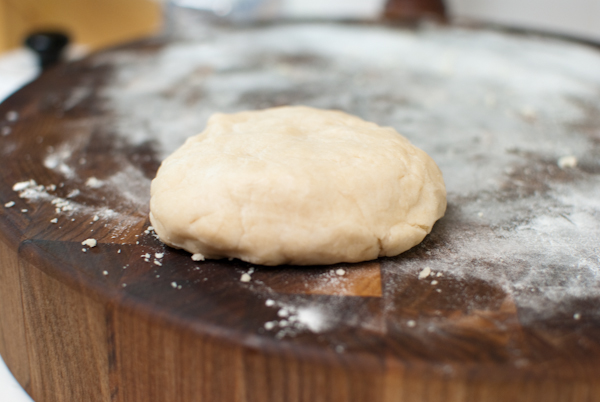 Here it is! This one was ready for Pecan Pie filling. I’m more fond of Pumpkin Pie though. It’s my childhood favorite. I even asked specifically for it as my birthday treat one year!

*Don’t worry! I called to ask permission, and it was granted. 😉 She also wants you all to root for the Steelers today!


Sift all dry ingredients into bowl. Add shortening and cut with a fork until mixture resembles coarse meal. Add water and milk a drop at a time until dough holds together. Chill 30 minutes before using. Makes a top and a bottom pie crust.