Alright, alright… So I guess TECHNICALLY this isn’t a shortcake recipe. I did dream up this recipe in honor of National Strawberry Shortcake day, though! I didn’t want to do the run of the mill shortcake recipe, although it WAS one of my father’s favorites, and brings back some good memories. I wanted to adult-ify it a bit. Make it a little more sophisticated, you know?

I thought crostini… but what to use for the crostini element? I thought that I could use shortcake, and just slice it and toast it up… It probably would have turned out fine, but I wanted something REALLY crunchy!! Then it hit me! What cookie is unbelievably crunchy and also flat as a board? BISCOTTI!!! 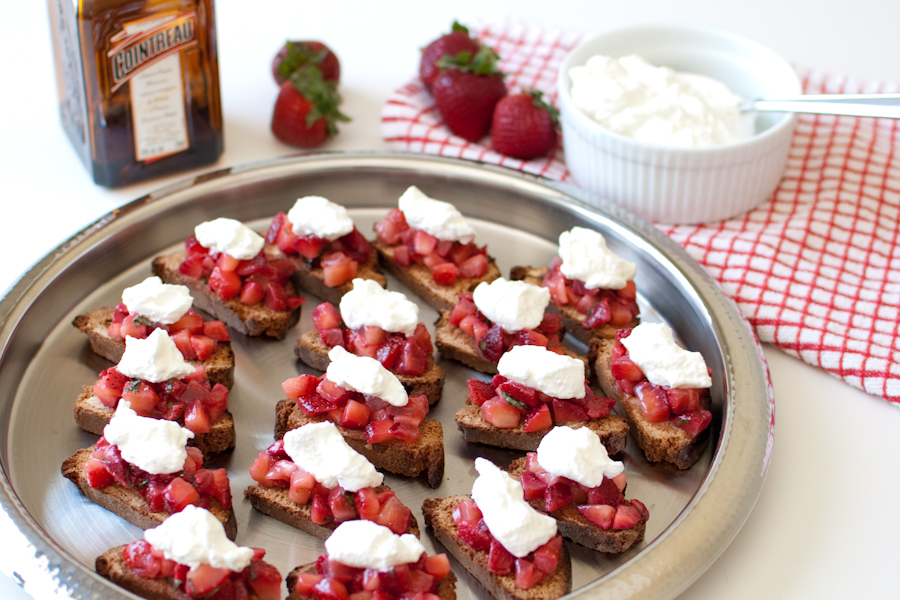 I knew I had to make the biscotti myself, from scratch, in order to get the shape I wanted. It had to be the perfect vehicle for macerated strawberries. I found this great recipe for Traditional Italian Almond Biscotti and got to work! I halved the recipe since I knew I’d be slicing the biscotti thinner than a traditional biscotti.

Needless to say, trying to do three things (snacks, biscotti & dinner) in the kitchen at once is not a good idea. I broiled that biscotti like nobody’s business. Whoopseee!! It was still edible, so I continued with the remainder of the recipe – slicing it about a quarter of an inch thick, and back into the oven to crisp up. Before broiling the hell out of the poor thing, I shaped it as close to a baguette as I could, so the rounds would be as round as they could be. They tuned out to be the perfect shape, broiled and all!

As for the berries…. Driscolls Organic Strawberries are particularly SPECTACULAR right now… at least where I’m at in Southern California. I picked some up, and they are perfectly ripe, so sweet, and not past their prime like so many berries can get in the grocery store. Go out and git you some, son!!

I diced the berries, as you would tomatoes for bruschetta, tossed them in a tablespoon of Cointreau, a tablespoon of granulated sugar, and a tablespoon of basil chiffonade (I used about 10 small basil leaves, and cut them into very thin, pretty ribbons). Toss that together and let sit in the fridge, giving it time to get all saucy while you prep your spiked whipped cream!

All I’ve got to day, is that I will never have whipped cream un-spiked again, unless forced to do so. You will need 1/2 cup heavy whipping cream, 3 teaspoons powdered sugar, and 1 teaspoon Cointreau. That’s it! Whip up the cream until it’s not quite to stiff peaks, then add in the sugar and liqueur. Whip some more until stiff peaks form. You’re done! I only whip up a little bit at a time due to portion control restrictions. I will eat the rest of it all by itself if there are left-overs. Not so good when swim-suit season is upon us!

See how I cleverly hid the burnt side of those sweeet, crunchy little cookies?! They are still fantastic. Happy National Strawberry Shortcake Day!!! I hope you enjoy! 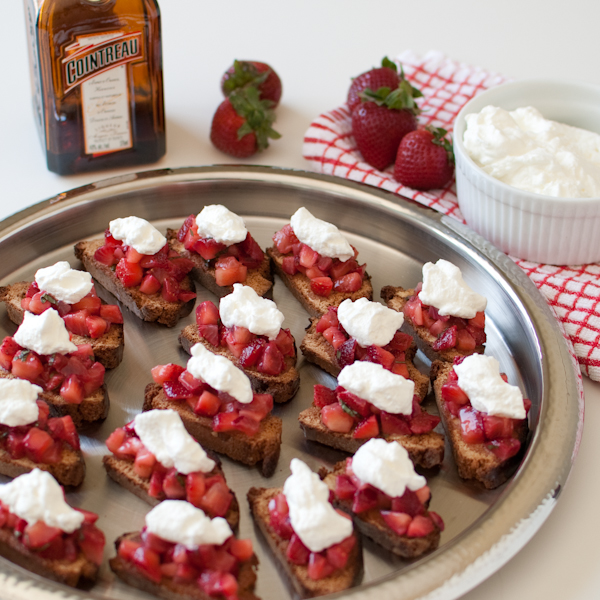 How do YOU celebrate National Strawberry Shortcake Day? Were you even aware of such a thing?

Zimmers Hole – When You Were Shouting At The Devil…