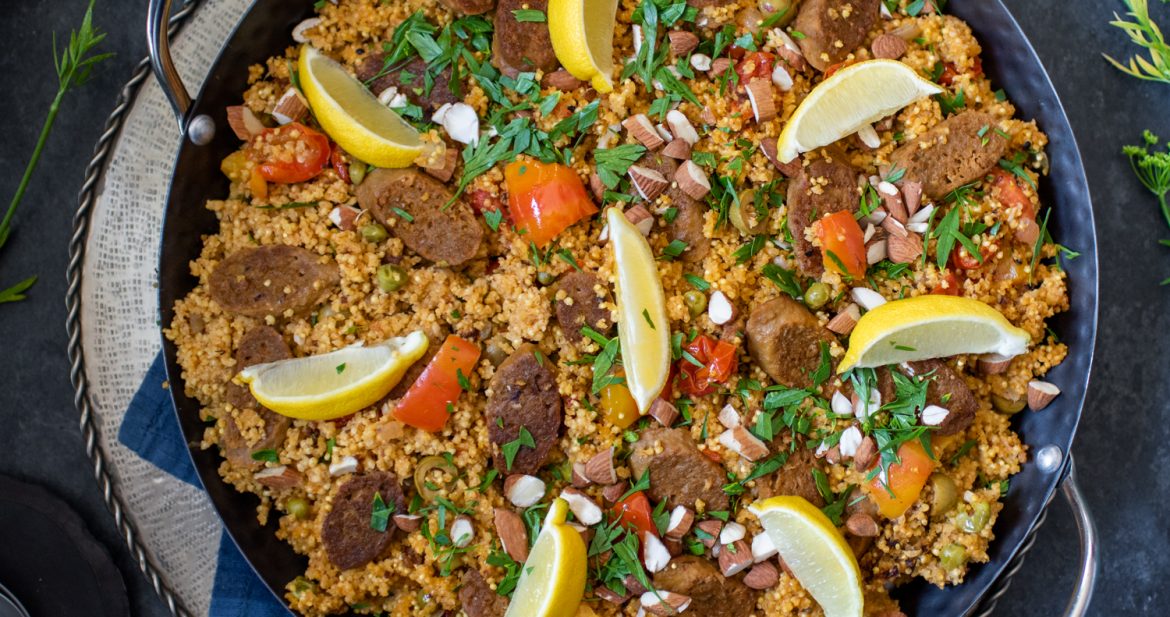 I love the stories behind dishes. This one starts out with having saffron in the pantry, and not knowing what the heck to make with it. After a brief search, it became apparent that saffron is used mostly in paella, and rice dishes.

It was then that I knew that this vegan paella was in my future. I’ve got a love affair with Beyond Meat lately too, and knew that this plant-based sausage would be a match made in heaven. But first, a little history.

This is definitely a bastardized version of the dish, I ain’t gonna lie. Traditionally, paella refers to the pan it is cooked in – which is shallow, flat, and has two handles. In the photos here, you’ll see that the pan is indeed shallow, with two handles. It is merely a prop, and not a cooking vessel. I used a 3.5 quart saute pan for this recipe, as you’ll see in the video. It worked beautifully!

Short grain white rice is the tradition in paellas, but here, again, I switched things up. For my household, it’s all about using what you’ve got, and thanks to Melissa’s Produce, millet is abundant in the house right now, so there you have it. If you’d like to make this recipe, use the grains you have, unless you’re absolutely dying to try millet. I love millet. Plus it’s more nutritious for you too.

Ah yes, the meat part of this “Veggie Paella” is Beyond Meat’s Beyond Sausage! Going back again to tradition, way back in the 1800’s, paella was made with water vole meat. I don’t know what the heck a water vole is, though it looks like a beaver/otter. It went on to use rabbit, chicken, and duck when living standards improved, and then on to what we are used to today (except myself apparently), with shellfish, and sausages.

This is my own take on paella, and I couldn’t be more pleased. The broth is very flavorful with the smoked spices and saffron, and hearty with a robust mix of vegetables, nuts, and the star – Beyond Sausage. With it, you don’t miss the meat at all. It’s perfectly seasoned on it’s own, lends a chewy texture with a protein kick, making this dish complete and delicious. 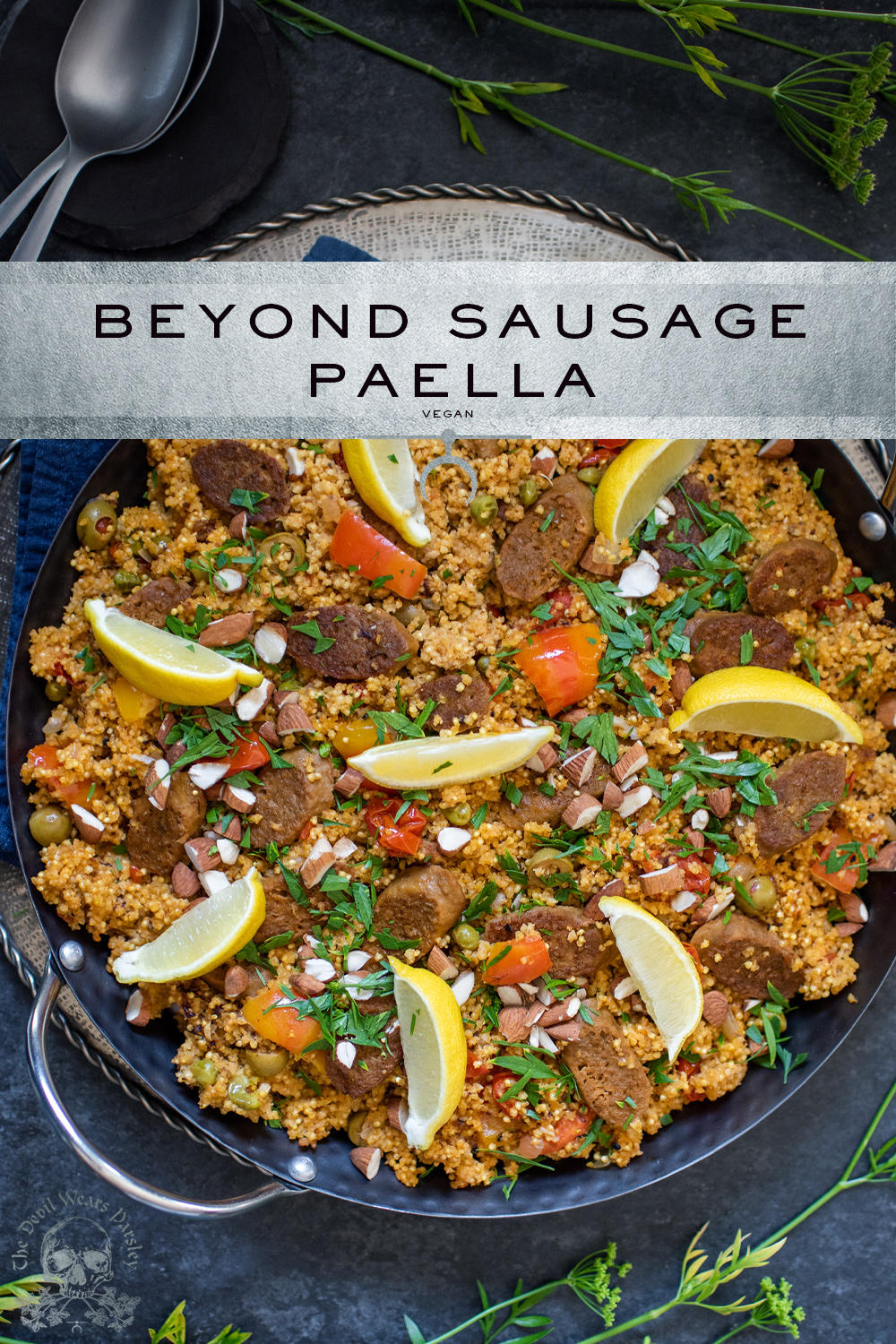 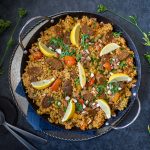