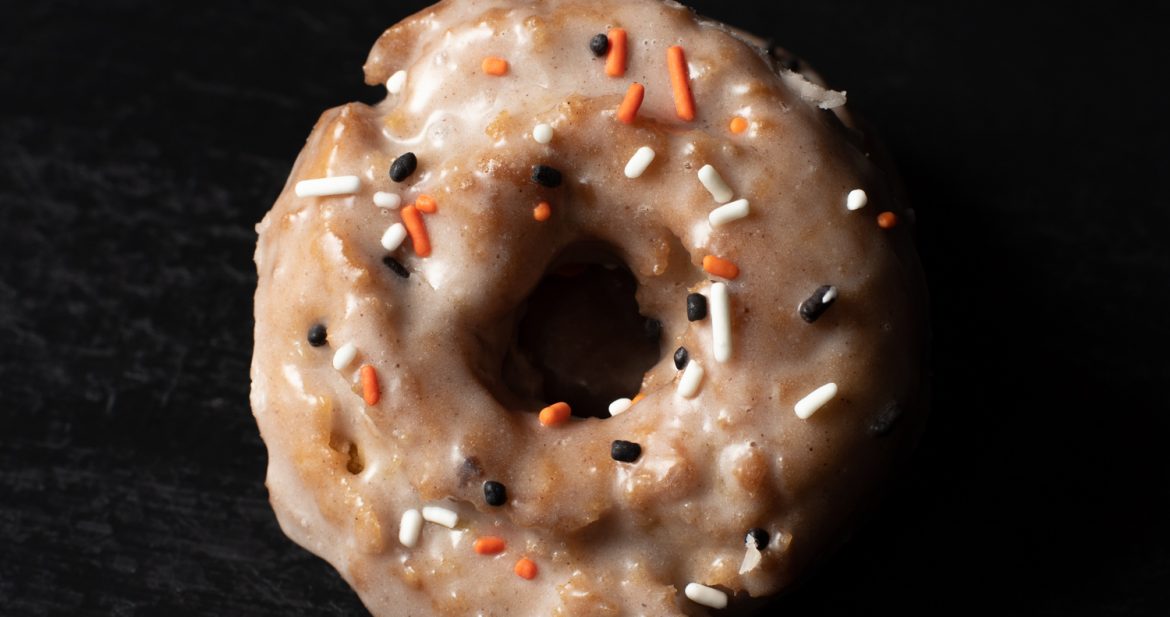 If I’m going to eat doughnuts, I’m gonna eat proper, fried doughnuts. Eff all that “baked not fried” crap, I want the real thing. Cruelty free, of course! It was the Hubb’s birthday this past weekend, and I just could not get my mind off Pumpkin Spice Doughnuts. I searched and searched, and finally came up with a recipe that I knew I could translate into being vegan. Thank you Lindsey from American Heritage Cooking!! 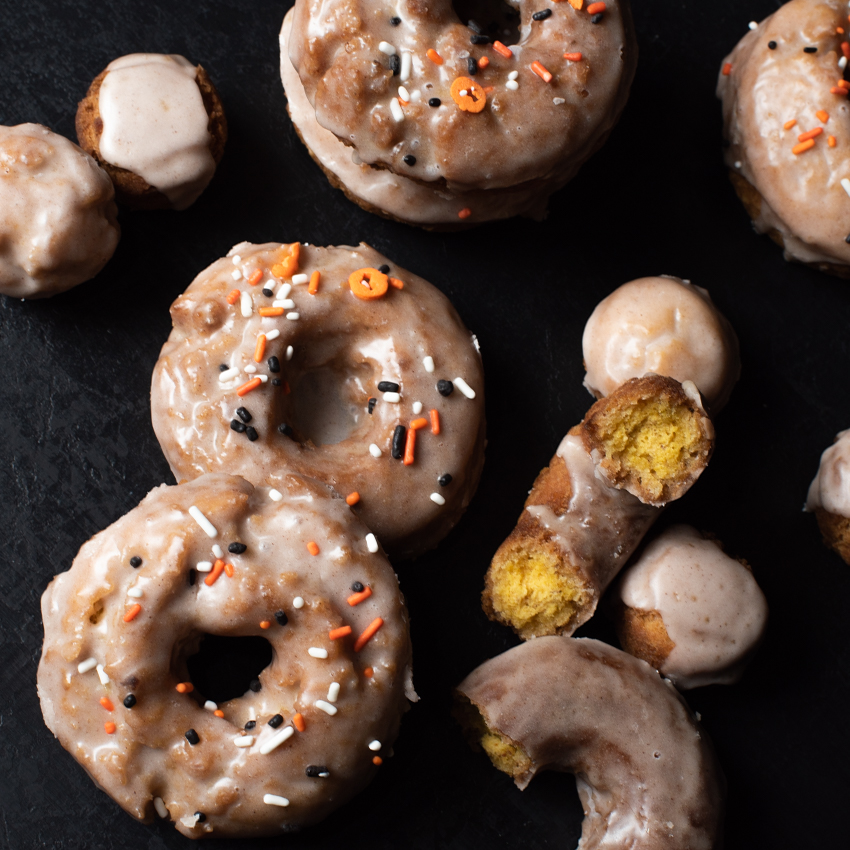 The first batch I did with silken tofu instead of the sour cream and eggs. They turned out a bit dry, so I decided to make another batch, and use vegan sour cream instead. Used a bit more pumpkin instead of egg yolks for the initial sugar & butter beating, and it worked beautifully. 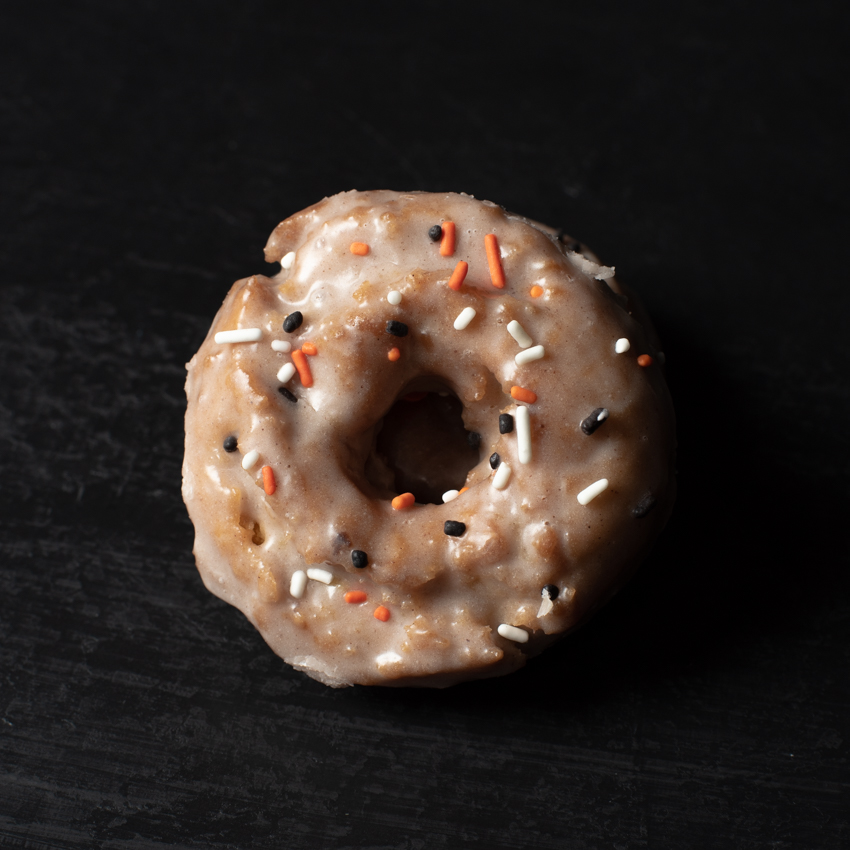 I used the beautiful coconut oil from my friends at CocoNana, but you could easily use canola oil instead. The result was a perfectly moist, not too dense, cakey doughnut with a slightly crispy texture that are what doughnut orgasms are made of. 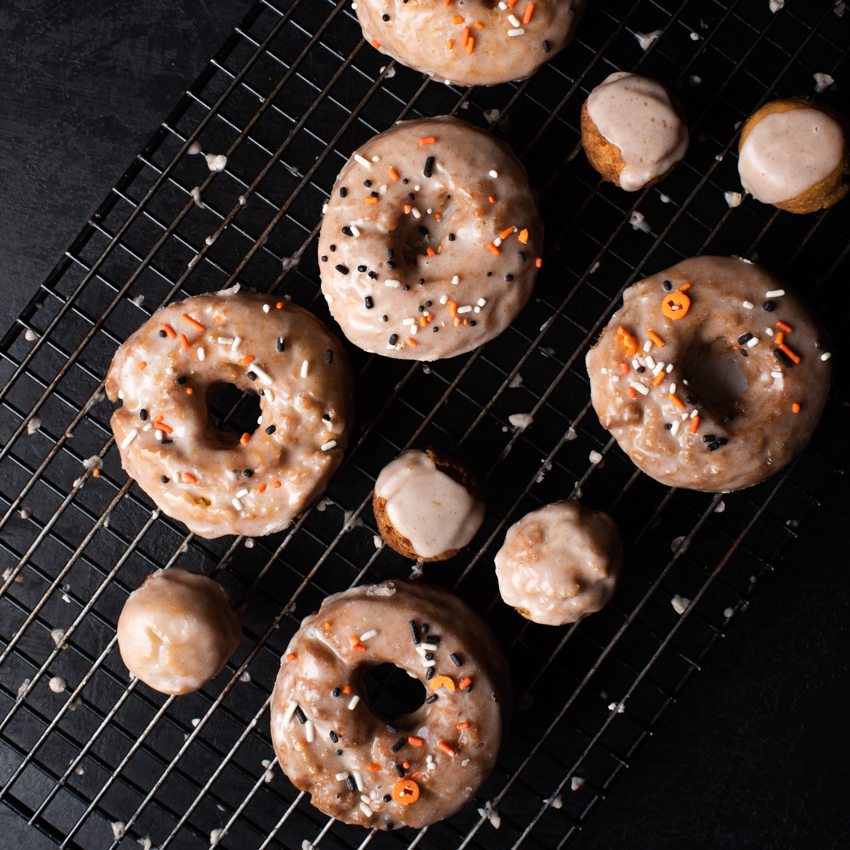 Seriously, you’re going to dream about these. Grab your favorite coffee mug, and a snugly blanket, and hole up on your couch with these! It’s fall in doughnut form. 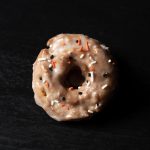 To Make The Dough