Finding new ways to cook breakfast is always a challenge for me. I’m always wanting something that’s not just your plain old bacon and eggs, although they are quite delicious. I generally always move in the direction of the quiche or frittata, and today was no exception. Here are our cast of characters: 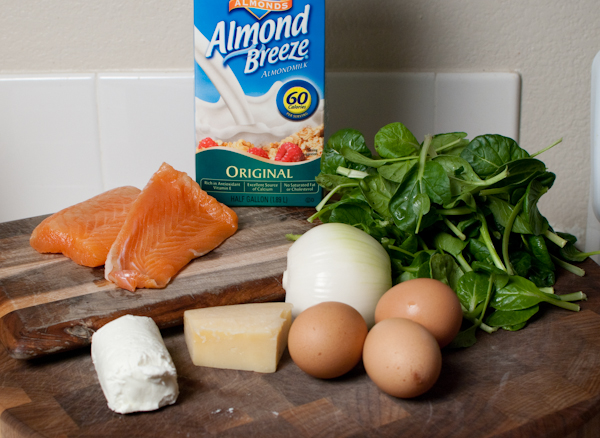 Frittata’s are really great because it’s more of a method of preparation rather than an actual recipe. I don’t know what generally comes in a frittata, but I almost always use veggies, cheese, and herbs. In this case, I had some salmon that needed to be used, so I built the frittata around that. The creaminess and tanginess of the goat cheese and some wilted spinach and onions would pair nicely with the salmon, so I went for it! Start by chopping up the onions. 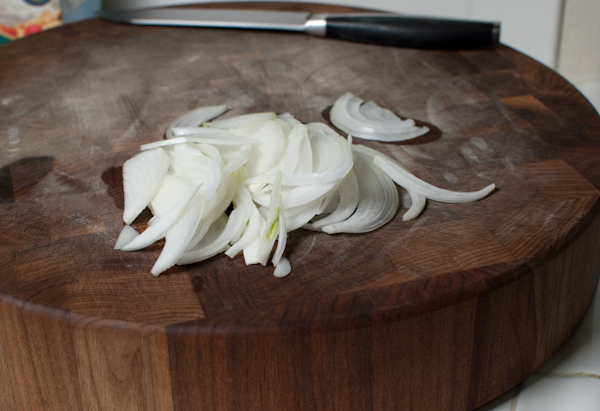 Get those babies in the pan over a medium-low heat, and let the magic happen. 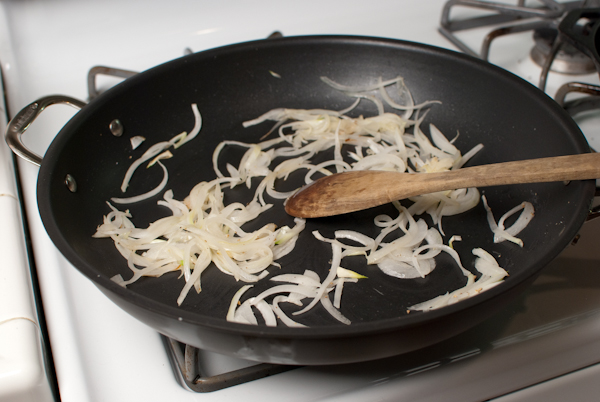 Stem the spinach while your onions are getting beautiful. *Disclaimer: This isn’t really spinach that is shown here. We got this at the farmer’s market, and I asked the guy twice what it was…. I repeated it back to him, and by golly, I still dang forgot. It’s like spinach though, and equally delicious! 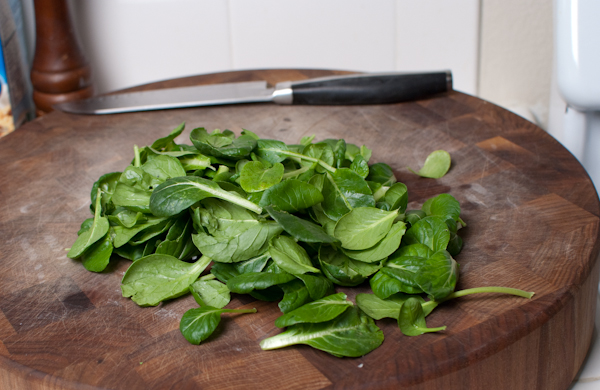 Did you know that goat cheese and feta cheese are different? For the longest time, I thought they were the same, and boy!! I have been missing out! You can use feta cheese if you like, but if you do, you’ll be missing out too. You have been warned.

Get your eggs in a bowl: 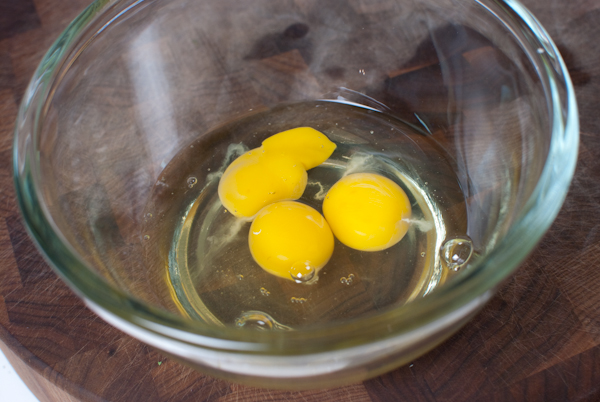 Add a wee bit of salt and pepper to the eggs, but don’t over-do it. The goat cheese and Parmesan cheese have got their own salty thing going on. 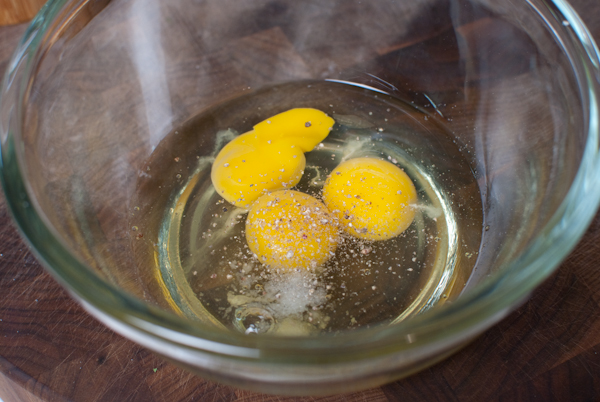 I had almond milk on hand, but you can use any kind you have on hand. Almond milk is quite delicious! Go ahead and add the half cup. 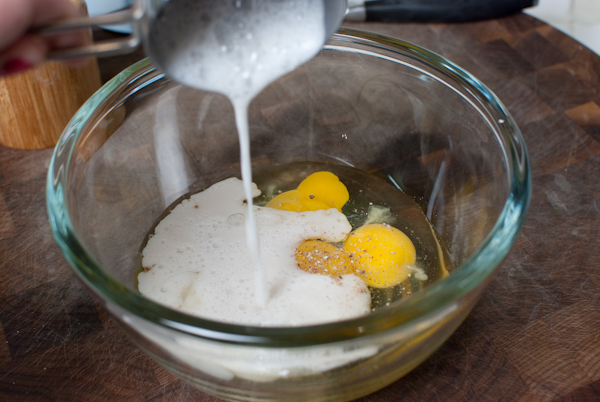 Add the Parmesan cheese, and whip that baby up! 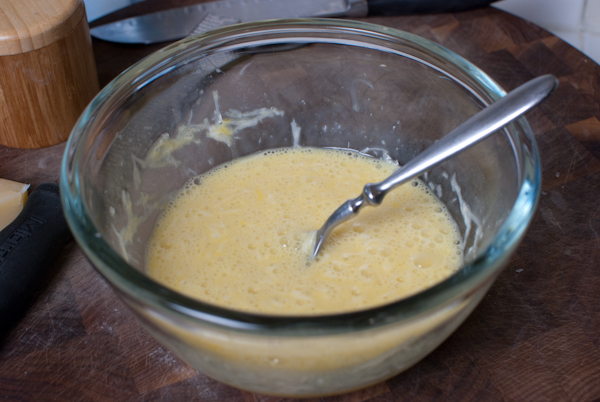 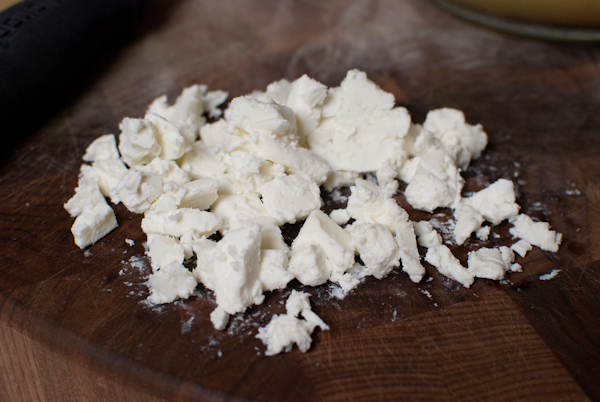 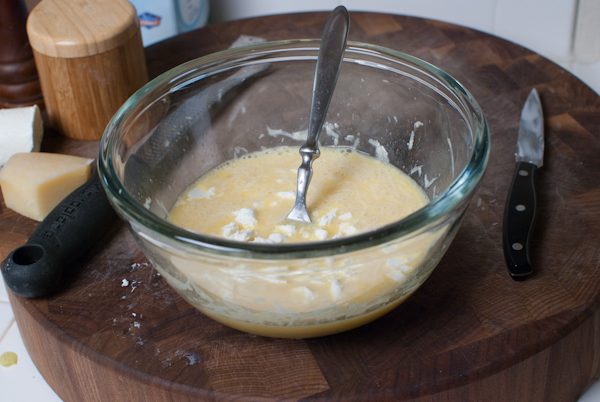 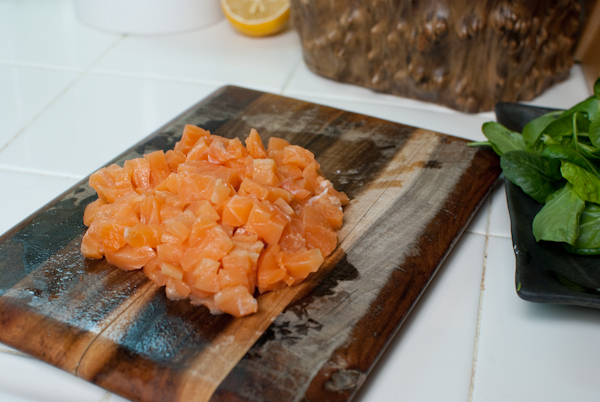 Add that to the mix: 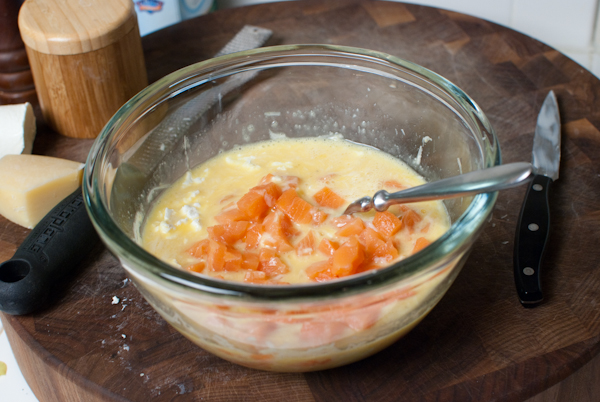 Now, return to the onions, and add that lovely fresh spinach! 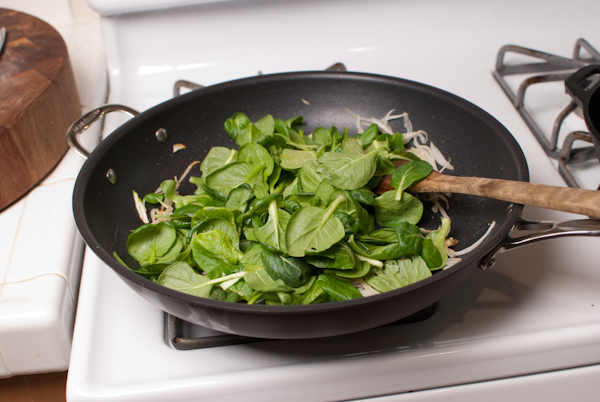 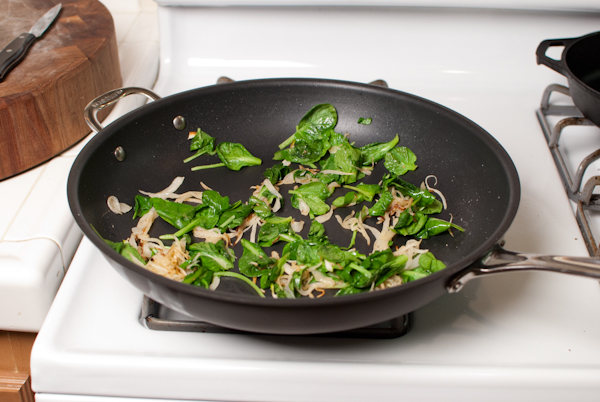 Place the onion and spinach in the pie pan (that was heating up in your 350 degree oven…. I forgot to mention that above. Read your recipe’s people!! ;-)) 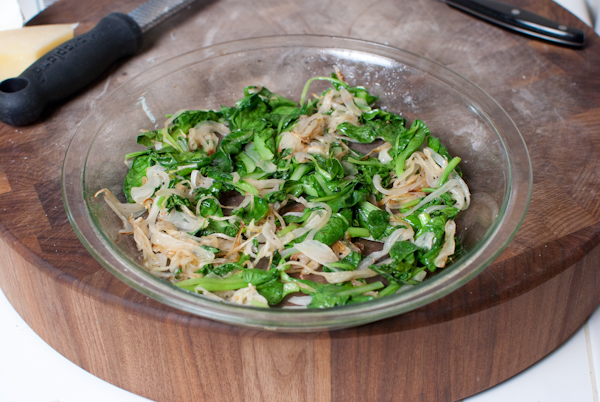 Pour in the egg mixture… 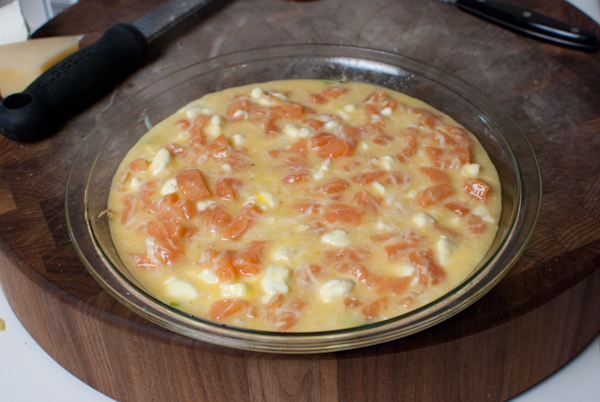 Bake in your oven for 40-45 minutes until set and light golden brown! 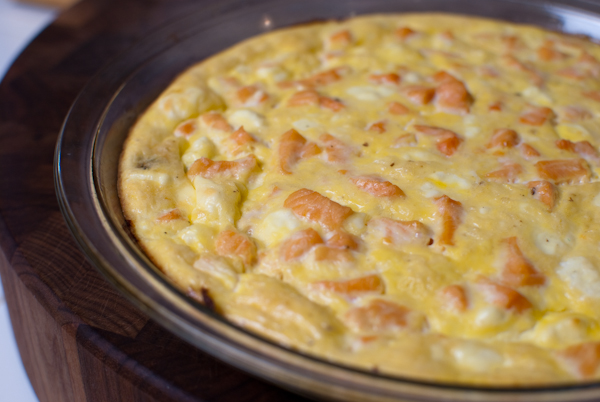 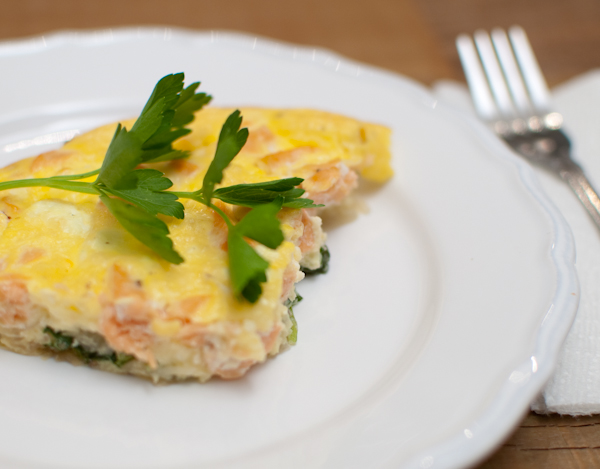 Pre-heat oven to 350 degrees, and place a glass pie pan inside to heat up. Saute the onions until translucent, seasoning with a pinch of salt and pepper. Don’t season too much because the cheeses have their own salty goodness going on. Meanwhile, combine the eggs, parmesan cheese, and milk, and whisk vigorously until combined. Add the goat cheese and salmon to the mixture, mix, and set aside. Slightly wilt the spinach in the pan with the onions, remove the pie pan from the oven, and spray with olive oil. Spread the spinach mixture in the bottom of the hot pie pan, pouring the salmon/eggs mixture over the top. Place in the oven for 40 – 45 minutes, until the eggs are firm and the salmon is done.

Previous Post: « Wake Up! Grab A Brush and Put A Little Makeup!
Next Post: Heavy Metal Foodies (and a GIVEAWAY!) »