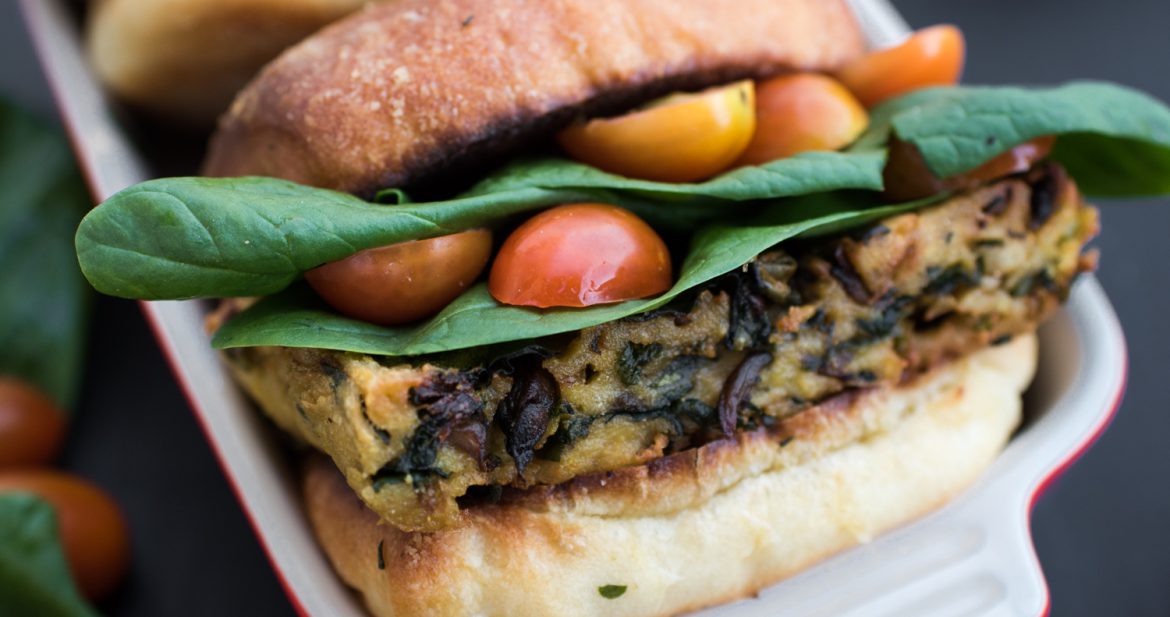 Today, as our journey through Deb Perleman’s book continues, Spinach, Mushroom, and Goat Cheese Slab Frittata is on the menu! Last week, we made the Breakfast Polenta Bake, omitting the eggs and cheese, and subbing in nutritional yeast. That was pretty easy, because the polenta was the bulk of the dish. To “veganize” this dish would take a little more research. 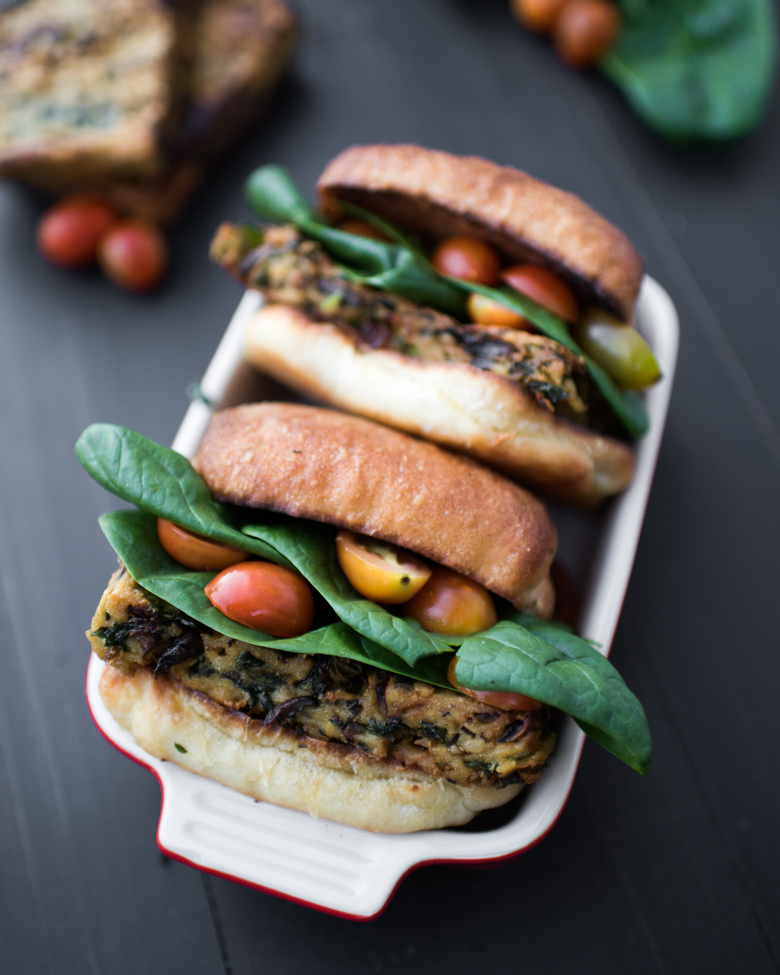 I’ve heard of tofu scrambles, and though I’ve never made one, I wasn’t convinced that it would mimic the texture and girth of what I wanted this dish to be. Then, I heard about people using chickpea or garbanzo bean flour to bring vegan “egg” dishes to life. I was still skeptical, but kept digging. 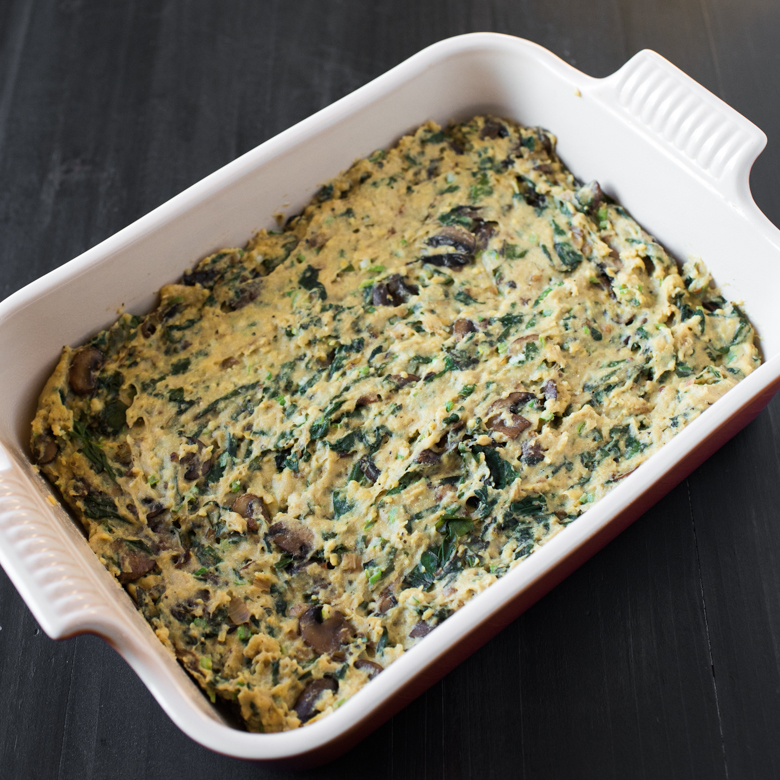 It was then that I finally stumbled on David Lebovitz‘ recipe for Panisse, and I finally got it.

The problem calling things a “vegan frittata” is that the ingredients get lost. What the f&$* is in a vegan frittata?! Then you go down this rabbit hole of not knowing what you’re really eating. Whatever you’re eating is vegan, but you don’t know what the heck it is made out of, and surely don’t know what kind of nutrients you’re putting in your body. 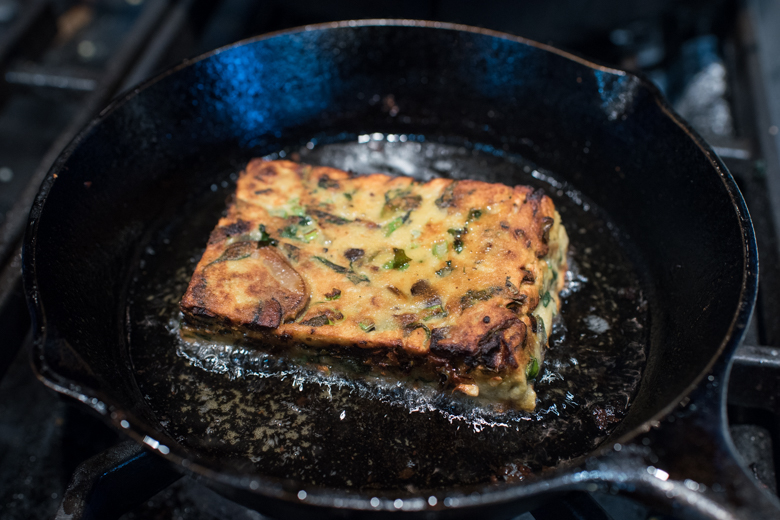 A panisse is made by re-constituting chickpea flour with water. It’s made just like polenta – by heating up water, and slowly whisking in the flour, to make a smooth paste. You cook it for awhile, and pour it into a dish. Just like polenta, it sets up, then you cut and fry it up. The result is a lovely morsel that is crispy on the outside, and has a custard-like texture on the inside. So, since it’s kind of like eggs in the custard-y sense, I figured it would be a great substitute in Deb’s recipe. 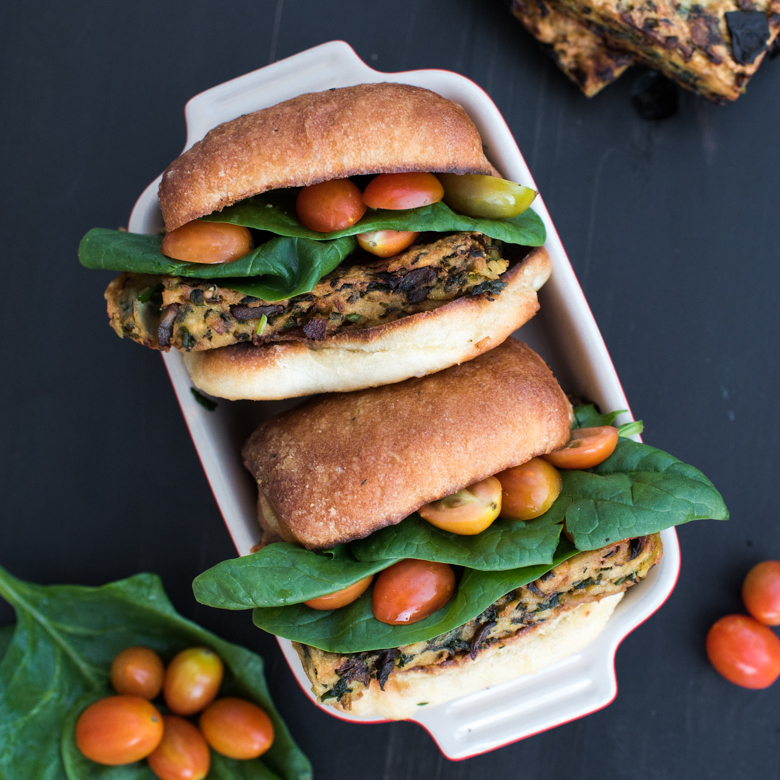 Needless to say, they turned out AMAZING. You can serve them on a bed of lettuce with tomatoes, or serve them like I did here – on ciabatta rolls with fresh spinach and tomato. You can also add a slice of vegan cheese to really make it a breakfast party! 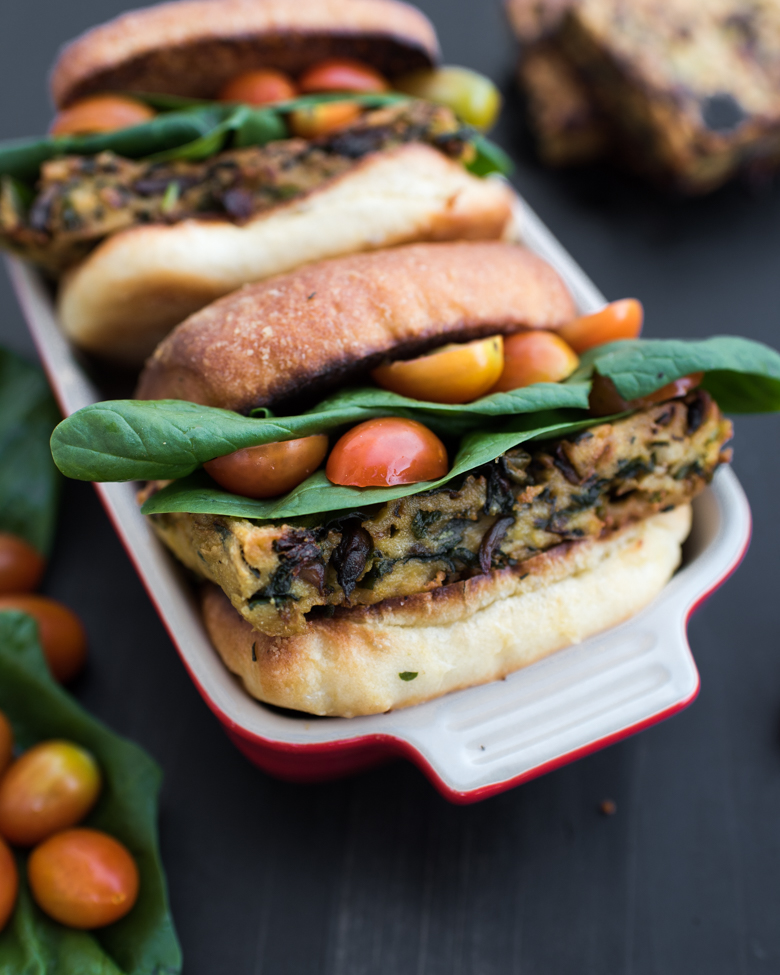 If you’d like to cook through Deb Perleman’s book with us, make sure you join our Facebook group, Tuesday’s Menu! There’s a schedule up where you choose one of the listed recipes, and every other week, we share our experiences! Come along, and join the fun! 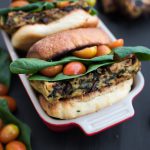 Panisse is a dish from the region of Provence, France, consisting of chickpea flour that is hydrated with water, and allowed to cool. Like polenta, it hardens as it cools, is sliced into planks, then fried, making a crispy exterior, and custard-like interior.  This features sautéed mushrooms and beet greens, and is utterly amazing!
Course Breakfast
Cuisine American, Vegan
Prep Time 10 minutes
Cook Time 20 minutes
Total Time 30 minutes
Servings 6 Slabs
Calories 184kcal
Author Natalie Wiser-Orozco

This is a great way to use up beet greens! I used the greens from two bunches. If you don't have beet greens, you could substitute baby spinach.